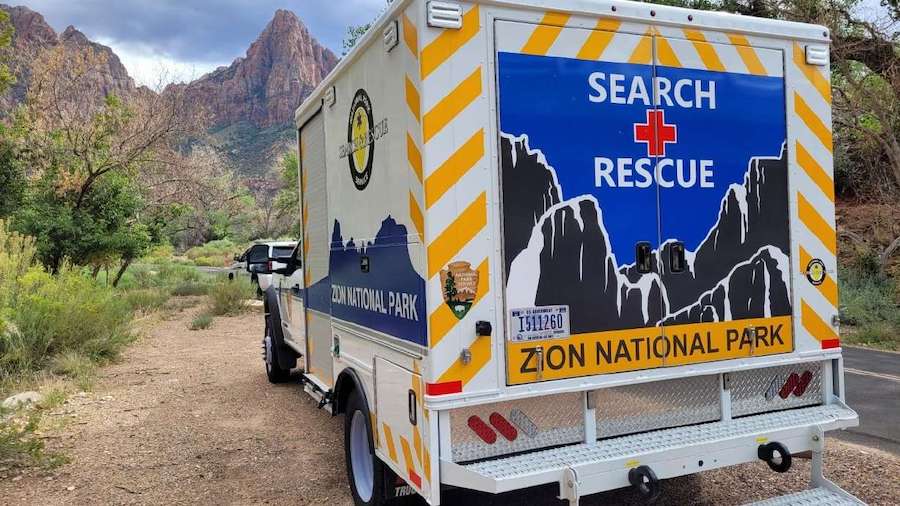 ZION NATIONAL PARK (KSL.com) — One person has died after camping overnight in the Narrows section of Zion National Park.

Park shuttle drivers on Wednesday reported that visitors in the Narrows encountered an injured man and an unresponsive woman.

Further up the Narrows, other team members found an unresponsive woman near the Virgin River. First responders provided emergency aid but found she had passed away, according to a release from the park.

The press release said the two involved were a married couple, a 33-year-old man and a 31-year-old woman.

The pair began a 16-mile top-to-bottom tour of the Narrows on Tuesday. The man reported that they “got dangerously cold overnight and had symptoms of hypothermia,” the press release said.

They stopped about a mile and a half from the north end of the Riverside Walk – a paved path that leads from the Temple of Sinawava to the Narrows.

Early Wednesday morning, the man continued to seek help while the woman stayed behind.

According to the press release, park rangers encountered the man on Riverside Walk, where other visitors helped him along the way. Other visitors, further up the Narrows, performed CPR on the woman before members of the Zion search and rescue team arrived.

“The National Park Service appreciates the efforts of these visitors,” the park said in a statement.

More than 20 members of the search and rescue team were involved in the park’s response.

The Washington County Sheriff’s Office, the Utah Office of the Medical Examiner and the National Park Service are still investigating the cause of the woman’s death as of Thursday evening.

Tenting with No Further Reserving Charges? The Dyrt Has It for...

Sporting and Athletic Items Market Is More likely to Expertise a...

Kristin Harila Says Her Pursuit of Nims Purja’s Report on the...