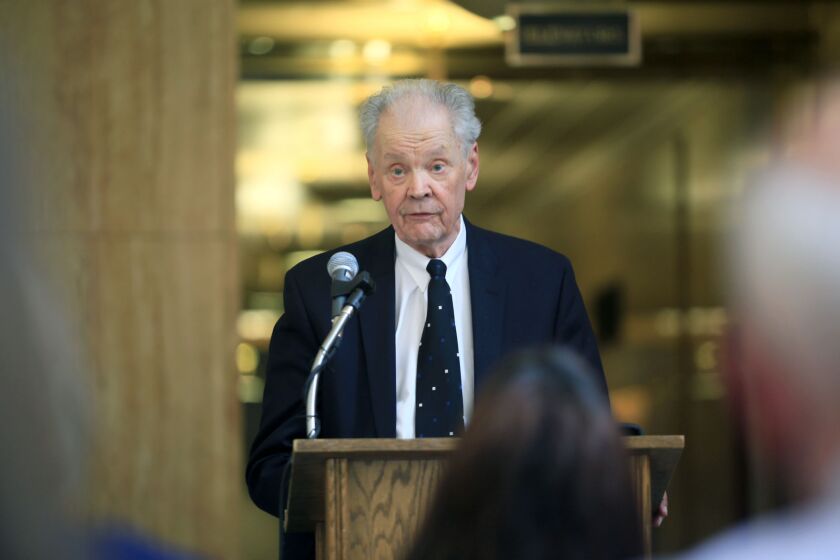 1. Travel conditions in the Red River Valley are not ideal heading into the holiday weekend

WDAY forecasts another round of light snow on Wednesday, followed by two days of blowing snow. Temperatures for the remainder of the week will be well below zero. Saturday is likely to be sunny but cold – with a sub-zero high – and Sunday, Christmas Day, could see more light snow.

According to WDAY, travel conditions will likely be the most difficult on Thursday and Friday.

Blume expects strong winds of up to 64 km/h on Thursday and Friday. This can lead to blizzard conditions – even without snowfall.

Blume said the weather and road conditions are getting a little better on Saturday and Sunday, “but still tough. Not perfect.”

North Dakota Deputy Governor Brent Sanford announced Tuesday, December 20, that he will step down from his position on January 2 after serving six years as Gov. Doug Burgum’s right-hand man. Tammy Miller, the governor’s chief operating officer, will take on the role.

Sanford’s resignation comes into effect just one day before he resumes his duties as President of the North Dakota Senate. The biennial session of the state legislature is scheduled to begin on Jan. 3. The former mayor of Watford City and a certified accountant said in a statement he would like to return to the private sector and focus on his career and family.

“Serving the people of North Dakota as Lieutenant Governor has been the honor of my life and it was not an easy decision,” Sanford said in a press release.

Burgum commended Sanford for his leadership as Senate President and as an advocate for the energy sector.

“From his leadership on key issues such as energy, childcare and economic development, to his influential work with the Legislature as President of the Senate, to his leadership as the Governor’s Commissioner on several state bodies, Brent has made a positive impact on North Dakota’s citizens, economy and Communities far and wide,” Burgum said in a statement.

Burgum introduced Miller as lieutenant governor-on-wait to a crowd of reporters and officials in the Capitol on Tuesday. Sanford, who still had two years in office, was absent from a press conference announcing his successor.

3. The panel will select 3 finalists to fill the vacancy on the North Dakota Supreme Court

A panel has named three finalists to fill a seat on the North Dakota Supreme Court that will become vacant in late January when a longtime judge retires.

Within the next 30 days, Gov. Doug Burgum must either select from the committee’s list of nominees, request a different list, or call a special election. A spokesman for Burgum said he didn’t know how the Republican governor would go about filling the position.

Justice Gerald VandeWalle announced last month that he plans to retire on January 31 after more than four decades on the High Court, including 27 as Chief Justice. The 89-year-old judge, who has been hailed as a legend by world leaders, told the Forum News Service that recent health problems, including Parkinson’s disease, have necessitated his resignation.

According to a court biography, Louser was appointed to the county court position by Gov. Jack Dalrymple in 2014 after seven years of private practice. 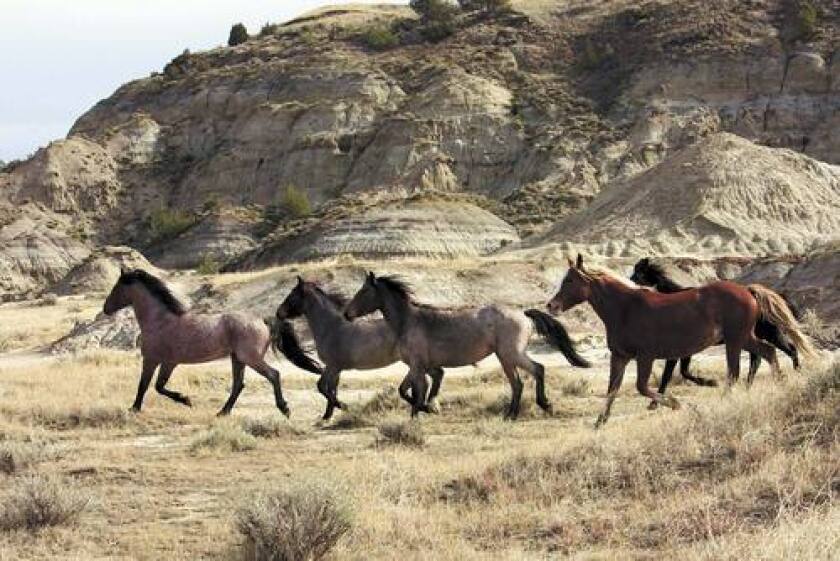 Blaze and his band gallop in western North Dakota. Volunteers gave each of the horses a name and tracked down the 20 or so ribbons.

The wild horses that roamed Theodore Roosevelt National Park’s badlands long before it was established could be captured and removed to gradually eliminate the herd.

The National Park Service has announced that its proposal for dealing with the herd, which has grown to nearly 200 horses, is to reduce the size to zero over time.

If adopted, this course of action would reverse decades of policy at the park, which has kept horses within fenced boundaries to commemorate the free-range era when Theodore Roosevelt ranched in the Little Missouri Badlands in the 1880s.

The park is considering two alternatives, including sticking with the current management plan, which calls for a much smaller herd, or expediting the removal of the horses. Public comments on the options will be accepted until January 31st.

Supporters of the horses – Facebook fan pages have attracted hundreds of thousands of followers – said they were “stunned” and “shocked” by the proposal, which came as the park revised its policy for managing the horses and a dozen longhorn cattle.

Read more from Patrick Springer of the Forum News Service 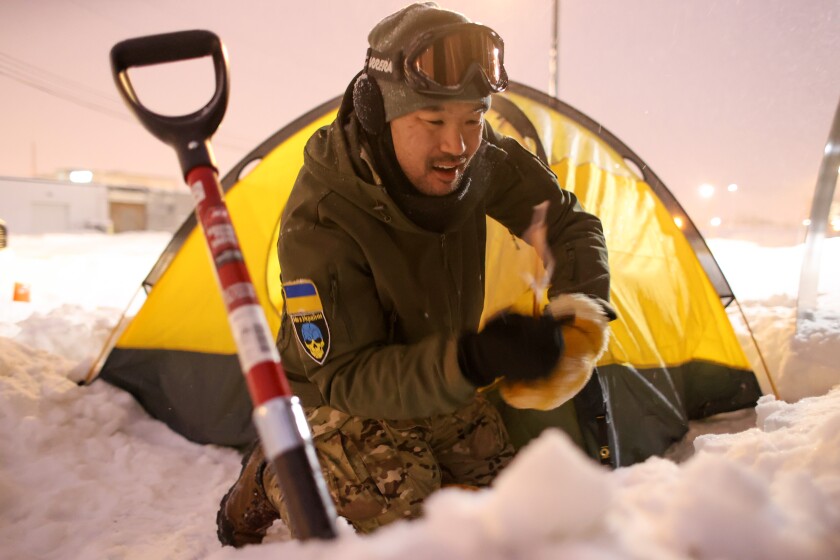 Mark Lindquist assembles support poles for his nylon tent Monday, December 19, 2022 to camp outside the Livewire building, Fargo, as part of his “Operation: Sleep Out,” benefiting Ukraine.

US Air Force veteran Mark Lindquist has a burning passion for charitable causes, but he might not have known how cold he would get when looking for his latest project.

His ‘Operation: Sleep Out’ faces its iciest weather yet on Tuesday December 20, when the overnight low in Fargo is expected to drop to 20 below zero.

The predicted “high” temperature for the next day is minus 8.

Lindquist may be best known for his motivational speeches and singing the national anthem at NFL games and other major events, but this challenge is quite different.

For 17 days ending on New Year’s Day, he will be camping out in a nylon tent at various outdoor locations in the Fargo-Moorhead region to reinforce the plight of the people of Ukraine and ways in which people here can help.

He collects warm coats, boots, hats and other winter clothing from across the region as Ukrainians grapple with power outages caused by the most devastating Russian airstrikes in the conflict entering its 10th month.

Read more from Robin Hübner from the forum

Navigation Lights for boats/tenting and many others.

The UIAA – Worldwide Climbing and Mountaineering Federation – is saddened...