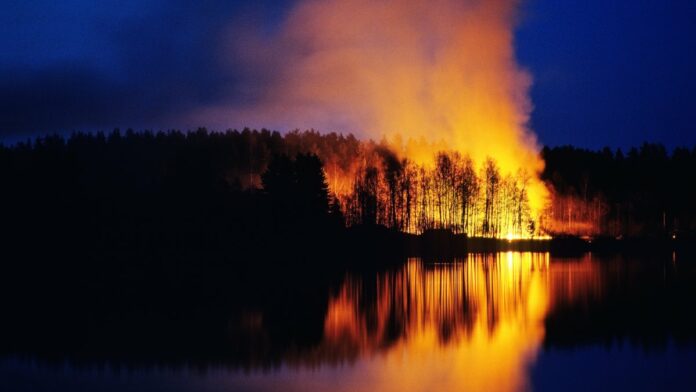 Greg and Julie Welch were relaxing at their campsite in Minnesota’s Boundary Waters Canoe Area Wilderness in August, 2011, when a tiny fire in a nearby bog suddenly exploded into a massive inferno that began racing toward them. At first they were confused: they knew there were small wildfires in the area, but all forecasts suggested there was nothing to worry about—it was humid and rain was on the way. However, an extremely rare convergence of atmospheric events had set in motion what would become known as the Pagami Creek Fire, consuming more than 92,000 acres over several months, making it the biggest wildfire in the state in more than a century. And now the Welches faced only one choice: jump in their kayaks and paddle for their lives.

This episode was brought to you by Go RVing, which wants to help you make the most of your adventures. Learn how easy it is to work from the road or take your family and furry friends with you on your next trip at GoRVing.com.

Out of doors recreation grants get huge bump in funding from...

An Elite Adventurer Reckons with Danger

“I am not carried out but”: Stefan Frei craves extra after...