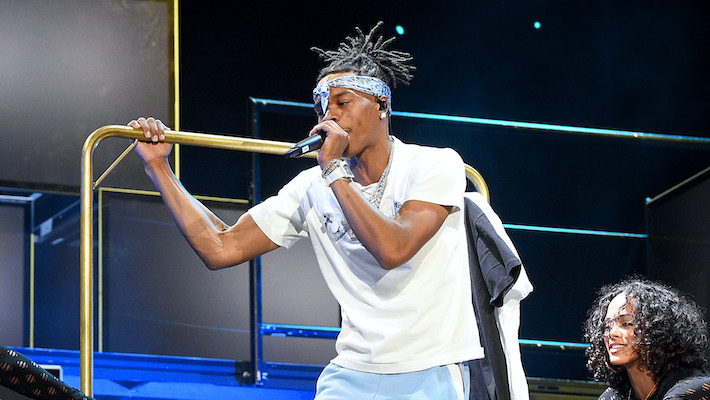 Over the weekend, Lil Baby’s concert in Charlotte got a little livelier than the show’s audience expected when a fan stepped on stage to greet the rising star. How the exchange ended, one could probably imagine without reading the headline: One of the stage attendants threw himself with a flying elbow on the over-enthusiastic concert-goer, knocked him down and dragged him away. Although the fan’s intentions seemed kind enough – it looks like he just wanted a handshake – he got a different kind of pound when the confused rapper wondered, “What the hell are you doing?”

And look, it’s understandable; we’ve all been locked up with very little to do for quite some time. But seldom has a fan climbing onto the stage uninvited brought anything less than a painful result for them. No matter how bored you have been, there is no reason to believe that the rules have changed, even if the lines between stars and their admirers have become “always online” in the social media era.

Meanwhile, Lil Baby can probably just be relieved that security handled the situation and that it wasn’t about fans throwing things on stage. Another rapper, nicknamed Infant, had to dodge a “funky-ass Adidas” on Rolling Loud – though that was DaBaby’s least of a concern, considering what followed.

Check out the video above.

Huge 5 Sporting Items Shares Up 115% in Three-Week On Breakout...

Man lacking after camp catches fireplace throughout in a single day...