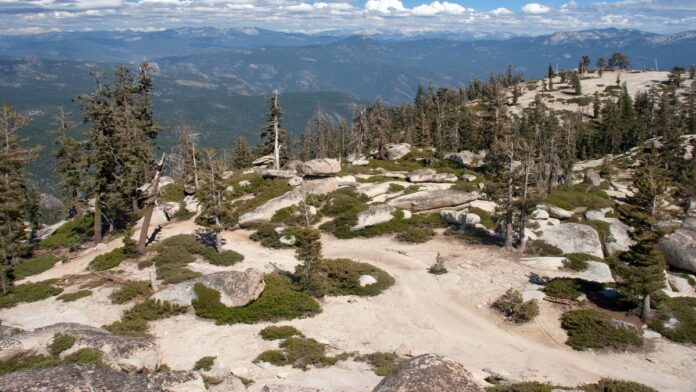 A man is lucky to be alive after he tried to retrace the route of a family that died of dehydration while hiking in California’s Sierra National Forest last year.

Mariposa County sheriff Jeremy Briese said the man—who has not been identified—went missing along the Hites Cove/Savage Lundy trail on June 28. The route was the site where Californians Jonathan Gerrish, Ellen Chung, their one-year-old daughter, Aurelia, and family dog, Oski, were found dead in August, 2021.

The tragedy around Gerrish and Chung generated national intrigue after investigators initially could not determine their cause of death. A months-long investigation found that they had perished from dehydration and heat exposure.

According to local law enforcement, the missing man, who hailed from Michigan, was attempting to investigate the family’s death by following in their footsteps.

“He was not a local man and spoke to the reporting party about the previous deaths and the determination of those deaths, which he found ‘odd’ and wanted to do some personal research on his own,” sheriffs said in a statement.

According the statement, authorities received a phone call on June 29 reporting a missing man. The caller had encountered the man on the trail the previous day and had learned of the man’s intention to research the deaths. After seeing the man’s rented vehicle parked at the trailhead the next morning, the person called authorities.

With the aid of a helicopter crew, rescuers found the man along Hites Cove Road. The man was described as being in his sixties, approximately five foot six inches tall, and wearing sweatpants.

“It is hard not to be angry about this particular rescue mission,” Briese said in a statement. “To have someone purposely put themselves in danger, using vital resources and potentially putting the safety of our staff in danger, all to try and prove us wrong is maddening and quite frankly sickening.”

Authorities said the man complained of having to spend the night at the bottom of the Hites Cove trail because he was unable to locate the exact place where the family had died. He tried multiple times to phone for help, but his calls would not go through.

“He did have two one-gallon water containers with him and was concerned that he was forced to drink water he obtained from the river area and wanted to know if there had been updated algae testing,” the statement said.

According to the Los Angeles Times, medics treated the man for blistered feet and dehydration before he left the scene in his car.

The Final Information to Adventuring in Walla Walla

This Mountaineer Hiked Austria’s Nordkette Traverse in One Day