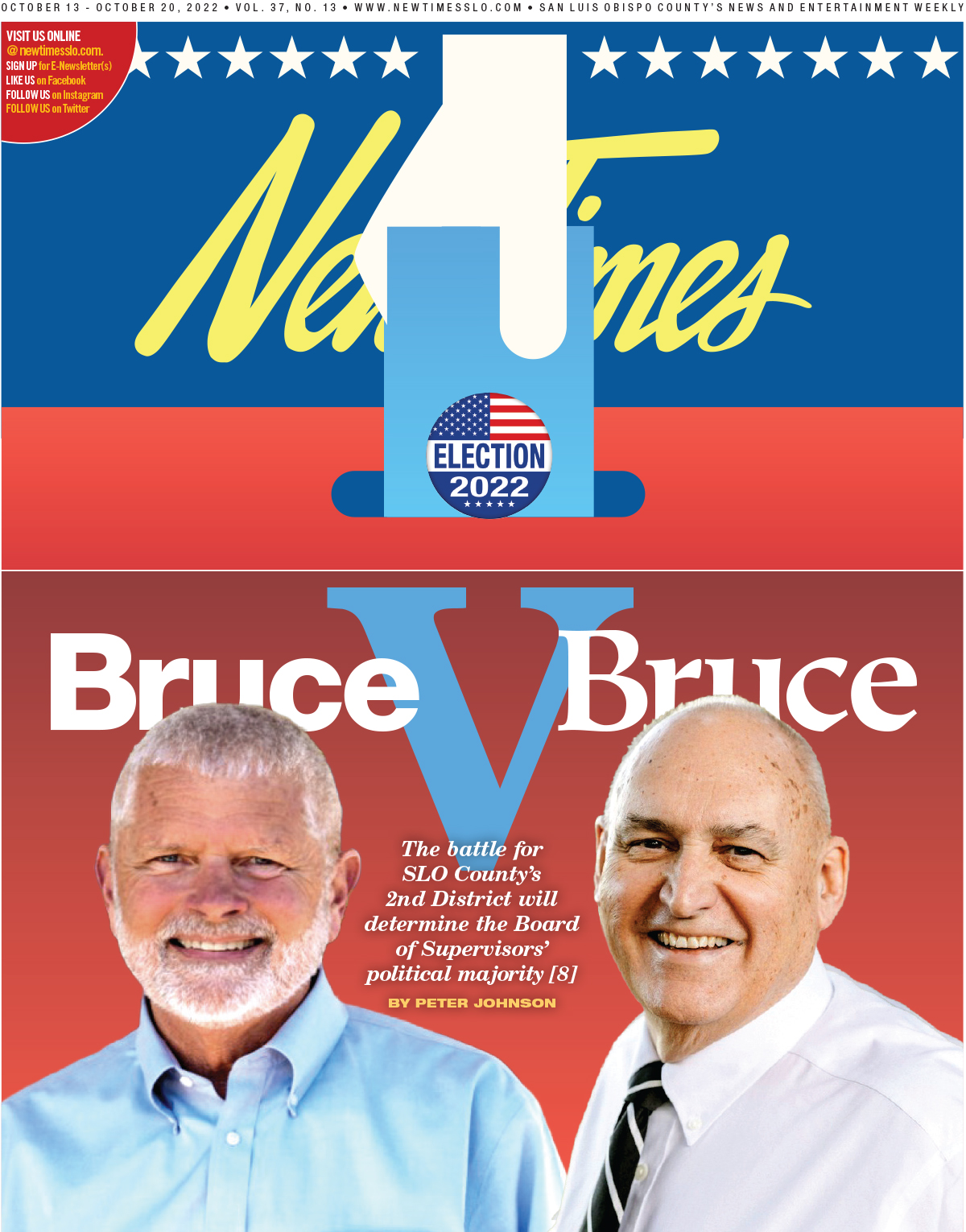 The other type of assessment is an Environmental Impact Statement (EIS), a very detailed, lengthy, and comprehensive assessment intended for large-scale projects that are expected to have significant impacts.

The US Forest Service has proposed an “Ecological Restoration Project” for Los Padres National Forest. It intends to fell trees and clear habitat for the native chaparral over 235,000 acres in the Mt. Pinos, Santa Lucia, Monterey and Santa Barbara ranger districts.

And just to be safe, thousands of acres of land designated by the Central Coast Heritage Protection Act for special wilderness or scenic area protection are included.

It should only be about fire safety, but wildfire research has repeatedly shown that remote removal of vegetation – particularly in the form of clearing chaparral and cutting down old trees – as a fire mitigation strategy is at best ineffective and at worst increases fire risk could.

You are so young and innocent. The forest service has made it clear that it intends to do an environmental impact assessment – that limited, cursory, one-off assessment for smaller projects – and call it good.

Looking at a map of the project area, one has to wonder what part of “major project” the forest service doesn’t understand.

That reminds me: In 2003, George W. Bush launched the Healthy Forests Initiative, which my colleagues at the Sierra Club immediately dubbed “No Tree Left Behind.” A windfall for logging companies based on the false premise that landscape-wide logging — the aggressive “thinning” of millions of acres of upstate forests miles from communities — will reduce wildfires. The HFI has also ensured that categorical exceptions to this notoriously stringent standard include testing an Environmental Impact Statement.

The Sierra Club noted that this represented a proposal “to limit environmental impact analysis, remove the public’s ability to appeal bad projects, increase destruction of wild forests, and roll back scientific forest management by 40 years.” The Sierra Club sued over this EIS exemption provision, and the court subsequently found that the Forest Service’s claim of a categorical exclusion from an EIS was “arbitrary and capricious.”

That was then, this is now. On September 27, Los Padres ForestWatch, the Santa Lucia and Santa Barbara/Ventura chapters of the Sierra Club, and half a dozen other environmental organizations sent the forest service a 68-page letter detailing the extremely problematic nature of their decision to proceed “Ecological Remediation” project minus a full environmental impact statement.

• The US Forest Service regulations specifically identify two classes of actions that “require Environmental Impact Statements.” Of these two classes of actions, Class 2 actions include those “that would materially alter the undeveloped character of an inventoried roadless area or a potential wilderness area”. The “Restoration Project” will significantly impact and alter the undeveloped character of thousands of acres of inventoried roadless areas and potential wilderness areas.

• In 2018, the US Forest Service prepared an EIS for the Monterey Ranger District’s Strategic Community Fuel Break Improvement Project, which covered only 542 acres in the Ventana Wilderness section of the Los Padres National Forest and had only a fraction of the significant impact that project was likely to have .

• The National Forest Management Act directs the US Forest Service to develop land management plans, referred to as “forest plans,” to guide the management of forest resources. The US Forest Service implements a forest plan by approving or disapproving certain projects. The proposed projects must be consistent with the forest plan. The currently proposed project is inconsistent with the Los Padres forest plan, resulting in significant impacts that require full analysis in an EIS.

You can send your own message to the forest service.

The rules are there for a reason. The US Forest Service is required to create an EIS because of the sheer size and recognized importance of the project’s impacts. Δ

Andrew Christie is the director of the Santa Lucia Chapter of the Sierra Club. Reach him through the editor at [email protected]

Will customer numbers to many out of doors sights must be...