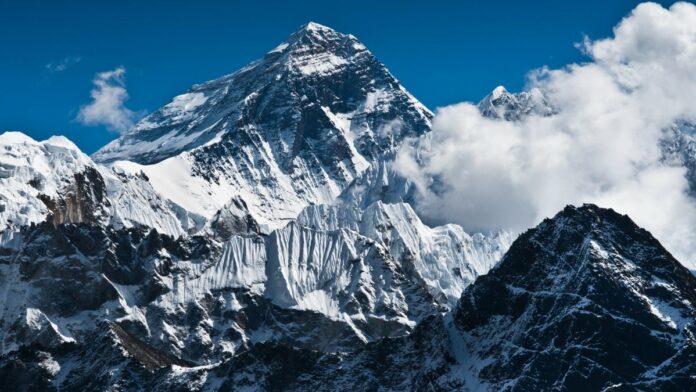 A Russian mountaineer who unfurled a Ukrainian flag atop Mount Everest has drawn the ire of the Nepalese government.

Last week, officials with Nepal’s Department of Tourism denied an Everest summit certificate to Russian climber Katya Lipka, who reached the highest point on the planet on May 24. The news was first reported by the website Everest Chronicle.

Lipka generated international headlines after she flew a Ukrainian flag atop the mountain and then posted a message on Instagram saying she was protesting her home country’s invasion of Ukraine. She climbed Mount Everest while being guided by company 8K Expeditions.

Nepali officials said they were revoking the official register of completion because Lipka failed to attain approval from the local government before flying her flag. The mountaineer also flew a banner atop the mountain that read “Free Navalny,” a reference to politician Alexei Navalny, a staunch critic of Russian president Vladimir Putin who was jailed in March on corruption charges.

A spokesperson from the Nepali Department of Tourism told Outside that the organization has reached out to Lipka and to 8K Expeditions to clarify her action, “which was politically provocative,” the spokesperson said.

“This is not the type of activity that can be excused,” said Surya Parasad Upadhyaya, director of Nepal’s Department of Tourism, the body responsible for issuing climbing certificates. “We will definitely take action.”

Per guidelines issued by the nation’s department of tourism, climbers must disclose the items they plan to bring to the Everest summit to a governmental liaison officer. And while climbers are allowed to fly flags atop the peak, authorities must be made aware of the type and size of the flag, the officials said.

The reason? Nepali officials do not want Mount Everest to turn into a place for political debates.

“This is an extremely sensitive geopolitical issue, which cannot be taken lightly,” Upadhyaya told Everest Chronicle.

According to the news site, Lipka’s Instagram post immediately made waves within the halls of government in Nepal. On June 14, Gokul Prasad Baskota, a former cabinet member and Communist party member, tweeted about the situation. “PM [Sher Bahadu] Deuba should not make the country a playground for foreigners to be in the goodbook of a powerful nation. The country is way above the greed for power,” Baskota wrote.

The following day, the issue was brought to the attention of the Nepalese parliament. Pradeep Kumar Gyawali, a member of parliament, called the action “a shameful display of the government’s flawed foreign policy,” in a statement. “Is this government making Sagamatha [Everest] a geopolitical battleground?” the statement read.

Lipka was not the only climber this year to have her summit certificate revoked. The Nepalese government also denied the certificate to Juan Diego Martinez Alvarez of Mexico, who played an electric keyboard on the summit. According to Everest Chronicle, the 19-year-old did not get permission to bring the instrument to the top.

Ben Ayers contributed to this report.