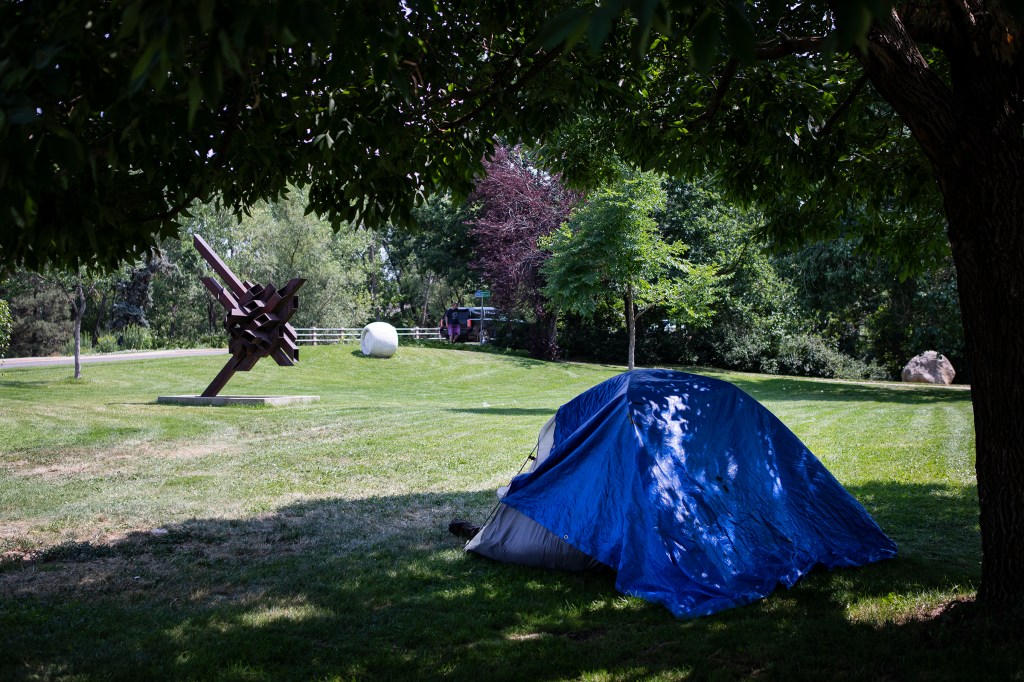 The ACLU’s Colorado Chapter sent a letter to Boulder asking the city to put in place a moratorium on enforcing its winter camping ban.

The letter was dated Thursday and addressed to Boulder Police Chief Maris Herold, along with the city council and city attorney and city manager.

“Now that the coldest season of the year has officially arrived and the city has no doubt that many of its residents have to sleep outside at night, the ACLU is calling on the Boulder Police Department to introduce a moratorium on the enforcement of the so-called camping ban … and a ban on tents on city properties … at least until the end of winter, “the letter said. “Using these measures to criminalize people for surviving outside when there is nowhere else to go is cruel, dangerous and unconstitutional.”

In addition to its city camping ban, Boulder passed a new ordinance in April banning tents and propane tanks in city parks and public spaces.

The letter asked for a reply by the end of Friday.

Boulder City officials and police could not be reached by the Daily Camera for comment.

The ACLU cited a report from the Boulder Reporting Lab that said the Boulder Shelter for the homeless was busy and turned people away. The shelter this year repealed its policy that residence is required to use the shelter.

“In the past, the city has defended the aggressive enforcement of its camping ban by citing persistent unused beds at (Boulder Shelter for the Homeless) and using that data to spread a damaging narrative that people on Boulder’s streets were ‘service-resistant’ are. and voluntarily vacated, ”says the ACLU letter. “But as we emphasized last summer, empty beds in the shelter were a product of Boulder’s policy of exclusion and not the personal choice of its uninhabited residents.”

Boulder’s dealings with the homeless have been in the foreground in the last few weeks after the death of an unregulated woman and her baby.

“If tragedy can do any good, these unacceptable losses must be a wake-up call to the city that treating our uninhabited neighbors as criminals can be fatal,” the letter said.

Sean Bailey in Proof of Idea

Out of doors Restoration Partnership Act would scale back fireplace threat