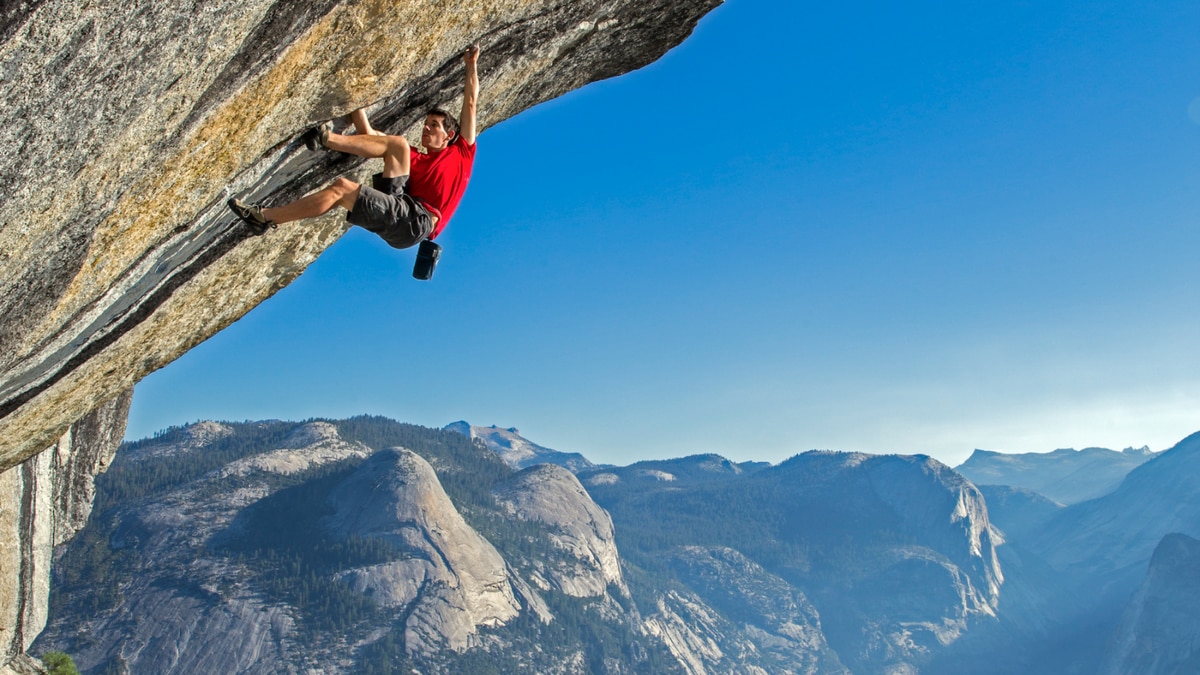 The first man to climb El Capitan without ropes is not impervious to fear.

Big wall climbers Alex Honnold and Sanni McCandless are expecting the arrival of their first child this week.

McCandless she had “never been a particularly patient person” and the due date couldn’t come soon enough.

She recently revealed via Instagram that pregnancy has not slowed her down, relying on the “occasional climbing afternoons, walks, and pep talks from Alex” to get her through.
While Sanni McCandless was still finding time to climb and looking forward to being a first-time mum, Honnold was less certain he’d have the stomach to return to high-risk climbing. At least he might think again about soloing El Cap as a new father.

In an interview with Outside magazine the climber said he expected that the responsibilities may change their risk-tolerance. Both for their own expeditions and – just in case – one day their daughter decides to take on unassisted climbs.

“I’m totally prepared for it to rein in my risk-taking a little bit,” he said, after revealing the news last year.

The famously cool-headed American mountaineer shot to international fame after becoming the first man to free-solo the Freerider route on El Capitan in 2017.

The historic achievement was documented in the Oscar-winning film Free Solo – named for the discipline of climbing without ropes, assistance or safety lines.

“I have no huge soloing goals right now, but I have a few ideas on the back burner that may eventually come together.”

At the moment the 36-year-old says the only adventure definitely on the horizon is that of fatherhood.

When asked if he would give his blessing to his daughter to take up the dangerous family business, he said he’d traverse that problem when he got to it.

“The idea of ​​her free-soloing seems so far away that I’m not too concerned.”

He wanted their daughter not to grow up with the pressure of following in her parents’ footholds.

“I’m certain she’ll have a strong appreciation for the spectrum of risk, from hiking to scrambling to free soloing,” he said.

“She’ll grow up clambering around on rocks. But whether or not that ever turns into soloing will be a much bigger question.”

Asked if this laissez-faire attitude might change if, down the line, she decided to attempt the Freerider route, he was a little less relaxed.

“Well, I’d probably be pretty concerned,” he said. “Hopefully it’s a bridge we never have to cross.”

“The Freerider” was first climbed by Thomas and Alexander Huber in 1998 and was the route by which Honnold free-soloed El Capitan.

Tie a Bull Hitch Knot to a Carabiner #shorts #paracord

ICYMI with Salem Reporter: Rachel Alexander will get behind the realm’s...