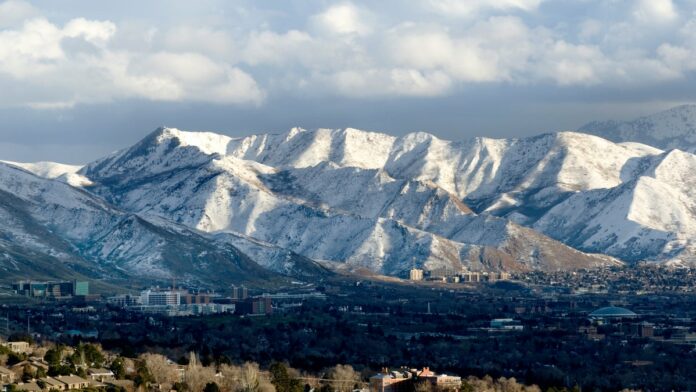 On March 12, well-known alpinist Willie (Guillermo) Benegas was seriously injured in a large avalanche in the Silver Fork Drainage of Big Cottonwood Canyon, about 15 miles from Salt Lake City. The 54-year-old Argentine was co-guiding a group of six women skiers with Winslow Passey, another experienced guide. They had split into two parties, and Benegas was downslope of his two skiers, watching them drop into a gully. The first woman skied her line without incident, but a slab of snow broke loose when the second skier descended.

While his clients skied safely out of the slide path, Benegas was buried beneath six and a half feet of snow. The incident occurred at approximately 12:30 P.M. and it took 23 minutes for the women to locate Benegas, dig him out, and clear his airway.

Benegas has decades of experience on high peaks—including 13 Mount Everest summits—and, alongside his brother, Damian, founded the renowned Benegas Brothers guide company in 1992.

“In backcountry skiing, we thread the needle all the time,” he says. “We are often lucky, and sometimes we are not.”

Benegas sustained four broken ribs on his left side, two on his right, a bruised lung, and facial lacerations. He expects a full recovery to take at least two months.

According to a report from the Utah Avalanche Center, snow at this site accumulated over facets (angular grains that do not bond well with other snow) from late January through early February, burying the facets about 60 centimeters (TK inches) below the surface. The result was  a weak snowpack, particularly touchy in the gully where Benegas was buried. That day, the center had issued a special bulletin, warning skiers that the snowpack was particularly unstable in northern and central Utah. Eleven avalanches were reported statewide on March 12 alone.

“It has been an extremely difficult year,” Benegas says. “Our snowpack has been challenging to forecast on the micro-terrain assessment aspect.”

Benegas attributes the accident to overconfidence, as he estimates he has skied that same slope 150 times without incident.

“As we approached the last bench, we put pressure on the slope and nothing happened,” he says. “I was sitting on some rocks on a steep area, watching my clients making turns down the slope. I don’t remember how it broke, but the slab released. I screamed, ‘Avalanche,’ keeping my eyes on my clients. The last thing I remember was seeing my client ski to safety as I started riding the wave. Then everything went blank.”

Benegas says he called for help after he was buried, but then he remembered his survival training.

“I became calm, knowing my teammates would start to search for me. I slowed my breathing, to conserve as much of the oxygen within my small air bubble as I could, and waited,” he says. “As I was trapped, I thought, So this is how I will die. The only way to survive was to shut down, to go into hibernation. I visualized my teammates with probes, and then I guess I became unconscious.”

Fortunately, Passey—who was with the other four skiers, three of whom had avalanche training—was nearby and orchestrated a rescue. She had one skier call 911 and asked two others to affix their skins, should they need to climb to his location. Passey located Benegas but couldn’t get a beacon reading of lower than 1.6 meters (about 5.2 feet), meaning he was buried far beneath the snow’s surface. After a positive probe strike, the women began digging, and they uncovered a boot first: he was facing diagonally downhill, so it took significantly longer to finally remove the snow from around his head and clear his airway.

While they were rescuing Benegas, another party of skiers passed above them in the gully, triggering a small slide as well. Although the slide didn’t reach the women, it served as a reminder that the entire gully was unstable. Passey later documented the incident in a written report for the Utah Avalanche Center.

Benegas was breathing but unconscious. Ski patrollers from nearby Solitude Mountain Resort arrived on the scene just five minutes after he was unburied and helped the group get him out of the gully and into a zone where he could be airlifted to a local hospital; a helicopter arrived at 2:30 P.M. He was in critical but stable condition.

Damian Benegas returned to the area the next day, in an effort to understand what caused the avalanche. “I could only see a long, 250-foot-by-70-foot debris field that ended in a small creek at the end of the slope. It was a miracle my brother didn’t hit a tree, as the slide’s base ended in a dense grove of pine trees,” he says.

A GoFundMe campaign has been created to help Willie Benegas continue his recovery and support his family with the daunting expenses.

“The bottom line is, we should not have been there, and we triggered the avalanche,” says Benegas. “Kudos to the ladies—I owe them my life.”

I Have a Confession to Make. I Like Driving My Bike...

Three Main Takeaways From This Week’s Earnings — From Sporting Items...