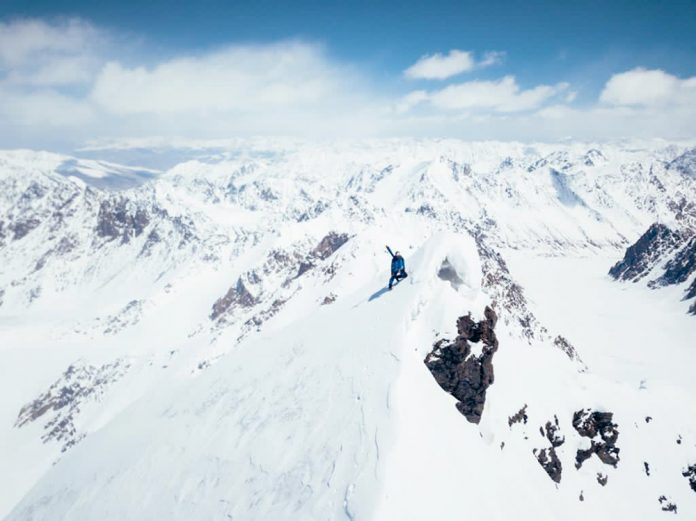 On 30 April Andrzej Bargiel made the first ascent Yawash Sar II (6178m) in the Karakorum, Pakistan. Having reached the summit via the west face, the Polish mountaineer then made the mountain’s first ski descent.

Poland’s Andrzej Bargiel has made the first ascent of Yawash Sar II (6178m) in the Ghujerab mountains in Pakistan’s Karakorum. Famous above all for the historic first ski descent of K2 in 2018, Bargiel set off at 4 am and initially climbed the West Face with his climbing partner Jędrek Baranowski, before continuing on his own from about halfway.

The 33-year-old reached the summit shortly before 11.00 am local time and after a short, icy abseil he then proceeded to make the first ski descent. Joined by Baranowski on his way down, Bargiel then commented   t 2 hours he descended on skis. “The wall was very demanding, especially in the summit cone, but the descent was quite enjoyable”

Yawash Sar II had been attempted several times in the past, as of 2011 according to the American Alpine Journal when a small Polish expedition led by Janusz Majer and Krzysztof Wielicki published photos of the mountain from the north. In 2018, Wielicki and Jalal Uddin actually attempted the west face, but were forced turn pack after reaching circa half-height.

The ski descent of Yawash Sar II is the first objective of Bargiel’s expedition, which is now heading towards one of the most beautiful slopes of all, namely Laila Peak. As reported in 2018, the spectacular north-west face was skied for the first time by France’s Carole Chambaret, Tiphaine Duperier and Boris Langenstein and, shortly afterwards, by Italy’s Cala Cimenti and Matthias Koenig.

Out of doors Circumstances (eight/26): Hikers are reminded to hydrate, put...

A New Training Heart in Montrose Goals to Make Out of...