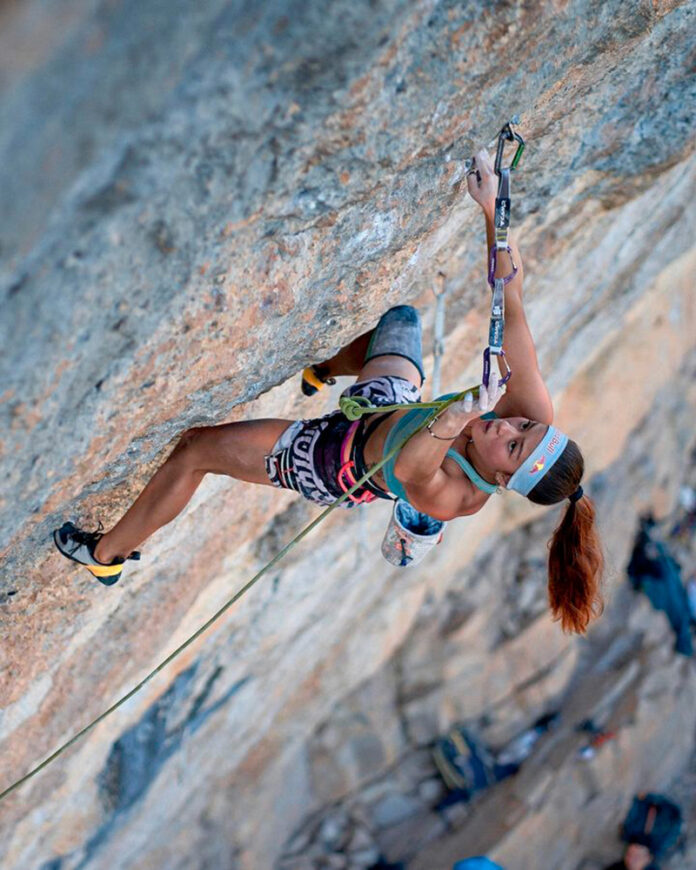 18-year-old Australian rock climber Angie Scarth-Johnson has repeated the 9a Pornographie at Céüse in France.

At the start of the year Australian climber Angie Scarth-Johnson laid down her ambitious objectives for 2022: Víctimas Pérez at Margalef in Spain and Pornographie at Céüse in France. Both are extremely physical, and both are graded 9a. The 18-year-old will now have to consider taking on some new challenges because after repeating the former at the start of June, a few hours ago she also redpointed the Céüse power piece.

First ascended by Alex Megos in 2020, Pornographie packs a punch with a brutally bouldery start that then leads past some long moves through the central section before finishing up more easy ground.

Scarth-Johnson tried the route last summer on her first-ever visit to this limestone climbing mecca and although she initially had other routes in mind, she quickly decided to concentrate her efforts on this line. Success proved elusive however and after abandoning the project in August, she travelled to Margalef where in September she successfully climbed her first 9a, Victimas del futur. Throughout winter she climbed and trained specifically with these two routes in mind and has now reaped the rewards.

This now ranks as one of the hardest female ascents at Céüse, with standout ascents including Mélissa Le Nevé’s 2014 repeat of the Baa Baa Black Sheep 8c/+, Miho Nonaka’s 2021 repeat of Mr Hyde 8c+, and of course the historic first female ascent of Biographie 9a+ at the hands of Margo Hayes in 2017.

Scarth-Johnson made headline news in 2014 when, aged a mere 9, she became the youngest in the world to climb 8b with her ascent of Swingline at the Red River Gorge, USA. She upped this one year later with her repeat of the 8c Welcome to Tijuana 8c in Rodellar, Spain. In 2017 she climbed her first 8c+, Lucifer at Red River Gorge, aged a mere 12.

Outside Retailer present transferring again to Utah after 5-year keep in...

KPCTA to put in tenting pods at 10 extra spots

The Case for ATVs | Exterior On-line

Go away No Hint