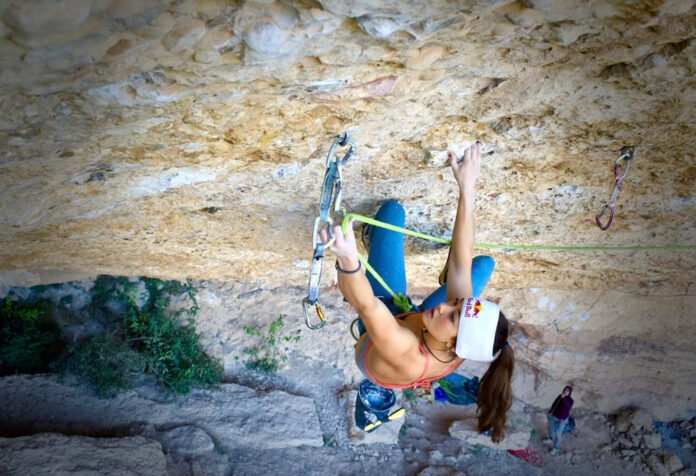 18-year-old Angie Scarth-Johnson has repeated Víctimas Pérez, a burley 9a on the painful pockets of Margalef in Spain, first ascended in 2008 by Ramón Julián Puigblanque. The Australian worked the line extensively over the last two seasons, falling off the top moves on numerous occasions.

The rise in temperatures that marks the end of the Margalef season gave her the motivation to dig in that little deeper and, after flashing the nearby 8b Pur et dur, she finally stuck the redpoint crux and clipped the anchors. Víctimas Pérez is Scarth-Johnson’s second 9a, after repeating Victimas del futur in Margalef in September 2021.

In 2014 Scarth-Johnson had made headline news when, aged a mere 9, she became the youngest in the world to climb 8b with her ascent of Swingline at the Red River Gorge, USA. She upped this one year later with her repeat of the 8c Welcome to Tijuana 8c in Rodellar, Spain. In 2017 she climbed her first 8c+, Lucifer at Red River Gorge, aged a mere 12.

Mountain climbing in Utah Valley: What you could know

If you would like to obtain a reminder for subsequent Monday’s...