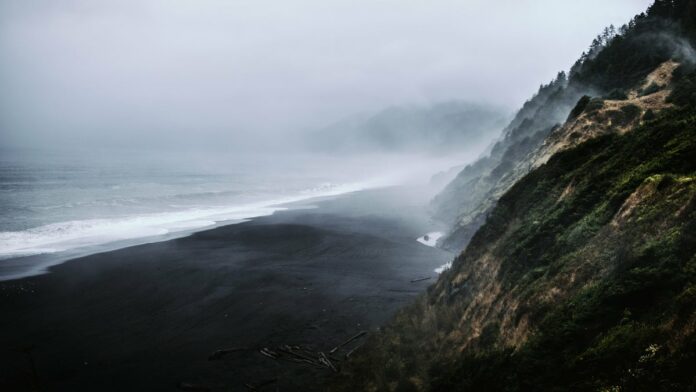 First responders are once again warning hikers about the dangers posed by “sneaker waves” after a set of the unusually powerful waves washed two hikers out to sea on Northern California’s Lost Coast Trail last weekend, leaving one dead and another injured.

On the afternoon of May 29, the Shelter Cove Fire Department received a call that waves had swept two people into the ocean roughly a mile north of the Black Sands Beach trailhead. In a press release, the department said that it sent a team, including two ocean rescue units and two beach rescue units, to the scene. After making the 5-mile trip from their marina through 15- to 20-foot swells, the rescuers’ boat and jet ski found one person treading water in the “frigid” water among heavy waves and another floating face down about 50 to 100 yards offshore. Paramedics declared the unconscious person dead on scene and transported the conscious hiker by boat and air ambulance to a hospital.

Speaking to CBS13 news, Shelter Cove Fire Chief Nick Pape said that it appeared that one of the hikers had entered the water to help the other. Pape told the station that the area where the incident happened is well known for “sneaker waves,” sets of abnormally large waves that strike without warning and can reach up to 150 feet farther up the shore than other waves, unexpectedly dragging people out to sea. According to the National Weather Service (NWS), “for much of the West Coast, sneaker waves kill more people than all other weather hazards combined.”

“People arriving on the beach see the smaller waves and assume they are not going to run up on the beach any higher than what they are currently observing,” the agency wrote. “Based on what they see, they get too close to the water and stop paying attention. It is this calm that lulls people into a sense of security. Survivors all say the same thing: They thought they were far enough from the surf to be safe. They never saw the wave coming.”

To avoid becoming victims to sneaker waves, the NWS recommends that hikers and other beachgoers practice vigilance on dangerous sections of shore by checking the weather forecast, staying farther away from the water than they think is necessary, watching the ocean carefully for any sign of large waves, and staying away from large logs, which sneaker waves can dislodge.

The 53-mile Lost Coast Trail traverses one of California’s last remaining sections of wild coast. As Backpacker’s Kristin Smith wrote last year, “several sections of the northern Lost Coast Trail can’t be hiked at high tide, and unwary hikers can be caught by the advancing waves with no way to escape.”

Breaking: Nick Begich will get unanimous endorsement for Congress from Alaska...

How This Surfer Nourishes His Thoughts and Physique

Sporting and Athletic Items Market Overview and Aggressive Panorama 2022 to...