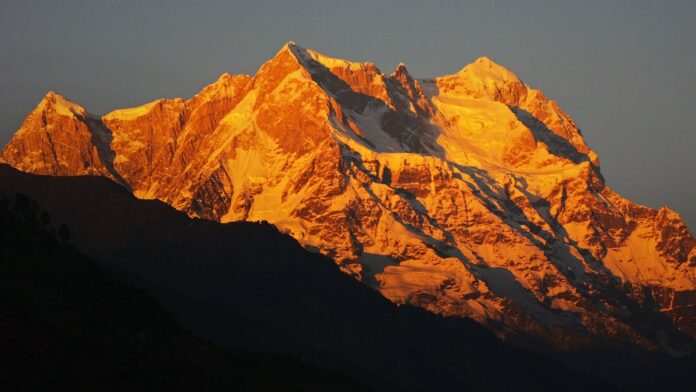 Officials in India believe that ten mountaineering students are dead after being struck by an avalanche on Draupadi Ka Danda-II, a 19,000-foot mountain located in India’s Gahrwal Himalayas range on Tuesday morning.

According to reports from Times of India and other outlets, the disaster occurred on the Dokriani Bamak glacier. There are conflicting reports about the exact location of the disaster on the glacier. A school that specializes in Alpine training called Nehru Institute of Mountaineering was leading a course on the peak when the disaster struck. The Indian Express reports that the group comprised 42 people: 34 students, seven instructors, and a nurse. The avalanche trapped at least 30 people.

A release from India’s disaster response force said that the slide hit the group as they were descending.

“In the morning all were roped up and a sudden avalanche hit them. Because they were roped up, all were trapped under the snow,” said Ridhim Aggarwal, the inspector general with India’s disaster response force.

Rescue operations began later on Tuesday, with The Washington Post reporting that two helicopters from the Indian air force aided in the search, alongside separate rescue teams from the Indian army and the national disaster force. Times of India reported that at least eight climbers had been saved from the slide. Searchers were looking through the debris for other survivors, and they had discovered at least ten bodies in the snow.

The region is located in the Indian state of Uttarakhand near the country’s border with China. The remoteness has slowed rescue operations, officials said.

“Fresh snow, massive crevasses, and accessibility is a major challenge as one has to trek for around two days from Bhatwari through Tela and Jungle Chatti to reach the area,” Piyoosh Rautela of the Uttarakhand disaster management authority told The Times of India.

The Indian Express reported that the climbers had been taking classes in backcountry safety and mountaineering since September 14, and that they had already completed a course in rock climbing prior to their expedition on the glacier. The group was undergoing its high-alpine safety training on the glacier, and had arrived at Base Camp in late September. They were taking part in a class in high-altitude navigation when the avalanche occurred.

India’s Prime Minister Narendra Modi addressed the disaster on Tuesday evening, saying: “It is saddening that we have lost precious lives of those associated with a NIM Uttarkashi mountaineering expedition. Condolences to the bereaved families.”

This story is developing.

Tenting gaining a foothold in Japan by way of rental choices

Again Chat: Courtney Duncan on climbing mountains with a worry of...

Be a part of Detroit Parks & Recreation at SummerFest Saturday,...