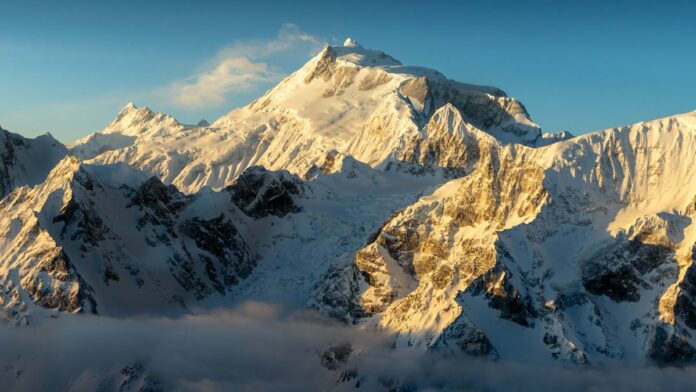 At 9 A.M. on Saturday, October 1, a massive avalanche swept down the lower flanks of 26,781-foot Manaslu and enveloped dozens of tents in the mountain’s Base Camp. Video of the huge slide quickly spread online. As the snow clouds receded, the damage was visible: approximately 35 tents were buried or torn apart. But everyone in the camp was safe.

Later that morning, another avalanche occurred higher on the mountain, which killed Nepali guide Dawa Chhiring Sherpa, who had been descending from Camp 2 to Camp 1, which is located at 18,700 feet. Dawa had been working with the outfitter Seven Summit Treks, which quickly announced it was ending its expedition.

“Today we lost an honest and experienced guide, who summited Everest five times and multiple 8000ers. We decided to call off the expedition,” Tashi Lhakpa Sherpa, one of the founders of Seven Summit Treks, told Outside.

“This has been a terrible season,” Tashi Lhakpa Sherpa added. “The weather is not really predictable and there has been too much rain in the area.”

#Manaslu update: Following multiple big avalanches & the loss of our dear friends on the mountain, as well as the current & future weather conditions – we have taken the decision to call off this year’s @eliteexped expedition. Safety is our 1st priority. pic.twitter.com/UIRhzVFUZx

“Following multiple big avalanches and the loss of our dear friends on the mountain, as well as the current and future weather conditions—we have taken the decision to call off this year’s expedition,” Purja wrote on Twitter. “Safety is our 1st priority.”

The decisions to abandon the peak follow a disastrous week on Manaslu. In six days, climbers witnessed three deaths and thirteen injuries, most of which were caused by avalanches. The slides are the product of an unusually snowy August and September on the mountain, which climbers typically ascend in the fall. The peak has historically been considered a practice mountain for alpinists hoping to ascend Mount Everest, K2, and other more technically challenging peaks above 8,000 meters. But this autumn, Manaslu has been one of the most dangerous mountains in the Himalayas.

“It was crystal clear that conditions are too dangerous, and that there will be more avalanches,” Lukas Furtenbach of German outfitter Furtenbach Adventures told Outside. “Operators with avalanche educated guides ended their expedition last week already because of safety concerns.”

Furtenbach Adventures abandoned its expedition after the events of Saturday, September 26. That morning, an avalanche at 24,000 feet enveloped a team of climbers, injuring more than a dozen and killing a Nepali guide named Anup Rai. Higher on the peak, ski mountaineering legend Hilaree Nelson, 49, died after falling just below the summit. Eyewitness reports said a small snow slide pushed Nelson off of the ridge where she was skiing, and caused her to plummet thousands of feet.

Furtenbach Adventures was not the only outfitter to concede after the deaths of Nelson and Rai. American guiding company Madison Mountaineering canceled its expedition on September 29, citing bad weather and continuous snowfall. “Due to the lingering monsoon and heavy precipitation in western Nepal, as well as the continuous snowfall and bad weather, the route conditions on Manaslu are unsafe for us to proceed,” the company wrote online.

Conditions are not expected to improve anytime soon on the mountain, and the upcoming weather forecast calls for rain at lower elevations and snow higher up. On Monday, website Explorers Web reported that the remaining guided expeditions on Manaslu were retreating from Base Camp to lower elevations.

The decision to leave the mountain marks a premature end to the busiest season ever on the Himalayan peak. More than 400 climbers obtained permits to ascend the peak, with many coming to reach the true summit. In years past, climbers turned around at a point that is anywhere from 20-25 feet lower than a point on a nearby ridge. For 2022, guides fixed ropes all the way to the highest point for the first time.

A handful of climbers reached Manaslu’s pinnacle in the days after guides completed fixing ropes to the top. Among the few to reach the top were Norwegian mountaineer Kristin Harila, who is hoping to break Nims Purja’s speed record on the 14 mountains above 8,000 meters.

British mountaineer Adriana Brownlee, 21, who is trying to become the youngest climber to ascend all 14 peaks, also decided to cut her ascent short after the avalanche over the weekend. Brownlee was climbing with legendary guide Gelje Sherpa, who helped recover the body of Dawa over the weekend. In a post on social media, Brownlee called the events on Manaslu “unimaginable.”

Texting from Samagau, a village near Manaslu Base Camp, Gelje Sherpa lamented the loss of Dawa to Outside.

“We are deeply hurt due to series of disasters in which I lost my close friends,” he said. “So, we abandoned our expedition.”

Frederick Dreier contributed to this report.

UKC Information – THE TICKLIST: #46 Prime ascents from around the...