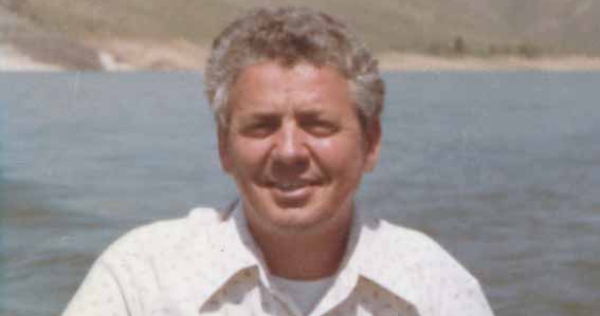 This section contains announcements of important events in our lives – births, graduations, engagements, weddings and deaths. If you would like to share an event with your community, please send a photo and a written contribution to [email protected]

Barry was born on May 20, 1937 during a sandstorm in Kermit, Texas to Foy Roland Morehead and Connie Marie (Franks) Morehead and grew up in the aftermath of the Depression. He was fond of recounting those times, saying that while they worked hard to put food on the table, they played lots of games and dominoes, exchanged good-hearted laughter and stories. When his little sister, Judy Beth (Dickey), was born in 1944, he was surprised and humbly recalled, “I hadn’t even realized my mother was pregnant! I was never very observant.”

At the age of 16 he worked as a transporter and seller of watermelons. One night he fell asleep at the wheel from exhaustion and ran over another vehicle before overturning his. When he woke up in the hospital, his arm was gone. His mother said he never complained as his attitude was, “What’s the use worrying about something if there’s nothing you can do to change it.” He never let that loss define him and the Experience has also helped build empathy for others, making him “the nicest guy you’ll ever meet.”

His sense of humor endeared him to his classmates, who laughed as he recalled pinching them with his hook on the school bus. He liked to tell jokes he got from his mother – who played some good ones for him as a kid: “Touch that wire? Why are you so anxious for me to do it, Barry? I feel nothing” [Little Barry couldn’t help but then grab a shocking hold of the electric fence].

After losing his arm, he wasn’t allowed to play on the school teams. Still, he helped coach varsity and junior basketball teams—both girls’ and boys’ teams—until he graduated from Paradise High School in 1955 with a class of 16. He attended Texas Christian University in 1956, but spent more time partying than studying (his words). and so he left Texas with a friend and made his way to San Francisco in 1957.

At the employment agency, he was told the Bureau of Public Roads (BPR) was hiring, which led him to an office where he received an assignment to a place called Happy Camp. He asked the hiring officer to show it on a map of California and, registering his excitement, the woman looked at him in amazement: she had never seen anyone eager to be sent there and asked him , why. He replied, “Look at all that green!”

His first stop: the verdant mountains of the middle Klamath River Basin. There he met the love of his life, Janet Gale Wilder, whom he married in 1959.

Barry enrolled in BPR’s three-year engineering training program, which saw trainees posted to various geographic locations throughout the United States. His ambition and career took him to road work in San Francisco, the Navajo Reservation in Arizona and Yosemite in California where he completed the apprenticeship program and received his BA in Engineering from Fresno State University in 1967. He later earned a Masters in Engineering in 1979 from the University of Southern California.

In the early days, family moves were often done in a 33-foot trailer pulled by the old Blue Goose pickup. There have been many “On the Road Again” trips (think Barry’s tuneful voice with the Texan accent), and his fondest memories are of family trips across the country to countless national parks and historic sites.

He was happily stationed in Austin, Texas where he spent many weekends with his family in Boyd. During his 37-year career with the Federal Highway Administration (FHWA, formerly BPR), he has been stationed in Washington, DC (twice), Denver, Colorado (also twice), Boise, Idaho, Juneau, Alaska, and Olympia, Washington. where he made many good friends and some who consider him a mentor and the “best boss ever”. On those rare sunny days in Juneau, he was known to let everyone in the office go home while he stayed and manned the phones. Some days he was “On Business”, as he called his fishing boat. He retired as Administrator of the Washington State Division in 1994 and moved to Orleans, California in 1999.

After retirement, the family worked together to build a garage and house that burned down in 2002, and then they started over and rebuilt another house, year after year with family dinners and “a party every night at Moreheads.” “ was filled.

As a transportation consultant for the Metlakatla Indian community for the Walden Point Road Project (2002-2009), Barry enjoyed working with a variety of companies to complete large scale projects including roads, bridges and a ferry terminal in Alaska’s remote and challenging landscape.

Throughout his life, Barry enjoyed music (mostly country), old movies (mostly western), travel, camping, fishing, and hunting. He played basketball on intramural teams for physically challenged adults. It was also fun to watch his softball game as he caught the ball with his glove, then threw his glove in the air, caught the ball again with his bare hands and threw with accuracy and speed. He also coached his four children in a variety of sports (softball, soccer, etc.) and was a Boy Scout leader. Most of all he enjoyed spending time with his family, friends and community. Community minded, he has been a member of the PTA, numerous bodies including ARC in Juneau (now SAIL), a group that helps people with intellectual disabilities to become independent. He also volunteered for the Orleans Community Services District, the Computer Center, the Broadband Initiative, and tutored math at Orleans Elementary. He and his brother-in-law, Werner Rentz, took the spotlight in 2014 as Grand Marshals in the Orleans Vintage Cars Father’s Day parade.

The final words were to encourage his granddaughter, who was on her way back to law school, to “beat her to death.” His last breath came after another granddaughter told him, “Don’t worry grandpa. We’ll take good care of Grandma.” Barry navigated his life with love, compassion and appreciation, making this world a better place for being here. As he would have said: “It doesn’t get any better than this.”

A memorial service will be held on November 19, 2022 in Orleans, California. For more information, please contact [email protected]

These heavy-duty hooks are the easiest way to extend your storage...

Can Colorado solidify itself because the ‘coronary heart of the out...

Vacation horror as somewhat woman, eight, is struck and killed by...

Joyful campers: find out how to look after mountain climbing gear,...

Jim Harris Was Paralyzed. Then He Ate Magic Mushrooms.