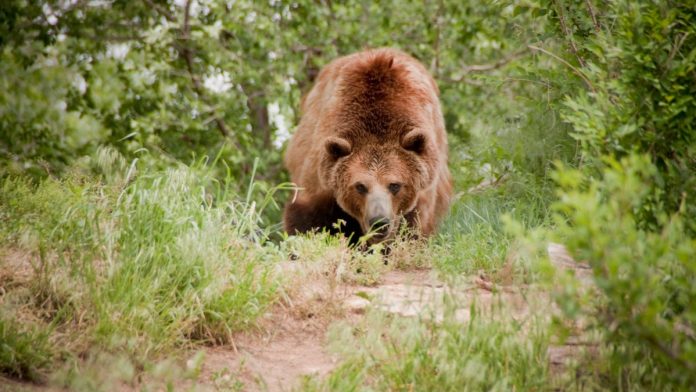 This article was first published by Backpacker.com. To get more of their premium content along with your Outside subscription, join Outside+.

On July 6, a trio of bikepackers in Ovando, Montana, woke to the sound of a grizzly sniffing around their tents, likely drawn by the food they were storing there. After the bear left, the travelers moved their provisions and went back to sleep. A little over an hour later, two of them awoke to the sound of the bear attacking their companion. They managed to drive off the animal, which wildlife officials later killed, but the victim, a 65-year-old nurse from California, died from her wounds.

The incident was the fifth death this year from black and grizzly bear attacks in North America, seemingly a rise compared to recent years. Last year, black and grizzly bears combined killed four people in Alaska and Canada, and in 2019, only 2 fatal bear attacks occured. Between 2000 and 2015, grizzly bears killed a total of two dozen people in North America, according to a report on nature.com. So with five months left of the year, 2021 is shaping up to be one of the deadliest years on record for bear attacks. But is that a fluke, or a larger trend?

On the whole, bear attack fatalities are exceedingly rare—you’re far more likely to get killed by a bee sting. But you might not know that from reading the headlines, says Frank van Manen, supervisory research wildlife biologist for the Interagency Grizzly Bear Study Team.

Van Manen says that a year with four fatal grizzly attacks isn’t unprecedented in North America, and his team doesn’t have any evidence to suggest that bears are becoming more aggressive.

“Of course, chance events like this are driven by numbers: In areas with expanding bear populations combined with increases in recreational visits, the chance of a bear encounter that may end in a physical attack increases as well, however small that may be,” said van Manen.

According to his team, the explosion in outdoor recreation as a result of the Covid-19 pandemic may play a role in increased human-bear interactions. More humans visiting trails and wilderness areas naturally leads to bear encounters, which sometimes result in human injury or even death. But this year’s numbers are still too small to consider this anything other than speculation.

“In The Greater Yellowstone Ecosystem, for example, there have been 18 fatal attacks documented since 1892; as an example of how unpredictable these events are, there was a fatality in 1986 followed by a 25-year period with no fatal incidents and then several years with multiple incidents,” said van Manen.

Human-bear conflicts, which include anything from property damage, human food raids, livestock depredation, and, yes, attacks, increase in areas where bears are expanding their range, says van Manen. In the Greater Yellowstone Ecosystem, where his studies are focused, grizzlies have tripled their range over the past 40 years, and the overlap between human use areas and grizzly territory has grown wider. This has led to increased interactions between humans and bears, and in some cases, these interactions lead to violence. But, van Manen says, this year’s attacks needn’t set off alarm bells.

“It is important to recognize that in the vast majority of bear encounters, bears avoid any form of confrontation and leave without incident, which of course does not make the news,” he says. “Physical attacks are extremely rare events that tend to be unpredictable and vary widely over time and geography. It is too early to tell whether this year will be unique in that regard or not.”

Trend or not, brushing up on your bear safety before recreating in grizzly country is always a good idea.

“When recreating in bear country (grizzly and/or black bears), it is important to be vigilant whether recent incidents have occurred in a particular area or not, and to be prepared in case of a bear encounter,” said van Manen. “Land management and wildlife management agencies in our region provide excellent information for recreationists via their web sites, visitor facilities, and trailheads.” He recommends a series of informative videos on staying safe in bear country from the International Association for Bear research and Management.

Learn how to Go to the Wildest Nationwide Park within the...