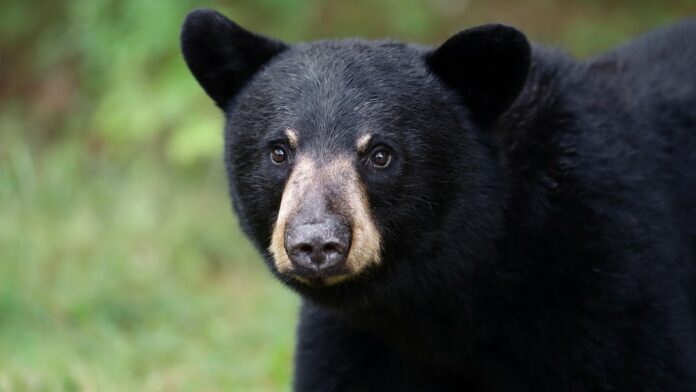 If you hike in the summer, you might see a bear, as bruins shake off their long sleep and head out to feed when temperatures rise. But some North Carolina bears have become so bold in their foraging that the U.S. Forest Service has warned hikers to use caution around the furry creatures for the second year in a row.

“Forest visitors have reported bears tearing down bear bags from trees, carrying off backpacks, spending hours near campsites and being unaffected by efforts to scare them away,” the USFS said in a press release. At this time, no bear attacks have been reported in the area.

Over the course of Memorial Day weekend, rangers received numerous reports of bear activity across the two forests, primarily in the Pisgah, Appalachian, and Nantahala ranger districts. In Greensboro, visitors spotted a bear circling a campsite. Last month, a bear climbed through the window of a car in Gatlinburg to access unattended food. Similar reports in 2021 resulted in a temporary camping closure on part of the Appalachian Trail

“A lot of bears are getting very bold and approaching people trying to get their food,” Greg Grieco, a wildlife management technician for the neighboring Great Smoky National Park, told 10 News.

How to address the bear problem is a sticky issue. Research seems to indicate that relocated bears have a much shorter lifespan when compared to bears that are never removed from their homes. Many bears are killed within a few months of the move by car traffic or conflicts with other animals, and others die from starvation or disease. As a result, wildlife officials are encouraging outdoor enthusiasts to become “bear wise,” to protect the animals.

While there could be a number of reasons why bears are becoming more aggressive each year, human carelessness may be one of the most significant causes.

A study published in 2011 showed that, contrary to common belief, 88 percent of fatal black bear attacks involved food instead of the protection of cubs; 92 percent of the bears responsible were male. Mother black bears often pound the ground, bluff charge, or herd their cubs up a tree in the face of danger instead.

But the bears that tend to cause the most damage are those with the least fear of humans. Some cubs have even adopted the behavior of their mothers, which means that rifling through the trash or hitting the landfill could become an intergenerational habit.

Experts also suggest that habitat fragmentation could be contributing to more bear encounters, as construction in the urban-wildland interface continues to infringe on local bears’ living room

Finally, some research shows that unleashed pets could play a role in bear attacks. While the typical black bear is more likely to run away from conflict than to create it, many bear attacks begin as scuffles with dogs. When pet owners step in to prevent or stop an altercation, they can become targets of the agitated bear.

Biologists believe that about 1,900 bears live in and around Great Smoky National Park. North Carolina is home to about 20,000 bears. To reduce and prevent dangerous bear encounters, North Carolina Wildlife encourages residents to remove bird feeders from their yards, keep garbage secure, and to clean and store grills in a safe location.

Summer season Learn: A Little Boy Misplaced within the Woods

Freeway 58: Climbing the hill more likely to worsen earlier than...

This Is the Greatest Youngsters’ Water Bottle