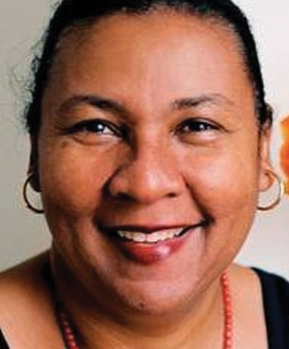 NEW YORK Bell Hooks, the seminal author, educator, and activist whose exploration of the interconnectedness of race, gender, economics, and politics helped shape academic and popular debates for the past 40 years, died Wednesday, December 15, 2021 .

In a statement issued by William Morrow Publishers, Dr. Hooks announces that she died in Berea, Kentucky, where the Bell Hooks Center at Berea College is located. Her close friend, Dr. Linda Strong-Leek said she had been ill for a long time.

“She was a huge, no-nonsense person who lived by her own rules and spoke her own truth at a time when black people, and especially women, didn’t feel empowered,” Dr. Strong-Leek, a former Berea College provost, wrote in an email to The Associated Press. “It was a privilege to know her and the world is a smaller place now because she’s gone. There will never be another bellhook.”

From the 1970s, Dr. Hooks a deep presence in the classroom and on the page. She drew on professional scholarship and personal history as she completed dozens of books that influenced countless peers and helped frame current debates about race, class, and feminism. Her notable works include Ain’t I a Woman? Black Women and Feminism, Feminist Theory: From the Edge to the Center, and All About Love: New Visions. She also wrote poetry and children’s stories, and appeared in documentaries such as Black Is…Black Ain’t and Hillbilly.

Rejecting the isolation of feminism, civil rights, and economics as separate domains, she believed in community and connectivity and how racism, sexism, and economic inequality reinforce each other. Among her most well-known statements was her definition of feminism, which she called “a movement to end sexism, sexist exploitation and oppression”. Ibram X. Kendi, Roxane Gay, Tressie McMillan Cottom and others mourned the death of Dr. hooks Author Saeed Jones noted that her death came just a week after the loss of famed black author and critic Greg Tate. “It all feels so pointed,” he tweeted. Regarding the awards of Dr. Hooks owned an American Book Award from the Before Columbus Foundation, which champions diversity in literature. She has taught at numerous schools, including Yale University, Oberlin College and the City College of New York. She joined the faculty of Berea College in 2004 and a decade later founded the center that bears her name, where “many and varied expressions of difference can flourish”. A former Yale student, author Min Jin Lee, wrote in the New York Times in 2019 that in the classroom of Dr. Hooks “felt everything as intense and sizzling as the air can feel heavy before a long-awaited rain.”

dr Hooks was born Gloria Jean Watkins in 1952 in the segregated town of Hopkinsville, Kentucky, and later went by the pen name Bell Hooks in honor of her maternal great-grandmother, although she also wrote the words in lowercase to establish her own identity and manner

Think. She loved reading from a young age and recalled how books gave her “visions of new worlds” that forced her out of her “comfort zones.”

“Martin Luther King was my teacher for understanding the meaning of beloved community. He had a deep awareness that the people involved in oppressive institutions will not turn away from the logic and practice of rule without engaging with those who strive for a better way,” she said in an interview, which ran in Appalachian Heritage in 2012.

In the 1970s, at the height of second wave feminism, Dr. Hooks – “that brave young black woman from rural Kentucky” – separated from the movement and her “white and female comrades”. She was still in college when she began writing Ain’t I a Woman, named after a speech by Sojourner Truth

and a now-canon look at how the “devaluation of black femininity occurred as a result of the sexual exploitation of black women during slavery.”

In the decades that followed, Dr. Hooks how stereotypes affect everything from music and movies (“the oppositional gaze”) to love, writing in All About Love that “much of what we’ve been taught about the nature of love doesn’t make sense in application to daily life.” She also extensively documented the collective identity and past of black people in rural Kentucky, a part of the state often portrayed as largely white and homogeneous.

“We shape our lives around everything we remember, from the mundane moment to the majestic. We know ourselves through art and the act of remembering,” she wrote in Belonging: A Culture of Place, published in 2009.

“I honor the past as a resource that can serve as a basis for us to revise and renew our commitment to the present, to create a world where all people can live fully and well, where everyone can belong. “

Volunteers wanted to mentor youth in out of doors recreation actions  | Cedar...

Youngsters journey to Peoria to compete in climbing competitors at First...

Ballet Arkansas, Little Rock Parks and Recreation pair for out of...