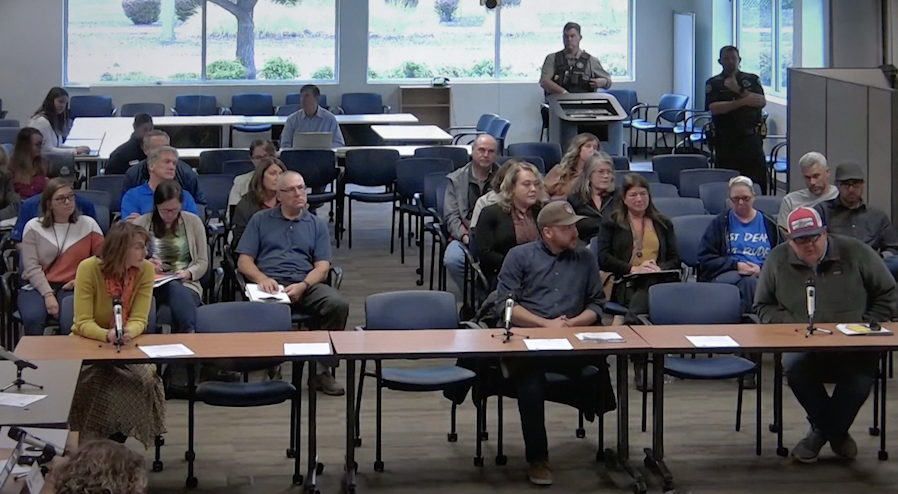 BEND, Ore. (KTVZ) – Bend city councilors on Thursday held the second of two roundtables to discuss the draft camping codes for public ways and city property in a less formal setting. They received a lot of feedback from a large number of invited participants.

There were several themes from a variety of participants from public bodies, business groups, non-profit organizations and others – one was that small, achievable steps are needed, as well as ways to measure the success of all efforts and to be able to help people in crises without rules, that move them and make them harder to find.

Mayor Gena Goodman Campbell said, “We believe Bend is a city for everyone.”

Goodman Campbell said one issue of the feedback is “a gap” as the safety of those who potentially need to move more frequently “isn’t really addressed in this current code structure”. While state laws and court rulings restrict local governments from regulating the time, type and location of campgrounds, she said the timing aspect would be a particular challenge given the issues raised.

Eliza Wilson, program manager for J Bar J Youth Services, said she used to be homeless while she was at school and said having to pick up and move all her belongings every night would have been an even more challenging existence, so it would have been it also important a safe place to store things.

Linda Long said if the rules prove too problematic, it will exacerbate the problem at campgrounds south of Bend near China Hat Road on US Forest Service land.

Bend Chamber CEO Katy Brooks asked, “What metrics are we going to use over time, so aren’t we going to sit here in five years and do the same thing again?” She said the specifics are necessary for how things work on a day-to-day basis, down to the level where people can charge their phones.

The last group to give feedback were public authorities.

Deschutes County Commissioner Patti Adair acknowledged the homeless numbers are rising and hundreds live off China Hat Road, but also pointed to success stories like the Central Oregon Veterans Village, which graduated six people from its program, and the need to help it to duplicate such successful programs.

Kelley Hamby, of the Central Oregon Irrigation District, said: “I think for myself – I hope we can get guidance. We are essentially following ODOT’s plan.”

Deschutes National Forest Supervisor Holly Jewkes highlighted the limitations they operate under, including limited resources and the impact of court decisions. “When we come across an illegal camp, our main concern is usually damage to natural resources, followed by public safety,” she said.

Jewkes added, “When we take people from different places, they go somewhere else.”

Finally, Goodman-Campbell thanked everyone involved for their feedback, saying, “You gave us a lot to think about.”

Council members will discuss the feedback on the draft code and the steps to be taken now during a working session at their next meeting next Wednesday evening.

TurfMutt Basis Predicts Individuals Will Proceed to Develop Out of doors...