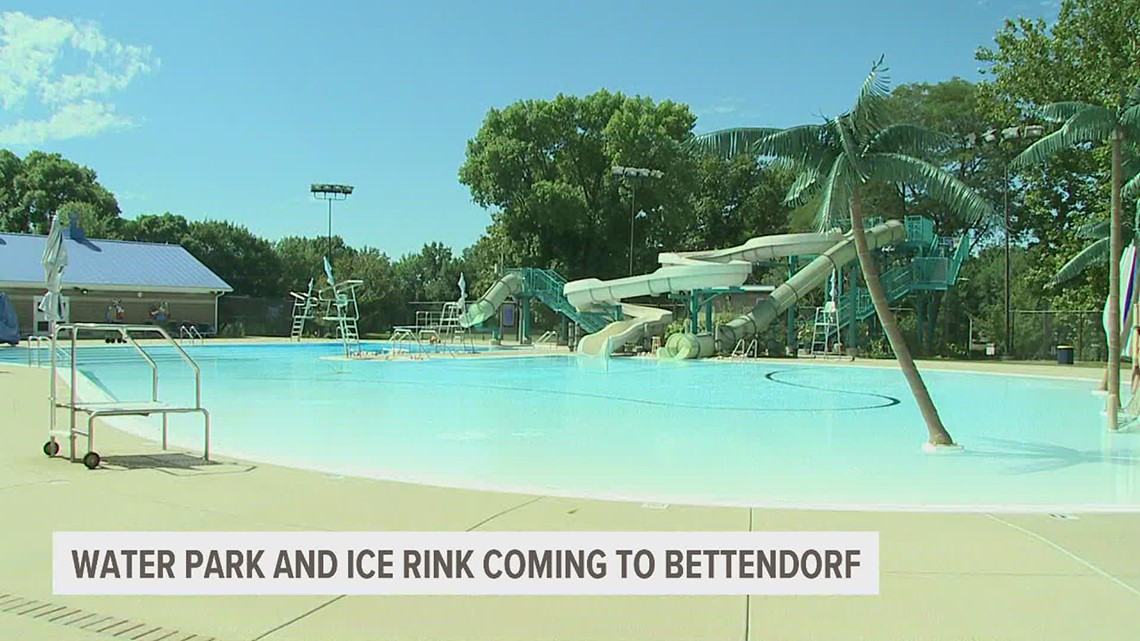 The city is working with YMCA on a new recreation area with a state-of-the-art pool called The Landing, which will open in spring 2024.

The city is working with the Iowa Mississippi Valley YMCA to build The Landing, a new water park and ice rink that will replace the current Splash Landing Aquatic Center at Middle Road and 23rd Street.

The water zone will include a three-story slide tower, new pools and a lazy river.

Park officials say it will be 50 percent larger than the current water park and is convenient to work with the YMCA.

The water park itself is valued at over $18 million, divided equally between the city, the YMCA, and private donations.

The ice rink will be 50 meters long and will be converted to a grass surface in the off-season.

The hope is that the facility can bring in more business throughout the year.

“I think people are definitely looking for outdoor activities — especially in the winter with the ice rink,” Kidwell said. “It’s a point in the year when you get tired of being outside. They’re looking for things to do, affordable things. And so the council, the city, really believes it’s a great community convenience and for everyone in the Quad Cities to come.”

YMCA is also buying the city’s fitness center across the street, with plans to convert it into a youth recreation building.

“We’re going to play our youth basketball over there, recreational basketball,” said Brad Martell, president of the Iowa Mississippi Valley YMCA. “We hope to reuse the old swimming pool and fitness center at this location and turn it into a full-time licensed child care and early learning center that will serve one hundred children.

The recreation center is scheduled to open in January 2023, with the water park later in spring 2024.

15 of the Greatest Winter Adventures in Nationwide Parks

Don Walton: Senators will take a look at their climbing abilities...

High native spots to picnic within the nice open air |...