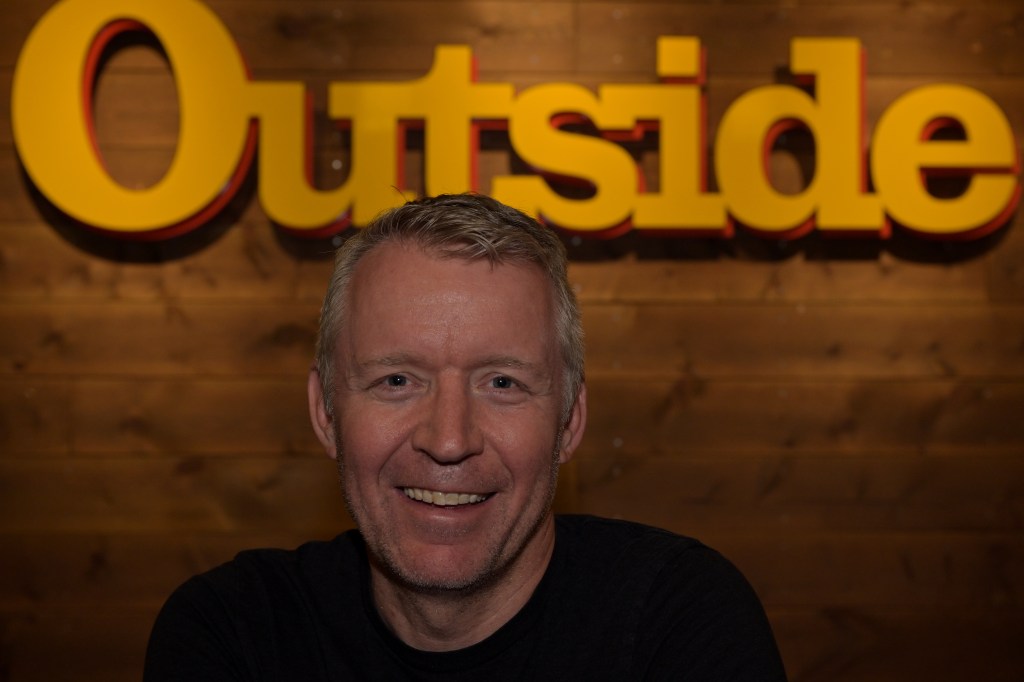 Robin Thurston’s dreams of becoming a successful professional cyclist were dashed when he crashed into the rear of a team support vehicle, knocking him unconscious and leaving with more than 100 stitches in the head.

However, he never lost his love for outdoor adventures, even though his innate competitiveness led him to become a successful entrepreneur. Over the past two years he has transformed a Boulder-based multimedia company into the dominant player in outdoor media, assembling a collection of well-known online and print assets spanning virtually every segment of recreation, adventure and active lifestyles.

Thurston, who grew up in Denver, is CEO of Outside Interactive, which is home to more than 30 media sites, services and online tools including Outside, Backpacker, SKI, Trail Runner, Triathlete and Climbing, and Warren Miller Entertainment. Formerly known as Pocket Outdoor Media, the company rebranded to Outside Interactive in 2021 after acquiring legendary Outside magazine, OutsideTV, a mapping app for backcountry enthusiasts called Gaia GPS, and an events registration site.

The company’s headquarters are one block from Pearl Street Mall in Boulder. Thurston’s goals extend beyond building a media empire and include new focuses for Outside, which has been telling stories of adventure and discovery since 1977.

“I think Outside’s brand is the most amazing brand in the category, but I think it has a bigger purpose than before, which is to tell amazing, ambitious long stories around all these adventures,” said Thurston, who has three Children aged 6-11 years. “The average child in the US spends 70 minutes a week outdoors. That seems unimaginable, living in Colorado. Growing up in Colorado, I bet I was outside 70 minutes a day – at least.

“I think of Outside as a platform for (imagining), how do you inspire the next generation? How do we use storytelling? We have a big TV channel, we have our events and mapping tools, but how do we use all these things to get people to spend at least 120 hours (outside)? And hopefully a lot more.”

Outside Interactive has grown to become the largest source of outdoor recreation media and services in the United States and in October announced a long-term partnership with the US Ski & Snowboard Association to broadcast all of its national World Cup events live.

Faced with the same economic pressures as other print publications increasingly focused on digital business, Outside recently ceased print publication of Backpacker, Climbing and SKI. Trail Runner, Triathlete, and Yoga Journal will cease print publication next summer, leaving Outside as the company’s only print publication. The company also laid off about 12% of its workforce this month, which Thurston attributed to forecasts of declining ad revenue across the economy.

Outside CEO Robin Thurston photographed at Outside Interactive’s offices in Boulder. Outside operates on a membership model ($60 per year) with access to all of the company’s platforms including magazines, films, live streaming and online web tools. (Photo by Hyoung Chang, The Denver Post)

Right now, about 70% of Outside’s content is free, but a paid paywall is coming next year. A “membership” called Outside Plus ($60 per year) gives users access to everything Outside and its other assets have to offer, including articles, films, livestreams, the mapping app, event registration, and even photos from the finish line.

“You get film, TV, live sports, the mapping tools, discounts on registration fees,” said Thurston, 50. “We’ve built a masterclass platform called Outside Learn, which has 600 classes. The goal is to get you involved with these other products, to take you from beginner to somewhat advanced in this cycle, so you can then share it with other people you know and hopefully take them on this journey.”

Conor Hall, director of the Colorado Outdoor Recreation Industry Office, said state officials are in talks with Outside to become partners on important “programs,” which he doesn’t want to disclose.

“Having an innovative spirit like Robin and having a group like Outside here in Colorado that has really become a leader in outdoor media is tremendous,” Hall said. “They’re an aggregator of so much within the industry that they have an appeal that’s good for Colorado.”

After high school, Thurston was a professional cyclist in Europe for four years before the accident that gave him the good fortune to be alive.

“Unfortunately, I went through the back window of a team car at about 40 mph,” Thurston said. “No helmet because there were no helmet rules back then.” Up until 2003, helmets were not compulsory in cycling.

Thurston returned to Denver and began college at age 22. He received his bachelor’s and master’s degrees in finance from Metro State University Denver and the University of Colorado-Denver, respectively. He entered the investing world, but his first step into entrepreneurship was sparked by a bike tour of Europe in 2005.

“We were in Switzerland, near an area where I had lived, and I was showing the streets to other Americans,” Thurston recalled. “Someone over dinner says, ‘It would be cool if I knew what roads you’re taking me on when you’re not here.’ I said, ‘Wait a minute, I don’t think that exists.’ There were travel books showing routes but I had no way of making a map and sending it to you as a friend.”

From that spark of an idea. In 2009, Thurston co-founded MapMyFitness, a digital mobile fitness tracking company that offered maps and other features through MapMyRide and MapMyRun, two of the first iPhone apps.

He spent the next three years as CEO of a California personal genetics platform, but returned to outdoor media in 2019 as CEO of Boulder-based Pocket Outdoor Media, which had five holdings including VeloNews, VeloPress and Women’s Running. In 2020, Pocket Outdoor Media acquired Active Interest Media, another Boulder company whose holdings included SKI, Magazine, Backpacker, Climbing, Yoga Journal and Warren Miller Entertainment. The acquisition of Outside followed in February 2021.

The idea behind Outside Interactive is to bring together outdoor content, tools and services through a media platform that serves a range of outdoor interests.

Subscribe to our weekly newsletter, The Adventurist, to get outdoor news straight to your inbox.

Ontario Recreation District will probably be internet hosting a youth out...

three Causes Why the US Greenback Is Climbing