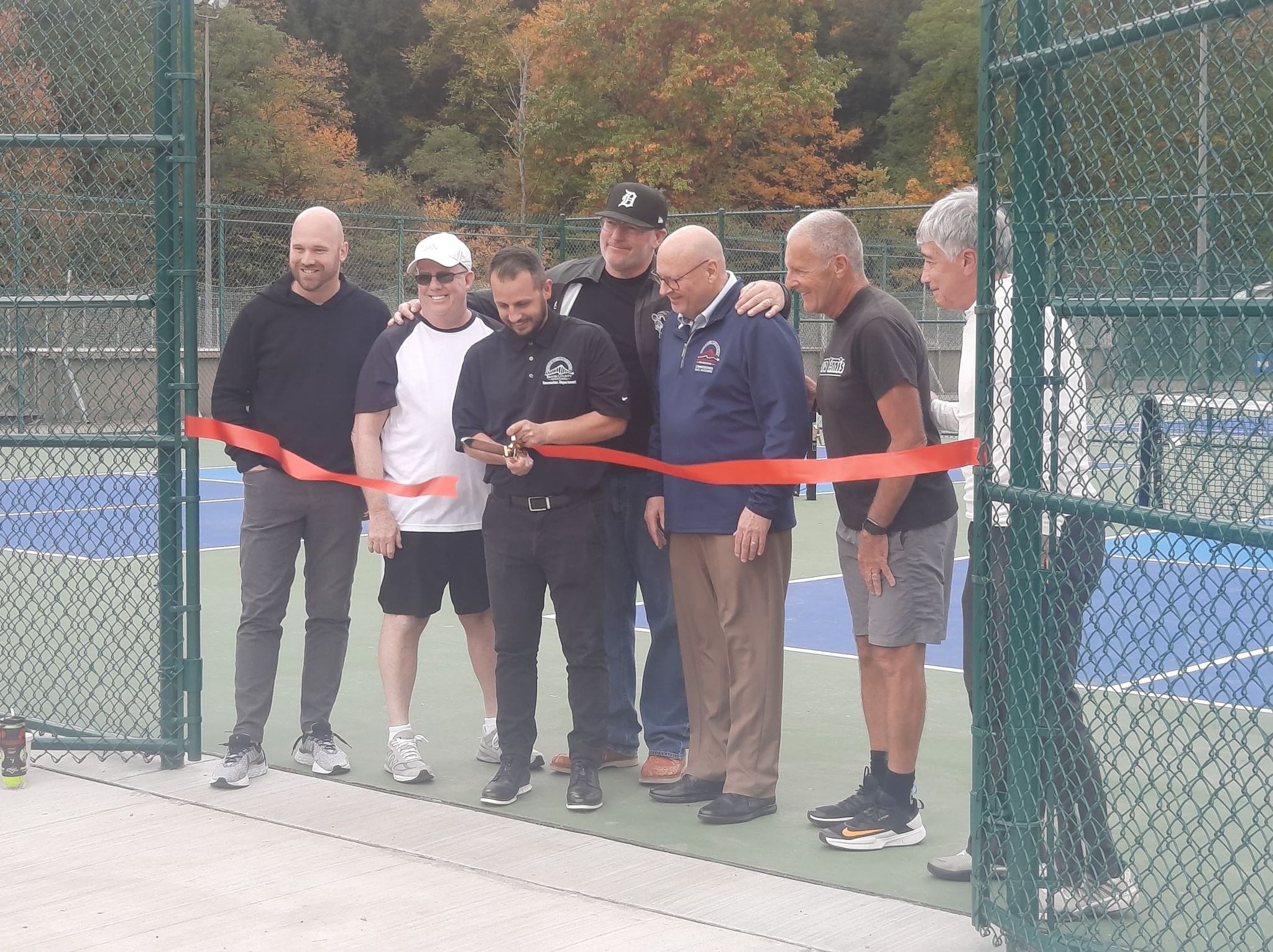 After years of planning and months of work, the opportunity for Beaver County citizens to play outside has returned.

Dozens flocked just off Route 51 in Fallston to the newly renovated tennis and basketball courts at Brady’s Run Park, with new pickleball courts added to the complex. The courts had been under construction since May, but planning has been in the works for several years, according to Parks & Recreation director Tony Caltury. The surfaces have been renovated and repainted, coloring the play areas in shades of blue to contrast with the green restricted area.

“This project has been an affair of the heart for several years,” Caltury repeated to the crowd. “We are very excited to bring this park upgrade to Beaver County and our park system as a whole, but it would not be possible without the support and dedication of some of you.” Two of those people – Commissioners Tony Amadio and Jack Manning – also spoke at the grand (re)opening ceremony and expressed their gratitude for finally making the project a reality.

“Coming out of the pandemic,” Manning said, “she emphasized how much recreation, the great outdoors and the trail park, the value of the assets that we have here in Beaver County with all of our parks … and I can tell you that on the board we are.” strives to invest as much as possible.”

The parks are open from 8 a.m. to dusk, as revealed by Caltury during his AM Beaver County appearance earlier in the day (see above). Access to the lots is encouraged by using the back of the Ice Arena parking lot and taking the creek bridge to the parks (as opposed to parking in the smaller lot off Route 51). Those in attendance got their gear and got into their sport of choice (except for deck hockey, which will be renovated over the next few weeks) and enjoyed the dry, overcast Beaver County day.

To see images from the grand reopening visit the gallery:

This Floating Tent Permits You To Go Tenting On Water

That is the Greatest Improve You Can Make to Your Journey...