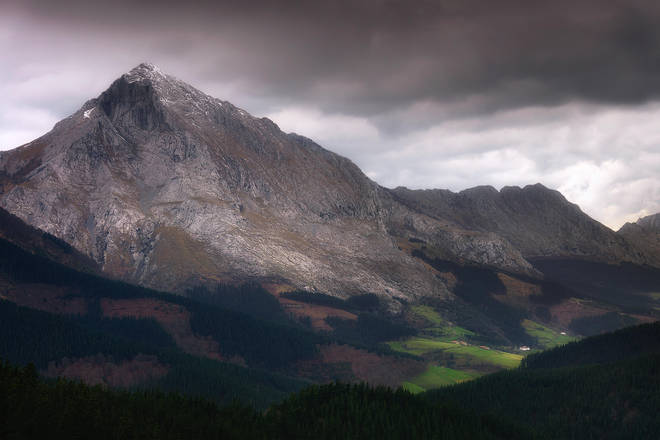 The Briton fell from Devil’s Pass in northern Spain.

A 25-year-old Briton has been killed after falling off an infamous Spanish mountain nicknamed ‘Devil’s Pass’.

The unnamed man climbed with his friend in the north of the country before embarking on a route alone.

He is believed to have been caught in a storm while traveling along the pass between the Alluitz and Anboto peaks in the Urkiola mountain range in the Basque Country of northern Spain.

The peaks are the second highest or highest peaks. The latter stands at 4,367 feet.

The man may have been trying to get down the ridge in wet weather, which can be treacherous, The Sun reported.

A police spokesman said: “Emergency forces found the lifeless body of the climber who had been wanted since Thursday evening.

“Around 8.30 p.m. the alarm was sounded that the 25-year-old had disappeared near the Alluitz summit.

“A police helicopter found his body at a place called Canal de Infernu Zubi, near Alluitz summit, where it appears he may have fallen.”

It was unclear if both Britons were visiting for a holiday or if they lived in Spain.

According to a local report, they were staying at a hotel in Eibar.

Devil’s Pass and Anboto saw 12 deaths between 2000 and 2010, a local newspaper previously reported.

Water-recreation sources have to be protected, promoted