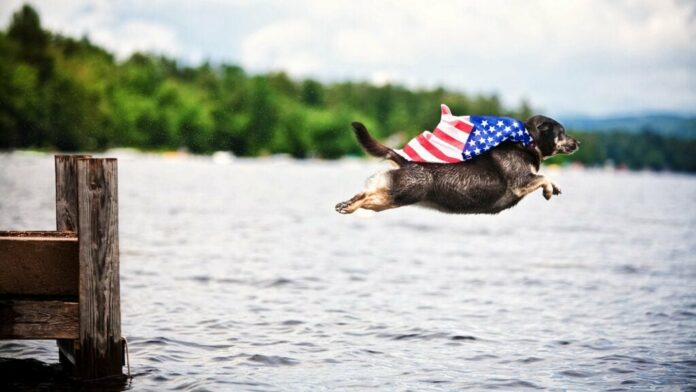 If you’re apathetic about politics right now, you’re not alone. Recent data from the Environmental Voter Project, a non-partisan voter mobilization group, found that a third of polled voters who care about the environment plan to sit out of the upcoming election. Participants cited burnout and frustration with Congressional deadlock as their reasons. Plus, midterms aren’t as exciting as presidential elections.

Here’s the thing: if you care about the outdoors, not voting is a recipe for ever more frustration and disappointment.

We all know that the climate crisis is getting worse and that every election cycle is a chance to act toward preserving places we love, conserving resources, and cutting emissions. If people who care about that stuff don’t vote, we miss our chance. “Elections have consequences,” says Craig Auster, vice president of Political Affairs at the League of Conservation Voters.

In the past two years, with a pro-climate majority in the House, we’ve passed some of the biggest federal climate legislation in history, but now state and local officials will have a big say in how the funding and resources from that legislation gets allocated and used. And, if everything went perfectly, that would only cut emissions by 40 percent, according to the Department of Energy. We still have a lot of work to do, and our ability to make change on a national scale or at the local level depends on who is in office.

So let’s run down the ballot to examine where we can elect lawmakers who care about a livable future—and put policy into place that makes that happen.

“There are a lot of really interesting tossup races that will determine the balance of power in Congress,” says Ben Gubits, director of advocacy and campaigns at Protect our Winters. He says those elections are important, not only because of who the representatives speak for, and how the balance of Congress breaks out by party (which, in turn, tends to break out in terms of investment in climate), but also because of the committees they sit on and how they might shepherd bills into being.

There are a couple of close Senate races in the Southwest. The pro-environment incumbents in Arizona and Nevada, Mark Kelly and Catherine Cortez Masto, respectively, are running against Republican candidates—Blake Masters and Adam Laxalt, respectively—who are deeply connected to the oil and gas industry, and who both made the League of Conservation Voters’ Dirty Dozen list of the candidates worst for the environment. Also on that list: Georgia Senate candidate Herschel Walker, whose bananas climate takes include the supposition that we have too many trees, and who is running against climate justice advocate Raphael Warnock; and Pennsylvania candidate Dr. Mehmet Oz, who is a longtime climate denier.

In the Senate, many of the races center around big, sweeping ideas. In the House, on the other hand, local environmental issues (which can have broad implications)could drive election results. The emotions of voters are often focused on scarcity and economic fears, especially around resources like water and the cost of gas and energy. Across California, especially in close races like Central Valley’s 9th, 13th,and 22nd districts, water is at the center of the debates, and fire management is part of the discussion in the state, too.

Because of redistricting, there are several new districts that could change the balance of the House. Arizona’s new, huge 2nd district, which includes the Grand Canyon and all its attached natural resource and mining drama, will be pivotal. Illinois’ redrawn 6th district, and Nevada’s rejiggered 1st district are in play, too.

When you drill down into state-level races, it’s important to think about how lawmakers enact and apply new legislation. In the coming years, this will be especially true with how major federal policies are implemented locally. “All of the investments in climate and renewables in the Bipartisan Infrastructure Bill and the Inflation Reduction Act are going to go to state governments to disperse to appropriate places,” Gubits says. A huge amount rests on who is the governor’s seat in any single state, and what their attitude is about climate change.

Gubits says governor decisions could impact specific environmental issues, like clean water in Michigan and Wisconsin, and a lack of water in Arizona, and that it can broadly impact emissions, too.

“A lot of these governors are running less on climate and specific environmental issues, and more on investments in clean energy jobs, they’re really talking about the economic frame.” Auster says. That’s particularly true in places like Pennsylvania, which is America’s second-largest producer of natural gas and the third-largest producer of coal. There, the winner of the hotly-contested governor’s race between party Josh Shapiro and party Doug Mastriano will decide whether the state turns toward renewables, or expands drilling into places like state parks and forests.

Know what’s even more snoozy than the word “midterm?” The phrase “state utility commission.” But the officials on those public utility commissions regulate electric, gas, telecommunications, water, and wastewater utilities. They have incredible power over how we generate energy and what kinds of energy we use, because they’re in charge of siting and permitting new facilities. Depending on the state, these individuals are either appointed by the governor (see above re: importance), or elected. This year, there are big state board elections in Montana, Arizona, and Georgia. Auster says that the makeup of those boards will be key for whether or not we create a clean energy future.

Auster also suggests keep an eye on the elections for the railroad commission in Texas, which oversees the state’s massive oil and gas industry, and the land commissioner in New Mexico.

There are a couple of state-level ballot initiatives that could have cascading impacts for emissions and environmental protection, and which could be models for other states. In New York, the largely popular Clean Water, Clean Air, and Green Jobs Environmental Bond Act of 2022 would set aside $4.2 billion in state bond money for land conservation, climate change mitigation, and infrastructure improvements.

In California, Proposition 30, Tax on Income Above $2 Million for Zero-Emissions Vehicles, and Wildfire Prevention Initiative is more controversial. It would increase taxes on high-income earners to fund electric cars and infrastructure, and pay to train and hire wildland firefighters. Predictably, wealthy people don’t like it, while environmental groups and voters both appear to favor it.

There are local initiatives that could be impactful, too, like Colorado’s Denver Deserves Sidewalks Initiative 307, which would make streets safer for pedestrians.

Voting matters at every level. There’s a lot up in the air, and there’s a lot to be done. Right now, not engaging is the most dangerous thing you can do. “Apathy is how democracy dies,” Gubits says. And if it does, the planet and the places we recreate will probably go with it.

Hike and Assist in Nepal with Backpacker

VIDEO: Study How one can Do a One-Arm Pull Up