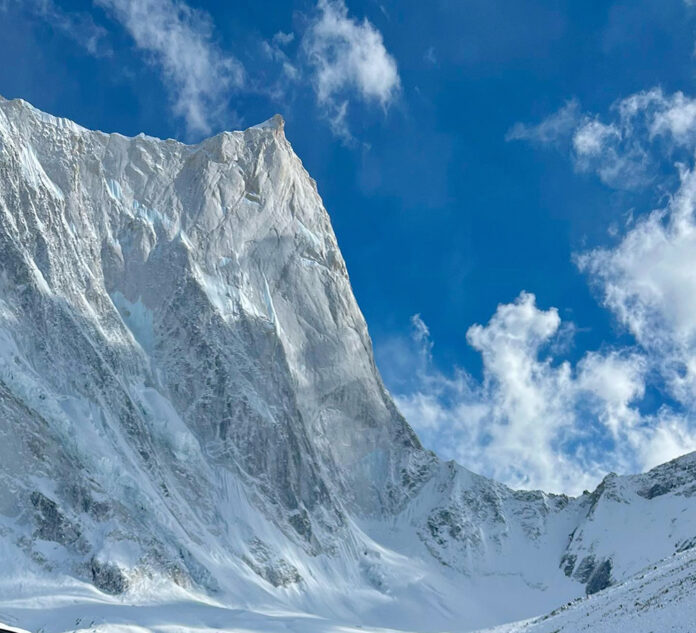 Kim Ladiges and Matthew Scholes from Australia and Daniel Joll from New Zealand have made the coveted second ascent of the West Wall of Changabang (6880m) in India, first climbed by British mountaineers Peter Boardman and Joe Tasker in 1976.

The legendary West Wall of Changabang in India’s Garhwal Himalaya, first climbed by Britain’s Peter Boardman and Joe Tasker over 25 days in autumn 1976, has finally been repeated after a 46-year hiatus by Kim Ladiges and Matthew Scholes from Australia and Daniel Joll from New Zealand.

At the time of the first ascent the climb was hailed as probably the hardest Himalayan climb in the world; the mountain had been climbed for the first time only two years earlier by a British expedition led by Sir Chris Bonnington via the SE Face and subsequently the East ridge, and the West Wall was considered nigh impossible in a clean style.

The idea of the 1600m face being climbed by a lightweight two-man team, conceived by Tasker while climbing nearby Dunagiri alpine-style in 1975 with Dick Renshaw, seemed quite simply preposterous yet only a year later Boardman and Tasker, displaying immense ability, tenacity and endurance while bivouacking in hammocks and enduring the intense cold, slowly fought their way up the sheer granite wall to the 6880m summit.

Their achievement, carefully documented in Boardman’s award-winning book The Shining Mountain, heralded a new era of technical routes at altitude and despite numerous previous attempts, until only a few days ago their line had remained unrepeated.

Changabang was Boardman’s and Tasker’s first big climb together and the duo went on to form one of the most formidable high-altitude climbing partnerships. They perished in May 1982 while attempting to forge a new route up the unexplored North East Ridge of Everest.

The outside are nice, however not for all

With $14M, Wyo prepares to contemplate outside rec proposals