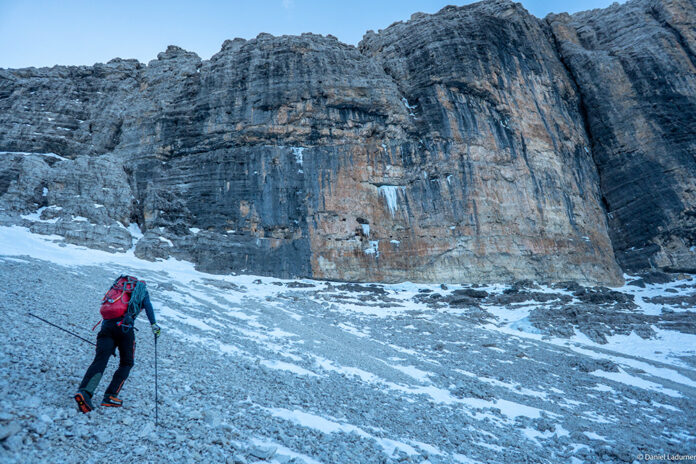 After having climbed the still slender drip Cassiopeo in Val Lasties at the beginning of the season, I immediately noticed ice on Col Toron, exactly where I’d noticed a drip a few years earlier.

From a distance the line seemed to offer some nice ice and mixed climbing. After waiting for 2 months I managed to persuade Thomas Mair to make the long approach past the mighty west face of Pordoi and attempt this line. The result was two pitches on good rock, protected with pegs, a bolt and a set of cams up to #2. At the belays we used some bolts.

Val Lasties, known for classics such as Cassiopeo, Goulottina, Solo per un’altro Hashtag and alpine masterpieces such as Ghost Dog and Pandora, has now gained another short new route.

From Passo Sella, at the first bend after Piz Ciavazes, take path n.656 into Val Lasties. After the famous Cassiopeo icefall, the line is clearly visible towards the north-west up on Col Toron. 1.5 – 2 hours

Why DICKS Sporting Items (DKS) Might Be a Prime Worth Inventory...