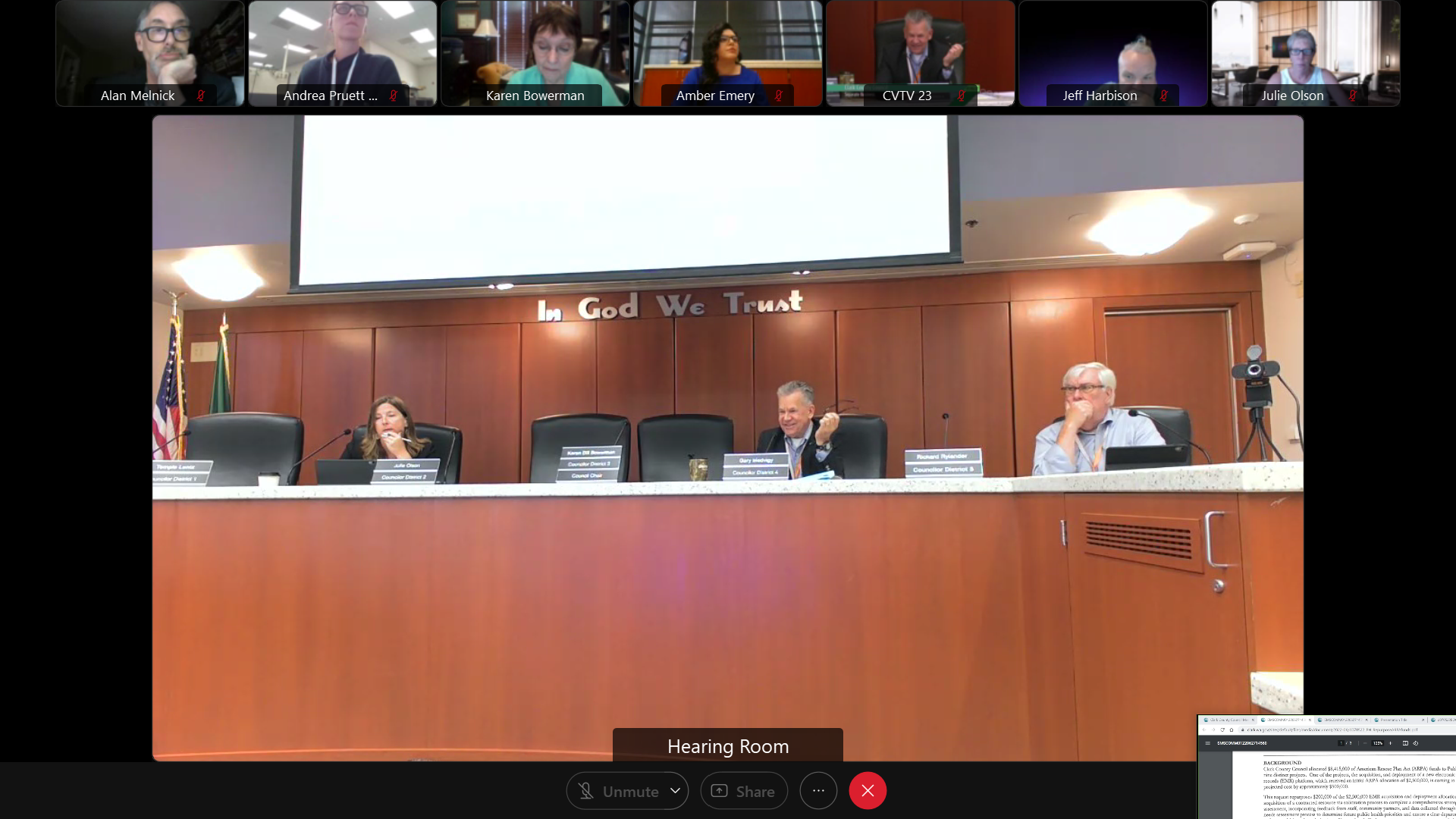 The ordinance allows the county’s requirements for outdoor recreation areas to also meet landscape requirements. The transitional regulation will come into force 10 days after approval and will remain in force for six months. A public hearing on the ordinance will take place on July 19 at 6 p.m.

The motion for the interim regulation came from the Development and Engineering Advisory Board to “allow developers to build more units that they say will improve home affordability in Clark County,” according to a staff report.

County code requires that multi-unit buildings with 12 units or more have both private and shared outdoor recreation areas. Developers of certain residential properties are also required to reserve 20 percent of the lot for landscaping, with the possibility of additional setbacks or landscaping requirements.

The outdoor recreation space requirements, which are based on the number and size of the dwelling units, were separate from the landscaping requirements.

Ted Vanegas, land use assessment manager for community development, told the council the county has been inconsistently applying code requirements for multifamily projects. When examining how the code had previously been applied, Vanegas said that around 80 percent had recreational space and landscaping requirements overlap.

“Because of this inconsistency, land use management reviewed this code … and determined that the two requirements should be separate,” he said.

While the two requirements were originally intended to be applied separately, the Advisory Council said the change is needed, at least temporarily, to respond to the ongoing housing shortage.

While Lentz agreed that the development code should be applied consistently and appreciated the efforts of staff to identify and address areas where it isn’t, she said this change would not benefit residents.

“Rather than applying the code we have, let’s change it now to make it looser. I don’t really support that. We hear a lot from developers that housing needs to be made more affordable. I understand and agree with this feeling. I also think we have to be very careful not to undermine the things that make the quality of life here so good. And part of that is open space and being able to enjoy the space that we’re in,” Lentz said.

Commenting on the ordinance, Vancouver resident Teresa Hardy said, “The staff’s only justification is that the developers are saying housing is becoming more affordable. However, another possible conclusion is that developers would demand any reduction in requirements that would increase their profits or ease their build requirements.”

Hardy said the process to approve the interim ordinance was flawed because the county offered limited opportunities for public scrutiny or comment. She also said staff had not studied the impact of the reduction on new construction.

“Many local residents may be interested or concerned about the relaxation of these standards but probably haven’t even heard of it. You have to be careful here,” she said.

Lentz also noted that during recent land-use discussions, the Advisory Council has argued, “we shouldn’t stuff people into multi-family dwellings that don’t have adequate access to recreational and open spaces.”

Lentz said she doesn’t appreciate hearing now that the advisory board wants to formalize a process that will reduce the amount of recreational and open space in multi-family housing developments.

For links to the July 19 meeting or an agenda, go to https://clark.wa.gov/calendar.

Silverthorne plans so as to add eight new buildings, outside mountaineering...

Carabiner For Climbing – Are you able to get away with...

‘I had this quasi-transcendental expertise climbing Mt Fuji’

Michigan’s DNR Continues To Construct The Significance of The State’s Out...