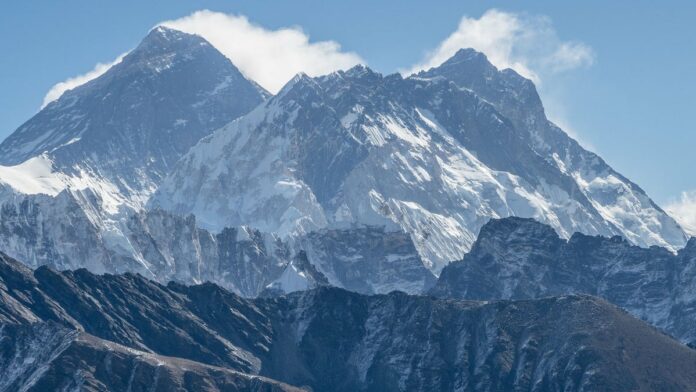 There’s been another fatality on the world’s highest peak.

On Sunday, Nepali officials confirmed the death of Russian climber Pavel Kostrikin, 55, on the slopes of Mount Everest. According to multiple reports, Kostrikin collapsed and died of altitude sickness on Saturday evening at Camp I, which is located at 17,585 feet.

He had been completing an acclimatization ascent on the mountain in preparation for a summit push later in the season when he began to feel ill. Bhishma Kumar Bhattari, an official with Nepal’s department of tourism, told Reuters that Kostrikin first became sick at Camp II, which is located at 21,000 feet, and that he had to be helped to the lower camp, where he died.

On Sunday, a helicopter airlifted Kostrikin’s body to Kathmandu. According to journalist Alan Arnette, Kostrikin attempted to scale Everest in 2013 and 2016, but he turned back on both occasions due to exhaustion.

Kostrikin is the second fatality on the mountain this year; on April 15, Nepali guide Ngimi Tenji Sherpa collapsed and died while ferrying supplies through the Khumbu Icefall.

Kostrikin was part of a team led by the expedition company 7 Summits Club, operated by Russian climber Alex Abramov. Abramov has yet to comment on the death, but he wrote on Instagram that the expedition had recently ascended to 23,000 feet on its final acclimatization hike and was headed to lower elevation to rest before pushing for the summit.

The death was the first of two tragedies in the Himalayas over the weekend. On Sunday afternoon, Nepali climbing guide Khudam Bir Tamang, 33, was swept away by an avalanche on 27,940-foot Lhotse, which is adjacent to Mount Everest. The climber had completed setting ropes on the peak and was descending to base camp when he was buried by the slide just below 20,000 feet. His climbing partner, Pasang Rinzee Sherpa, escaped the avalanche but was later evacuated to Kathmandu, sources told Outside.

According to the Himalayan Times, crews performed an aerial search of the avalanche on Monday but were unable to locate Tamang in the debris. He was part of an expedition led by Korean Sung-Taek Hong to ascend Lhotse’s steep southern face. This is Hong’s seventh attempt to scale the route, regarded by some as one of the toughest in the world.

Multiple Himalayan expeditions ventured to higher elevations over the weekend to take advantage of a favorable weather window. The good weather is likely to deteriorate later in the week, as a cyclone off the coast of India is expected to blow inland.

Reporters Ben Ayers and Dewan Rai contributed to this report.

Tenting with canine: The right way to make your pet’s staycation...

Parks director pitches Montpelier as out of doors recreation hub |...

The whole lot You Must Know About Staying Contemporary on a...