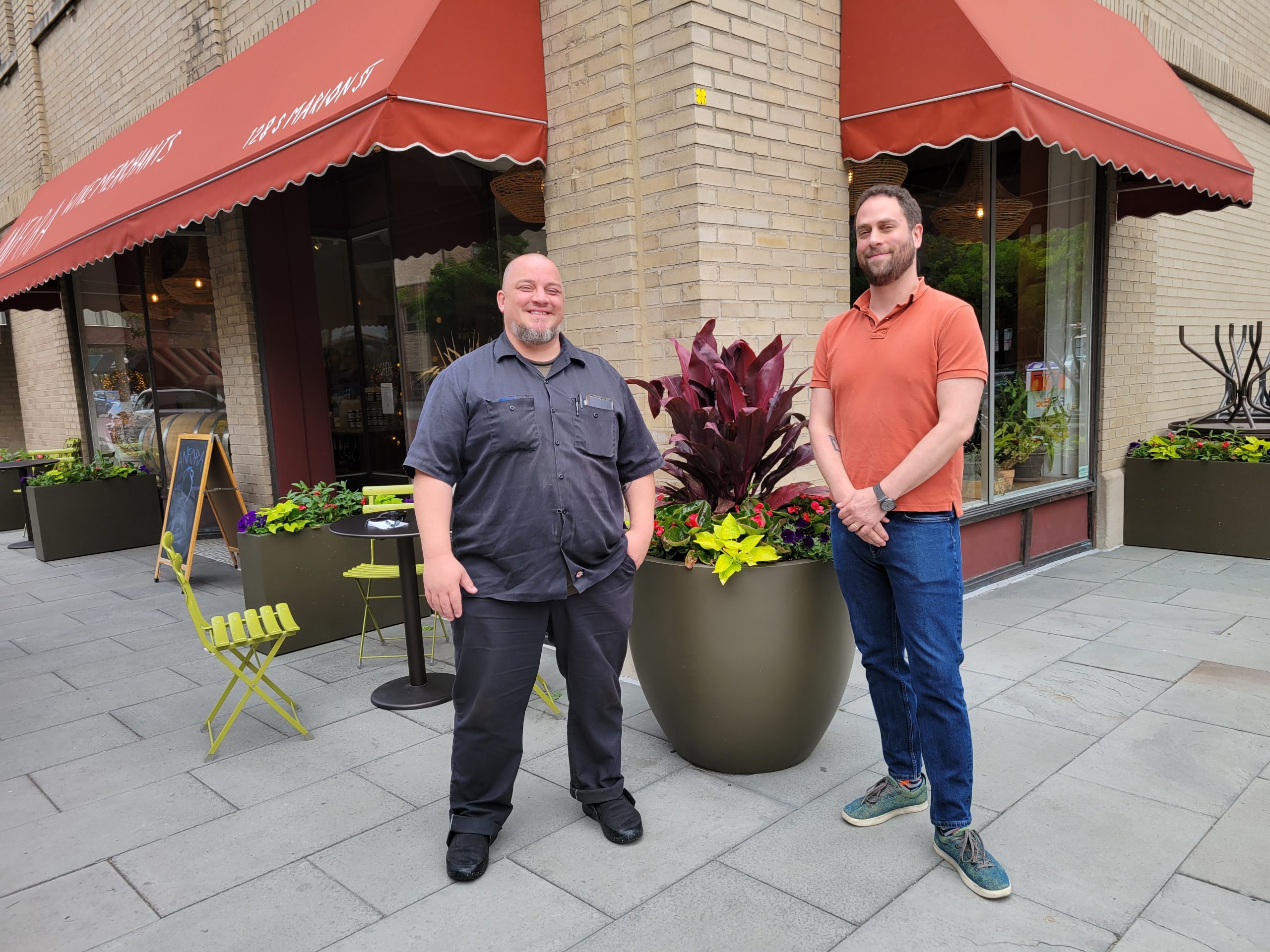 Etna is an active volcano declared a UNESCO World Heritage Site. Mineral-rich volcanic soil is at the heart of Frank Cornelissen’s wine. The Belgian wine producer founded his winery in 2001, when little was known about “Etna wines”, but today the region is among the most exciting in the wine world. Many of the Frank Cornelissen grapes are grown on original root stems. The centuries-old vines are naturally resistant to Grape Plylloxora, the insect that nearly destroyed wine production across Europe, but more importantly, Cornelissen was drawn to the rich volcanic soils that support the Nerello Mascalese grapes of the feeding Etna.

“There is additional minerality in the soil at Etna; Smoke and ash from the volcano is even affecting rainfall in the area,” said Adrian Weisell, owner of Anfora Wine Merchants. “This complex macro-climate contributes to the uniqueness of the wines produced in the region.”

Weisell regards Cornelissen as the “Leading Light” in the natural wine movement. Borrowing from pre-industrial winemaking methods, natural wine producers embrace organic viticulture and use local yeast to ferment their wines. Cornelissen’s vineyard is divided into different plots and each vineyard within the vineyard has a unique elevation, orientation and soil components. At the Anfora Carnivore Dinner, the focus is primarily on the elegant and nuanced red wines from grapes on the coveted northern slope of Mount Etna.

“I don’t know much about wine other than liking it,” said Chef Knaub of Carnivore, 1042 Pleasant St. “But I like that Frank Cornelissen’s wines have an almost cult following.”

The partnership between Anfora and Carnivore isn’t a new concept, but this is the first time wines have ruled the menu. Typically, Chef Knaub sets the menu and Weisell selects a range of wines to complement the planned meal. However, the forthcoming Frank Cornelissen Wine Dinner marks the first time the companies have reversed their approach.

“It’s usually easier to find wines to go with the meal, but this dinner is different because of the quality of the wines,” Knaub said. “I take inspiration from Sicilian classics and nudge them to make the pairings work.”

Guests can expect a trio of hearty castelles to start the meal. Taking a take on a traditional Sicilian street food, chef Knaub fills the pastry packets with broad beans, greens and fennel. Other menu highlights include pasta with capuliato, a traditional Sicilian condiment based on dried tomatoes, topped with uni roe and pistachios, and lake trout served on couscous with golden raisins, herbs and ramp butter. A cheese dish and biscuits from the neighboring Blackout Baking Company complete the meal. Each course is designed not to overwhelm the selected wines, in order to highlight the “enviable terroir” of the Etna region in general and the Frank Cornelissen winery in particular.

Andy Pates, owner of the Cream Wine Company and distributor of Frank Cornelissen wines in Illinois, will be on hand at the dinner to introduce and discuss the wines being presented. Fewer than 20 tickets are available for this locally curated evening of Sicilian cuisine and Volcanic wines made from old vines. Tickets can be found on Tock or at forawinemerchants.com.

6 greatest meals flasks for warm meals at work or tenting...

Flashpoint bouldering and climbing centre is coming to Parc Tawe in...

Campers share suggestions for winter tenting – ‘water would freeze within...

Letter to the Editor: Chaffee County Draft Recreation Plan – by...

Come Journey with Outdoors on These Adventures of a Lifetime