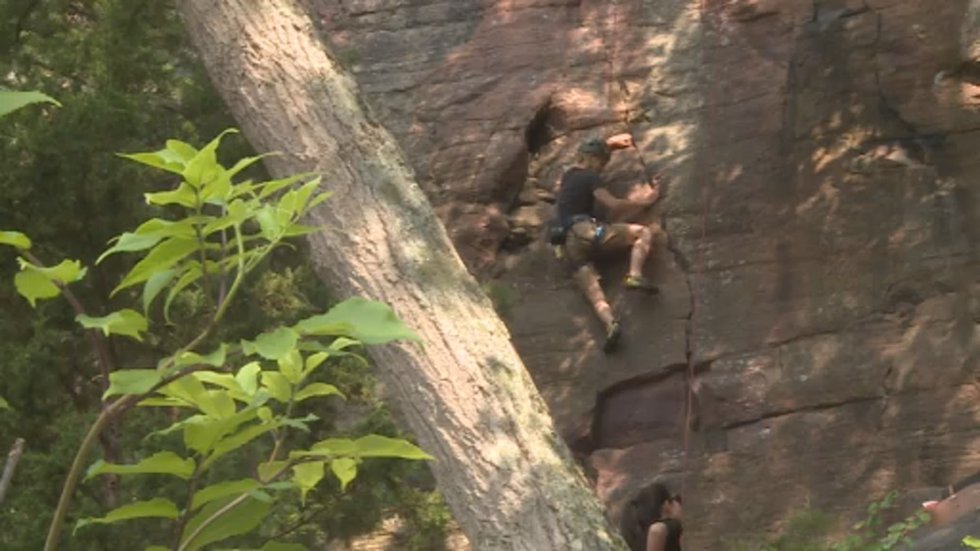 MADISON, Wis. (WMTV) – “It’s like a moving meditation.” This is how Keith Kubiesa describes one of his favorite pastimes, even if climbing looks anything but calming on the surface.

Kubiesa climbs walls and hangs from the ceiling, all without rope or belt, Kubiesa navigates nimbly through the gym he owns, Summit Strength & Fitness. In January, the Madison climbing hall celebrates its sixth anniversary.

“First I opened the gym, I thought only experienced climbers would come into the gym, but it was a pretty good mix of people who were new to climbing and a lot of experience,” he said.

Climbing has grown in popularity in recent years as indoor climbing gyms have sprung up across the country, according to Nick Wilkes, owner of Devils Lake Climbing Guides.

“The proliferation of indoor climbing over the past 20 to 30 years has really changed the sport of climbing where almost everyone, especially from urban areas, has access to climbing walls,” said Wilkes. “As more and more people from cities learn to climb and climbing has become an integral part of their lives, we see that more and more people are interested in climbing outdoors.”

For the first time, sport climbing will also be in the international spotlight with its debut at the Olympic Games. The athletes must compete in three different types of climbing – speed, bouldering and lead.

Kubiesa said climbers will typically focus on one type of climbing, and that having athletes competing in three disciplines to place in the Olympics will be an added challenge. Kubiesa likened it to asking a marathon runner to do a 100-meter sprint – although both events require running, they are extremely different disciplines.

“The more attention, the more these professionals can be paid, the more they can do to help advance the sport and teach people how to do it right,” said Kubiesa of his Olympic debut. “If you can only manage a fraction of what I feel while climbing, I think a lot of people are much better.”

Wilkes also said he looks forward to seeing the sport prominently through the Olympics.

“It’s always great when we have more people interested in climbing,” says Wilkes. “I’m really excited to see what happens to climbing at the Olympics. It’s great for climbing for more exposure. What I’m really looking forward to is anything that draws more public attention and appreciation to our public resources, I think it’s a great thing. “

Wilkes leads a group of children and teenagers at a summer climbing camp where he helps them guide and teach them on the rock faces of Devil’s Lake State Park.

“When you are up here, act cautiously, you respect our location and the responsibility that this opportunity presents you,” he said. “Doing something like this, which is a type of life and death activity, helps people face the situation where they can make good decisions and are trusted.”

As for the future of climbing, Kubiesa hopes the Olympics will spark people’s interest in the sport. While he said his gym is preparing in case there is an influx of people wanting to try climbing, they don’t put all your eggs in one basket. He also assumes that climbing gyms will be a place where young people can come together.

For a sport that literally stands on rocks, climbing is on the rise.

“I have never seen another activity in my life that is as helpful for a great day as climbing,” says Wilkes.

You can find more information about sport climbing at the Olympics here.

SHTA director shares replace on path use and tenting amid wildfire...

Utilizing Your Tether As A Second Lineman Belt To Get Round...

The Pleasure of Planning Journeys I’ll By no means Take

Stay Your Dream Grant Functions Open By means of February 28!