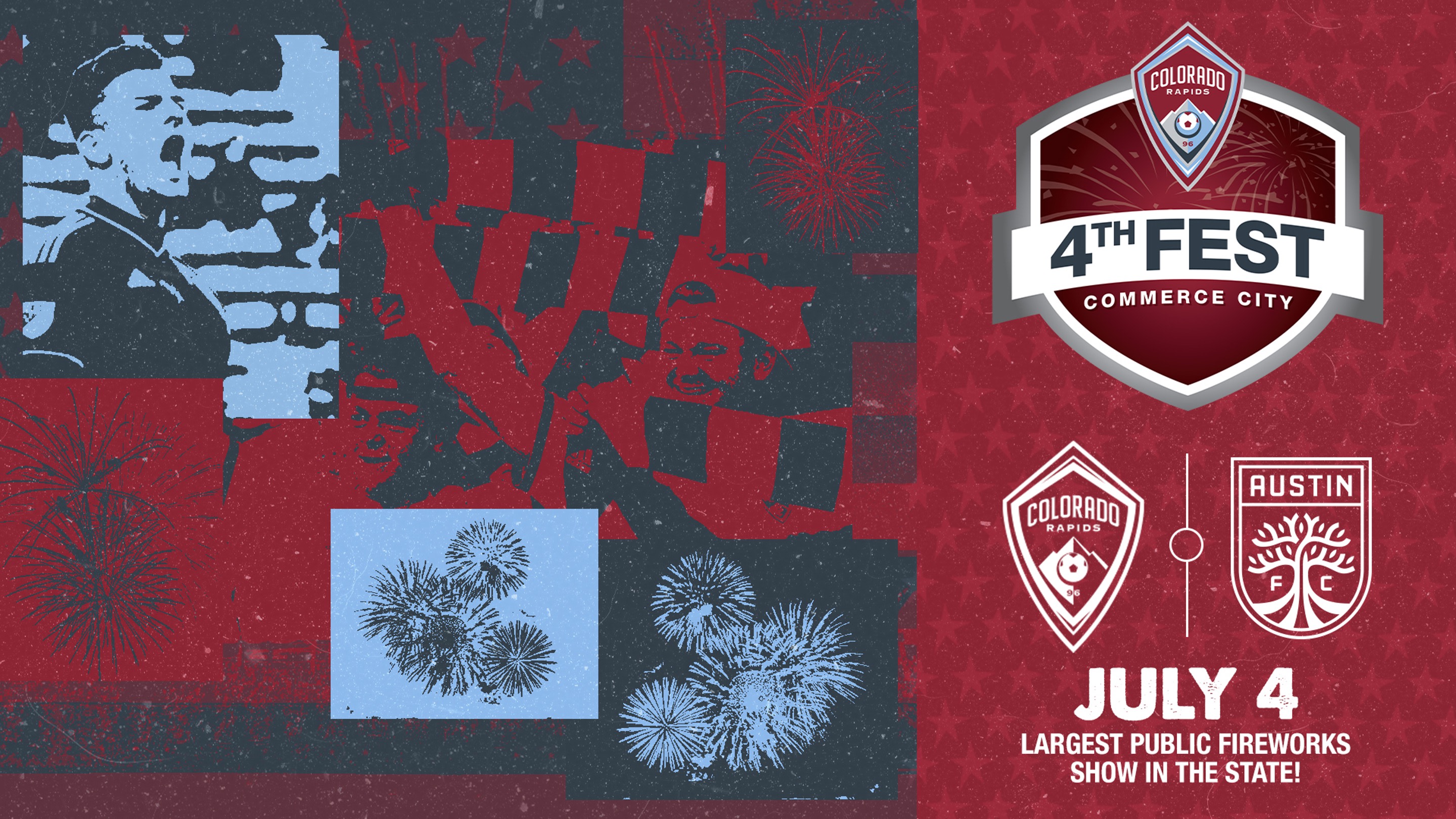 The Colorado Rapids, in conjunction with the City of Commerce City, announced today that the club will host their 25th annual 4th Fest at DICK’s Sporting Goods Park on Monday, July 4, as part of the Rapids’ game against Austin FC. The Independence Day holiday game, which has been an annual tradition for the club since its inception in 1996, will feature a family reunion and block party before the game, as well as the state’s largest public fireworks display after the game.

“Festival 4 is one of our most cherished club traditions and an event we look forward to each year once our schedule is announced,” said Wayne Brant, Colorado Rapids Sr. VP of Business Operations. “We are excited to once again partner with Commerce City to host our 4thFest event and celebrate Independence Day together with our community.”

“We are thrilled to be partnering with the Rapids once again to bring our residents and visitors from across the Front Range to this amazing community celebration,” said Roger Tinklenberg, City Manager of Commerce City. “The 4th Fest at DICK’s Sporting Goods Park here in Commerce City is a great tradition and the perfect way to celebrate Independence Day.”

As part of the 4thFest celebrations, the Rapids and Commerce City are hosting a family festival prior to the Rapids game at DICK’S Sporting Goods Park that will include live music, a bouncy castle, football darts, a climbing wall and mobile ropes. Activities will include alpine tubing among others -Slide, a mechanical bull, a trackless train, pedal carts and a toddler zone. The 4th festival is free and open to the general public.

After the Austin game, fans are invited to come onto the field to watch the largest public fireworks display in Colorado and MLS.

The Rapids are 13-6-6 (WLD) all-time in 4thFest games. Kickoff against Austin is scheduled for 7pm MT and tickets are available at ColoradoRapids.com/tickets.

Workplace of Outside Recreation awards $11 million for out of doors...

Girl lacking at widespread out of doors recreation space on Colorado...

Truck Caught? We Put Maxtrax to the Take a look at...

A Longtime Climber Remembers His Years in Nepali Jail