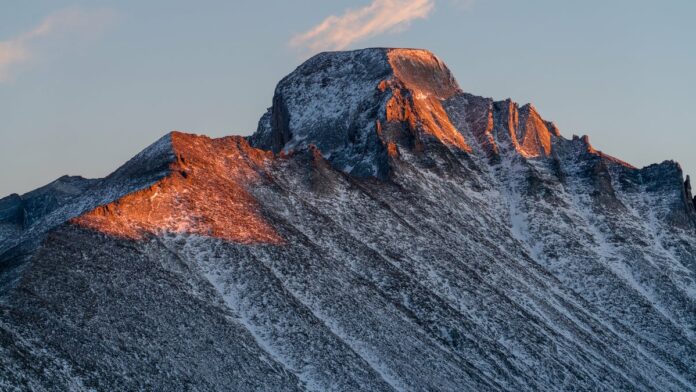 Hiker visits to Colorado’s fourteeners fell by more than a quarter in 2021, driven down by closures and new parking restrictions on the state’s most popular peaks, the Colorado Fourteeners Initiative (CFI) revealed in a report this week.

The CFI has studied hiker traffic on Colorado’s highest peaks since 2014, using a combination of remote thermal sensors and mathematical modeling to estimate how many people venture up the state’s fourteeners every year. The organization estimates that visitors logged 303,000 hiker-days on those 58 peaks in 2021. That’s a drop of 27 percent from 2020, when pandemic closures and travel restrictions drove hikers to collectively spend 415,000 days on the mountains over the course of the year, though last year’s statistic still towers about the 288,000 days that visitors spent on fourteeners in 2019.

Behind the drop were several notable closures and new regulations that took effect in 2021. Last summer, landowner John Reiber closed access to privately-owned mountains Democrat, Lincoln, and Bross, citing concerns about litigation from hikers who wandered dangerously close to old mining infrastructure. (Although the summit to Bross is closed indefinitely, the Decalibron Loop brings hikers close to the top.) The loop has since reopened, but the two-month closure heavily impacted visitor numbers; the CFI estimates that the Mosquito Range, where the peaks are located, saw a 65 percent drop in visitation.

New parking restrictions, aimed at managing pandemic-era crowds, also contributed to the decline. Quandary Peak saw a 29 percent drop in visitation following the announcement of new rules that required high-season visitors to fork over as much as $50 for a parking permit, show up in the late afternoon, or take a shuttle, while restrictions on parking on the access road to Grays and Torreys peaks slashed visitors to those by about 38 percent. Only the 13 peaks split between the Elk Mountains and Sangre de Cristos saw an increase in visitation.

Welcoming visitors to Colorado’s Fourteeners has long been a balancing act for land managers. Although fourteeners drive millions of dollars in visitor spending—$82.2 million in 2021 alone, the CFI estimates—they’ve also drawn crowds to some of the state’s most fragile landscapes. In 2015, the CFI reported that building out fourteeners’ trail networks to properly accommodate crowds would cost roughly $24 million.

The 2021 report also included estimates for hiker use days per peak, and a ranking of the most and leas popular peaks.

Most popular Colorado fourteeners by hiker use days in 2021:

Least popular Colorado fourteeners by hiker use days in 2021:

This story was originally published by Backpacker.com.

5 Carabiner Devices Put to the Check

New Route on the West Face of Les Drus