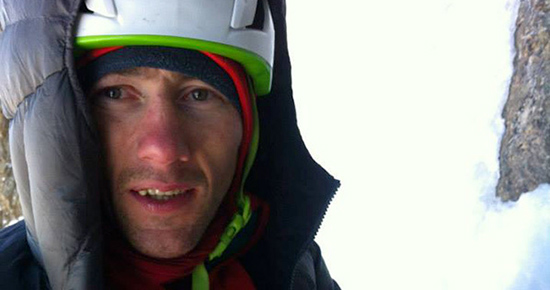 41-year-old Italian mountaineer Corrado ‘Korra’ Pesce was seriously injured in a climbing accident on Cerro Torre in Patagonia. Loved and respected by all, and known as one of the strongest climbers of his generation, Korra was climbing with Argentine mountaineer Tomás Aguiló when the two were hit by rock and ice. Aguilo, after descending alone and alerting the rescue service, was transported to safety. Unfortunately the rescue efforts for Korra, still on the mountain, have been suspended.

Devastating news comes from El Chalten in Patagonia where 41-year-old mountaineer Corrado Pesce was seriously injured on Cerro Torre. Known to all simply as Korra and esteemed as one of the strongest alpinists of his generation, the Italian mountain guide was climbing with his Argentine colleague Tomás Aguiló.

According to reports published by the Argentine newspaper La Opinion Austral, the two had managed to complete a new route on the north face of Cerro Torre and were descending the east face. During the night their bivouac was hit by volley of rocks and ice; both suffered serious injuries, so much so that Aguilo was forced to leave Korra at the base of the huge corner on the east face, sheltered in the so-called “English box”.

Aguilo managed to descend on his own accord and call for help. Over 30 mountaineers and volunteers from the “Comisión de Auxilio de El Chalten” mountain rescue were involved in the complex rescue operation, and yesterday Aguiló was airlifted to safety by an Argentine military helicopter.

As reported by the Argentine newspaper, as a result of the bad weather and the extent of his injuries, the rescue operation for Korra has been suspended. With each hour that passes, the hopes for finding Korra alive diminish considerably. The Italian-born, Chamonix-based guide is universally known as one of the best mountaineers of his generation and, we add, one of the most sincere and pure.

Updates about further developments of this tragic accident will be provided in due course.

Grocery prices are climbing. Right here’s how a lot

NoliFest returns April 22-24 for a weekend of outside adventures

County considers a ban on tenting