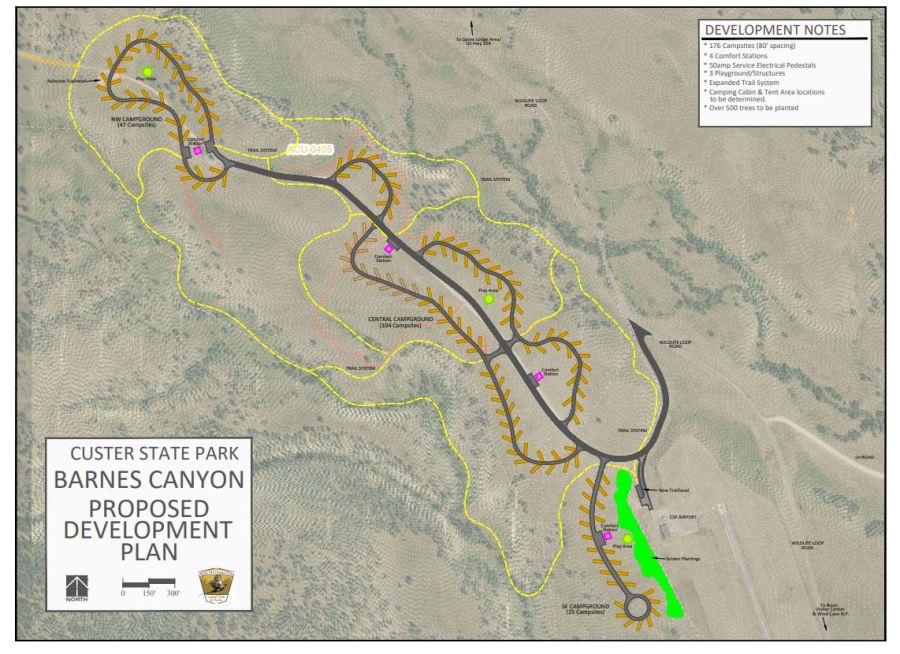 SIOUX FALLS, SD (KELO) — Paul Horsted of Custer and Scott Simpson, an official with the state Department of Wildlife and Parks, both get to talk about the wildlife and the experience of visiting Custer State Park.

Horstad said his perspective made him question why the state would want to add a proposed 176-site campground near the park’s wildlife loop road.

Simpson, the director of the GFP Division of Parks and Recreation, said he uses his passion to create more ways for people to visit and enjoy the great outdoors, including camping at Custer State Park.

Custer State Park saw a 25% increase in camping units from 2012 to 2021 without an increase in the number of campgrounds in the park, Simpson said.

The traditional camping season runs from May through Labor Day, but more campers are arriving earlier in May and camping after Labor Day, he said.

“We are also seeing an increase in mid-week camping units. On Mondays, Tuesdays and Wednesdays we traditionally didn’t see as many campers, we saw extra usage on those days,” Simpson said.

“It was a great relief”: Ten years after graduating, the man from Sioux Falls celebrates paying off student loan debt

Increased use and a desire initially to help state residents gain better access to the park’s campground prompted the GFP to request approximately $10 million in general funding for the campground project, Simpson said.

The location of a proposed new campground at Custer State Park. The campground would be in Barnes Canyon. The map is from the South Dakota Game Fish and Parks Department.

The proposal and application for funding are before the House Agriculture and Natural Resources Committee. Committee review is one of several steps required before final approval. The proposal now provides for 176 RV/RV campsites with electricity but no water or sewerage. The proposal could change during the legislative process.

“It’s definitely a department-driven idea. I want to make sure everyone understands that,” Simpson said.

An attempt in 2021 to set a timeframe when residents can initially make camping reservations for non-residents failed when it was discovered the state would lose federal money it spent on state parks and local outdoor projects if it passed a priority deadline for the reservation time would elapse residents, Simpson said.

GFP then said, “We have a problem that is not going away,” Simpson said. That’s when the GPF decided to use state fund money to expand the campground at Custer State Park.

Horsted understands that more people want to camp at Custer State Park, but creating another campground can encompass just the things people love about the park.

A park visitor driving the Wildlife Loop wants to see bison or moose. Instead, within that first mile, “You’re coming to a campground…” Horsted said.

Horsted said the proposed campground is part of an “incremental creeping development” at the park and other state parks in the area.

A map of the proposed campground at Barnes Canyon in Custer State Park. The map is from the South Dakota Department of Game Fish and Parks 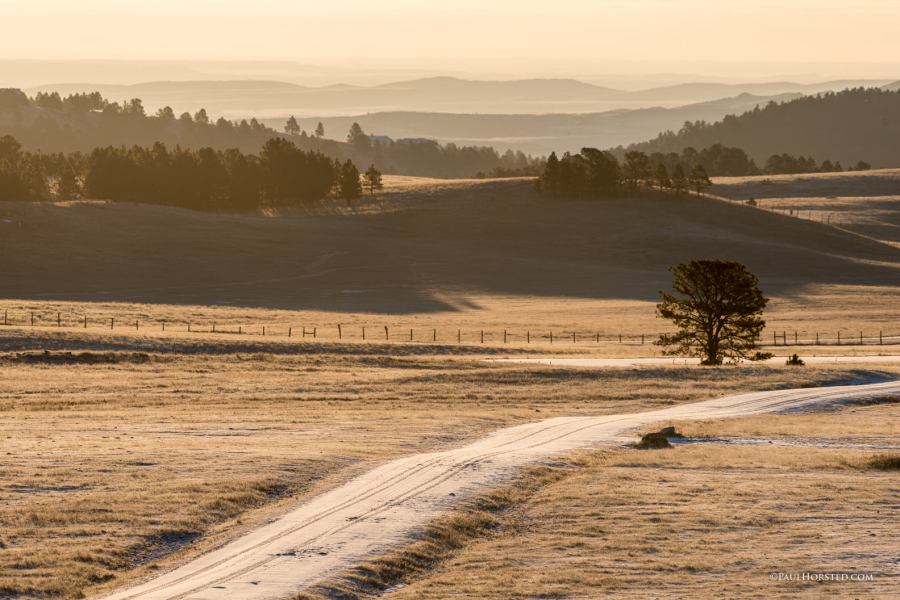 Paul Horsted took these photos on January 20th at Custer State Park. Horsted said part of the proposed new campsite is at the forefront.

The state has added a visitor center at Custer State Park. More parking lots have been added at Sylvan Lake to reduce overcrowding, he said.

“You could build five more parking lots and they would fill up,” Horsted said.

Selection of the proposed campsite

The site is along the wildlife loop near the park’s airport in Barnes Canyon.

Horsted visited the area on the morning of January 20th and thought, “Boy, this is an area that has never seen this level of development.”

“They open up an area for development on a level that hasn’t existed before,” Horsted said.

The area is also a gathering point for wildlife. That morning he saw two bison bulls. 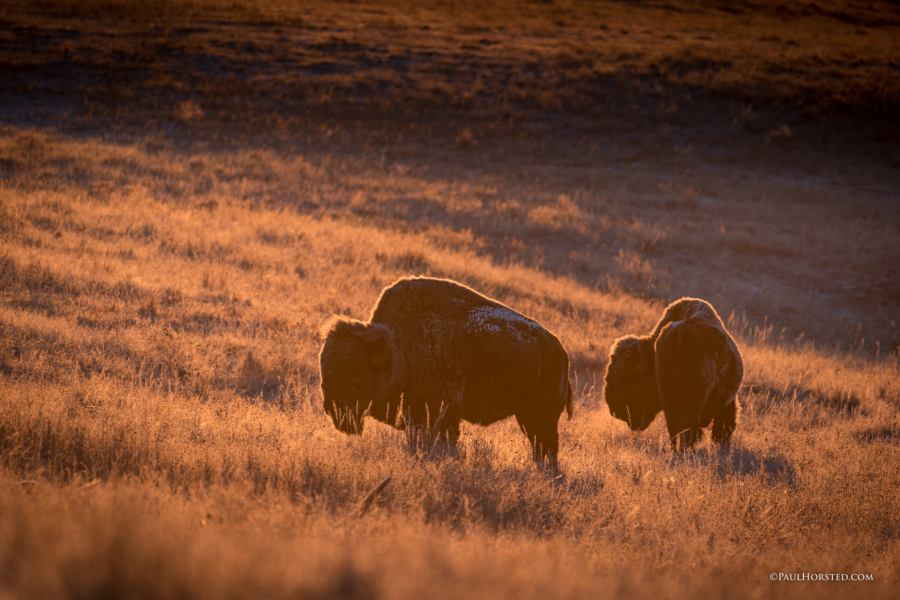 Paul Horsted took this photo Jan. 20 at what he said would be the proposed new campground at Custer State Park.

“There were hundreds of moose droppings and not all were new, some were from last year,” H0rsted said.

Simpson said the CFP does not want to select pristine area and is considering “what available areas are reasonable and responsible”.

The selected area “rose up,” Simpson said. “We wanted to keep development close to where development exists now.”

The proposed campground is near the airport and about a half-mile from the park’s sewage lagoons, he said.

The site is near a park entrance off South Dakota Highway 16A and along an existing road, Simpson said.

“It’s not heavily forested, so it’s not like we’re[cutting down]a lot of trees,” Simpson said.

Although Simpson said proximity to existing water and sewer lines is an advantage, Horsted said expanding the supply lines still requires digging up the land.

wildlife and the campsite

The proposed campground will not reduce the park’s capacity for bison, Simpson said.

GFP biologists and wildlife management staff have and are reviewing the proposal, Simpson said.

“We are confident that the development will not have a significant impact on wildlife,” Simpson said.

The campground will encroach on an area used by wildlife, Horsted said. Traffic, even smoke generated by campfires, can negatively impact wildlife and the area, he said.

Campers mean more traffic, including the extra vehicles they can take, including ATVs, Horsted said.

With the additional people and vehicles, the GFP would create a small town within the park, Horsted said. 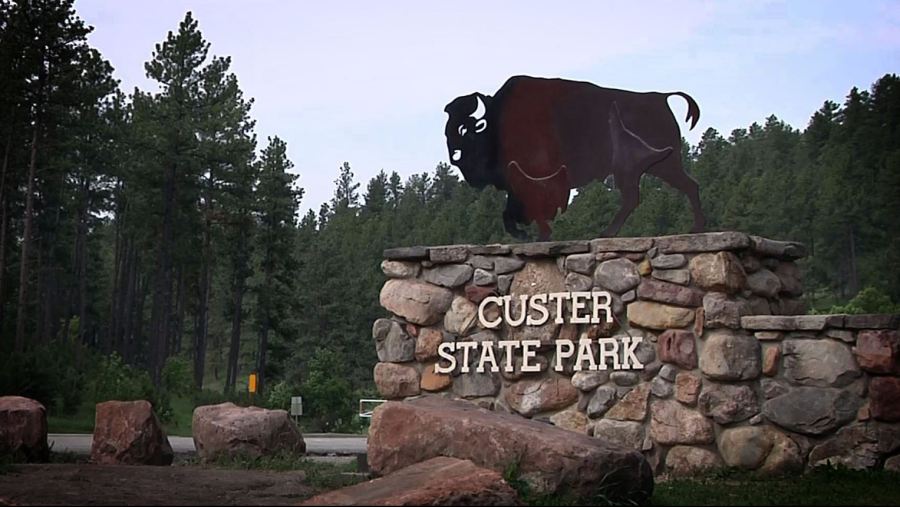 The GFP estimates the park averages 4,905 vehicles per day, Simpson said. The average is influenced by fewer cars on some weekdays and more cars on a Saturday.

GFP staff estimate there are 1.2 vehicles per campground in the park. “One in five locations has an additional vehicle,” Simpson said.

The proposed 175 campgrounds will bring an average of 210 vehicles into the park each day, Simpson said.

That’s not a significant impact, he said.

Park staff have also said that most of the ATVs used at the park are not brought in by campers but are rented from local businesses, Simpson said.

gov. Kristi Noem announced the proposed new campground at Custer State Park in her Jan. 11 State of the State address.

“We plan to add more campgrounds at Custer State Park to expand our ability to accommodate local and international residents,” Noem said in her speech.

Horsted said the campground was as Governor Dennis Daugaard announced the creation of a campground in Spearfish Canyon a few years ago.

“Announcement as if it were a done deal,” Horsted said.

City of Brookings launches ‘Thank you for a latte for healthcare workers’ campaign.

Horsted said the campground process proposed by Custer State Park has not been very transparent “as the state can be (not as transparent)”.

As of January 21, the GFP had no visible map of the proposed campsite or any information related to it.

“We’re just starting to get information out there,” Simpson said.

The CFP will share information about the proposed campsite, he said. Simpson stressed that the committee will review the requested funding next week or so, so it’s very early in the process.

Here is How COVID-19 Instances Are Climbing In Minnesota In contrast...

12 of the Finest Tenting Books For Children

5 outside hidden gems to go to this summer season in...