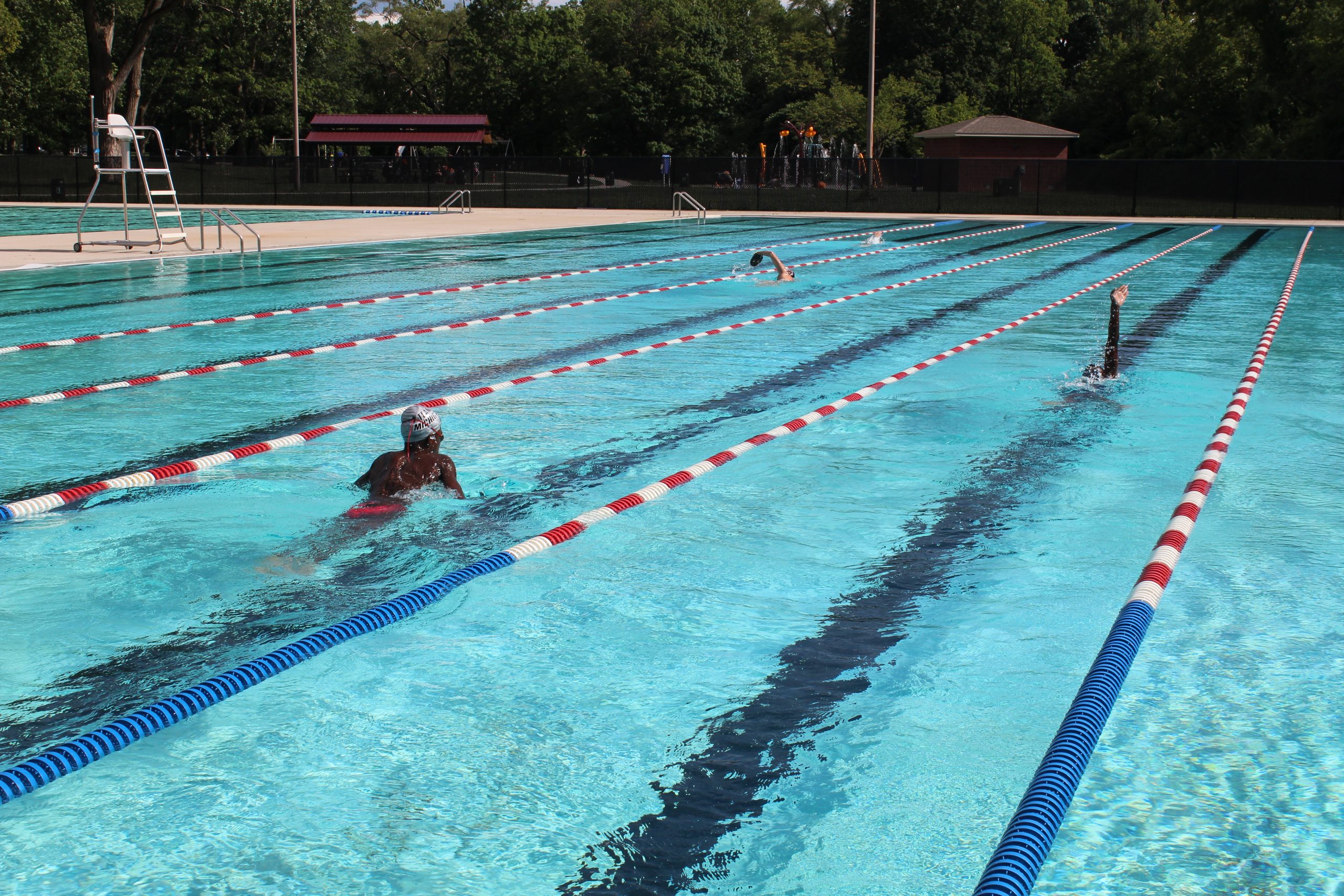 In many ways, Labor Day weekend marks the unofficial end of summer. In Detroit, it denotes the last weekend the pool is open at the Brennan Recreation Facility in Rouge Park. It is the only outdoor pool operated by the city of Detroit.

Brennan Pool is one of seven pools operated by the City of Detroit. The facility was built in 1929 and after being closed for some time, it was renovated and reopened in 2014. Residents now visit Brennan Pool for swimming lessons, aqua aerobics and more.

King Williams is a member of the Detroit All Star Aquatics swim team. Williams says his relationship with swimming began when his mother took him to a recreation center and asked him if he wanted to swim.

“And since I was four, I didn’t know what she meant, so I said yes,” Williams recalls. “At the time I had a nervous tic and instead of taking medication, she put me in the water to make me feel better.”

Williams is one of the best swimmers in the state. He recently placed second in the 12-year-old 100m freestyle at the Michigan Age Group State Championships.

La’Von Waters also grew up swimming and has been to many pools in the area. In the past, Waters swam competitively, but this summer her focus was on teaching swimming lessons. She wants to help prevent drowning in her community. At least three locals have died this summer alone.

“There have been so many drownings this year, especially among people of color. So I think it’s very important that everyone learns to swim,” says Waters.

Over the summer, the city of Detroit has been offering free swimming lessons at Brennan and other community pools.

Sharon Green lounges in a lawn chair nearby, keeping an eye on her daughter, niece and nephew. Green lives in Detroit and takes the kids to the pool three or four times a week.

“I enjoy watching them have fun,” says Green. “You can’t get enough of this place up here. It’s a very nice place to bring your family just to get away you know.”

Changes will soon be underway for the facility. Detroit Pistons owner Tom Gores’ family foundation is donating $20 million to build a new community center next to the pool. City officials say the idea is to fill a gap in access to indoor recreation for the surrounding Cody Rouge neighborhood.

At a community gathering in August, attendees were asked what they wanted to see at the facility by choosing from a list of options, including a fitness center, cooking classes, arts and crafts and more. More community engagement meetings are planned for the fall and winter seasons.

Construction of the new facility is scheduled to begin in summer 2023.

WDET strives to make our journalism accessible to all. As a public media institution, we maintain our journalistic integrity through the independent endorsement of readers like you. If you value WDET as your source for news, music and conversation, please make a gift today.

Former member of USA Climbing workforce charged with a number of...

Are BCAAs Useful or Simply Hype?

13 of the Most Sustainable Out of doors Manufacturers

The best way to watch Sporting at Colorado on Saturday |...