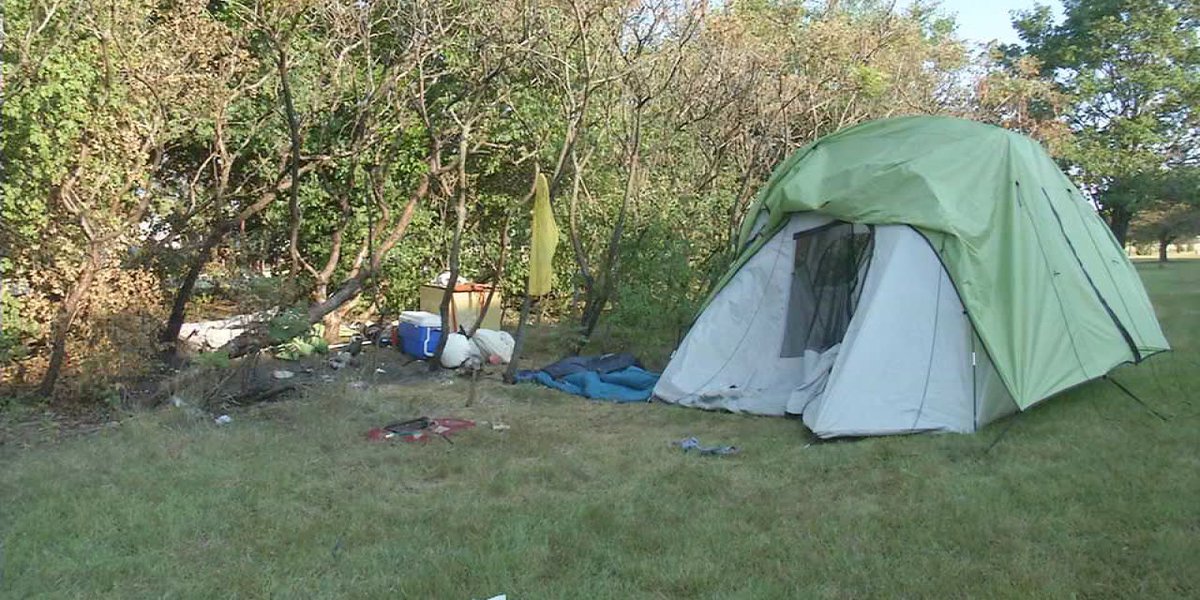 CEDAR RAPIDS, Iowa (KCRG) – Danny Gorectke lives in a bush just off Highway 151 in Dubuque. Living outside is something he has enjoyed for the past 7 years.

“I prefer that kind of lifestyle,” he said.

That will change at 1 p.m. next Monday after he received notification of the new camping ordinance from the city. A letter he received from police on Thursday said he had 96 hours to move his belongings because the piece of city property he lived on was not allowed.

“We’re trying to get them somewhere safe to live,” said Cori Burbach, deputy city manager of Dubuque. “These areas are dangerous not only for the community, but for them. We saw people sleeping in parking ramps and downtown streets.”

Burbach said it’s a trend that’s been increasing over the past year. She says in 2021 they had 5 homeless camps. That number has increased to 15 this year.

Burbach said the ordinance is one of the city’s ways to help those who don’t have a home.

“We’re not trying to criminalize homelessness,” she said.

That’s just not how Gorectke felt as he prepared to haul all his belongings more than five miles to Miller Riverview Park, where the paper he received said camping was allowed.

“We’re human too, you know,” he said. “We are citizens and also have rights.”

Liked to loss of life: Science Moab seems to be again...

A Morning Scramble with John Hickenlooper and Tommy Caldwell