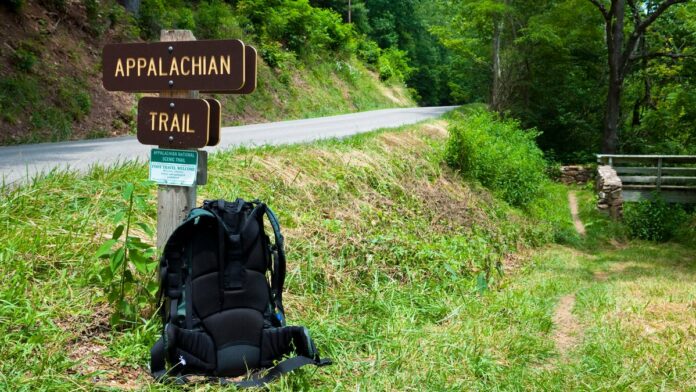 At this point in the year, we are well into the northbound thru-hiking season. Appalachian Trail hikers might be deep in Virginia, Pacific Crest Trail hikers are getting closer to entering the Sierra, and Continental Divide Trail hikers are making tracks across the New Mexico desert. Not all of them will see it through to the end, though: statistically, around three-quarters of the thru-hikers who set out this season won’t reach their goal. In 2022, for the first time since I began taking extended backpacking trips, I found myself among them.

“Never quit on a bad day” is a well-known maxim, and the day I left the Arizona Trail had actually been better than average. I felt strong, the scenery was amazing, and the path was smoother than it had been, despite intense climbs and descents over the 20 miles.

However, my skin had been giving me problems since the first few days of my trip. First, a prickling rash blossomed across my legs and hands. I doggedly applied sunscreen every two hours, but it didn’t help: within days it had evolved from a reddish inflammation to full-blown heat-rash blisters on my legs, chest, and down my fingers.

At the same time, my thigh chafing was getting steadily worse, until each step felt like someone was grinding salt into a road rash. After the first 100 miles, the palm-size patches of chafed skin were splitting open from the constant abrasion. The oozing pus and streaks of blood acted like an adhesive, gluing shorts to the open sores. I added gels and ointments and creams to my resupplies and started hiking in my camp pants to alleviate the worst symptoms.

Family obligations meant I hadn’t planned to finish the Arizona Trail (AZT) in one go anyway, aiming instead for Flagstaff, with loose plans to finish the final 200-ish miles in the fall. My skin was bad, but it wasn’t bad enough to make me want to quit before Flagstaff.

Then one night, unable to sleep for the third night in a row thanks to the burning of my various skin ailments, I opened my GPS app around 2 A.M. to see what the elevation for the next day looked like. About 15 miles from my campsite, I noticed a road crossing. Maybe I’ll go into town and try to heal my skin for a day or two, I thought.

I turned my phone off and tossed and turned, trying to keep any material—from my pants to my sleeping bag—off my oozing skin. Another hour went by. I turned my phone on again and looked at the map. It would only take a few hitches at most to get back to a town that had an airport. I thought, What if I didn’t get to Flagstaff this time?

It wasn’t my original plan, but no one was forcing me to stay. I liked the AZT, and I felt strong and fit, but I also didn’t feel incredibly compelled to reach Flagstaff. I turned the thoughts over as the minutes crawled by and I still couldn’t sleep.

This might not seem like a particularly enlightened mindset, but it was a big deal for me. I’ve spent a long time making my ability to suffer part of my personality. What I lacked in natural athletic ability, I made up for in grit and determination. If I cut this trip short, what did I have left?

I packed up at first light and hauled out of camp, my mind racing with the idea of making a choice within the next 15 miles. I pulled out my phone, overwhelmed almost to tears. I didn’t know how to define what I was feeling.

Who am I without my accomplishments? What should I do? I typed out a message to my friend who was probably still asleep two time zones away. I stared at the screen as the red exclamation point materialized: no service.

If I wasn’t feeling so wretched, I would have laughed. I was on my own.

My “tough it out” mentality has been with me as long as I can remember. I’d jump up immediately after wrecking my mountain bike or falling on a climb, proving I was unaffected by the impact. My first instinct has always been to prove that nothing affects me, to show I’m fine before checking with myself to see if I actually was.

On trails, that has meant fewer crashes but more long-term toughing it out. But in the end, I had to wonder what exactly I was proving with this. That I was stronger? Tougher? Better at suffering? That I always reached my goals?

Of course, when you make toughness a pillar of your identity, your dedication to it stops being rational. For many people pursuing extended backcountry travel, stopping can be harder than continuing. Reaching your goal is seen as the be-all and end-all of any endeavor, which means stopping early is a lot more complicated.

What if I don’t reach my goal?

I thought about this for the seven hours it took to hike the 15 miles to the road crossing. When I got to the road, I got a ride to town, and I went home.

What happened then? Nothing. I put aside my somewhat arbitrary goal, had a good trip, and nothing about my inherent self-worth has changed.

As hikers fall short of their initial goals this season, whether it’s an extended section or the full trail, I hope they can realize that not reaching the goal doesn’t change their inherent worth. It’s about what you got out of the experience and how you respect yourself in the process. It’s taken me a long time to get to this mindset, but it feels like the right place to be.

These of us who dwell and work within the outside want...

Donate Your Used Gear to Assist Others Expertise the Outside