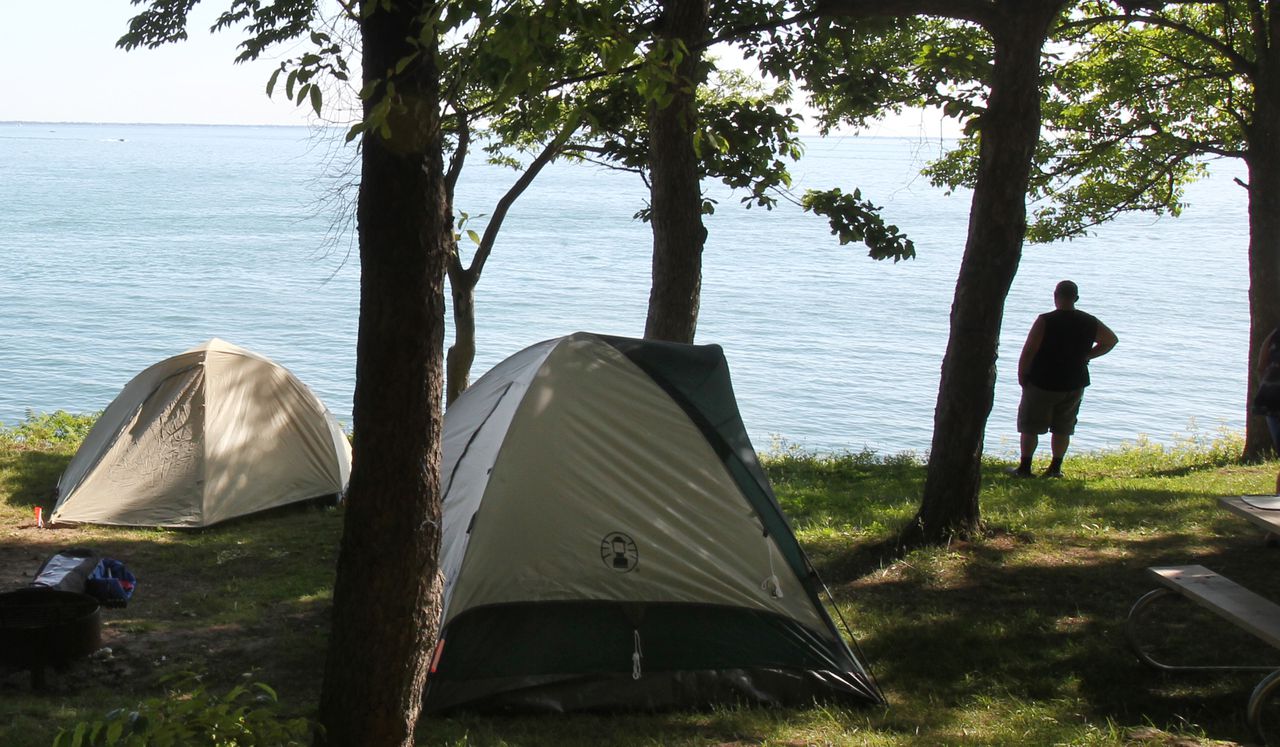 JOHNSON CITY, Tennessee — I sat in a parked car and looked out across the water of beautiful Lake Erie; behind me, the glittering city of Cleveland. It was quiet. The sun was shining and the water, only gentle, frigid ripples. There wasn’t much of a breeze, though when it hit you, it cut straight to the bone. There were no boats on the water, and far off in the distance, just gliding birds. I looked at the shoreline and a thin strip of snow-covered beach leading to a dock.

Here in Cleveland, when it gets cold enough, you can camp out on frozen Lake Erie, in a tent — or why not in an igloo, like an Eskimo. I have never been camping. Not in a tent, anyway, nor an igloo. I don’t know if that’s weird or not, but I find most people are shocked. I guess I come across as a rugged outdoors kind of guy. The quintessential mountain man; hardly. The thought of sleeping on the cold, wet or frozen ground, in the middle of mosquito- and bear-infested woods, or on an iced-over lake, having to use the restroom over two trees, or in a hole in the ice, was never appealing to me.

But at the same time, it wasn’t for a lack of wishing that it was appealing to me. I like the idea of ​​roughing it out in the woods, hacking down small trees for logs, collecting kindling, and building a bonfire to roast the wieners and slabs of steak. I picture us sitting around the fire, using tree stumps as chairs, rubbing sticks together to keep the fire lit.

There are mega stores that exist strictly for camping gear. I started researching the camping experience and what accessories were required.

First and foremost, you need a tent, and stake to keep it from blowing away. How about waterproof sleeping bags and a “camping pillow?” Headlamps, flashlights, camp chairs, a camp table, lanterns, a clothesline, tarps, and a cooler. That’s a lot of stuff. I have stayed in hotels with less.

Suddenly, it seems complicated and moderately overwhelming. I never thought of camping requiring such attention to detail. I have always associated hardship and scarcity with camping. The esoteric simplicity of it, becoming one with the woods, connecting with your spiritual self, experiencing some kind of nirvana — that had all been lost on me during those camping invitations by well-meaning friends.

My utter refusal to camp has always been a mental barrier, nothing more. A phobia? Perhaps, but it is more a phobia, I think of discomfort than of actual fear of being eaten by a marauding pack of coyotes, a bobcat, or an angry and starving mother bear.

I have elucidated that, if I go camping, I am bringing a canister of Counter Assault Bear Spray, which is, by the way, legal to carry, open or concealed, in the state of Ohio.

Experienced campers usually just laugh at me when I speak such balderdash. “First of all,” they say, “it is too cumbersome to lug into the woods, and secondly, you are an idiot.” Point taken. But after much coaxing and belief, I am seriously considering giving outdoor Eskimo camping a try for one night, unarmed. I think I can survive a single night out in the woods.

“And what about all the food we bring? Surely, it will attract wild animals like gigantic bears?” I ask The experienced camper will only scoff and respond with, “You hang the food in trees nearby so animals can’t get it.”

But in my head, that makes no sense, because if the meat they want is up in the trees out of reach, they will go after the available meat, which is soundly asleep in fabric tents, secured by plastic zippers.

Maybe I will step out of my comfort zone and give it an honest try. maybe

Greg Evans, a graduate of New York University and East Tennessee State University, is the chief writer and associate director of communications at King University in Bristol, Tennessee.

Have something to say about this topic?

* Send a letter to the editor, which will be considered for print publication.

* Email general questions about our editorial board or comments or corrections on this opinion column to Elizabeth Sullivan, director of opinion, at [email protected]

Schumer introduces invoice to spice up federal funding for out of...

Windfall outside swimming pools reopen for the summer time