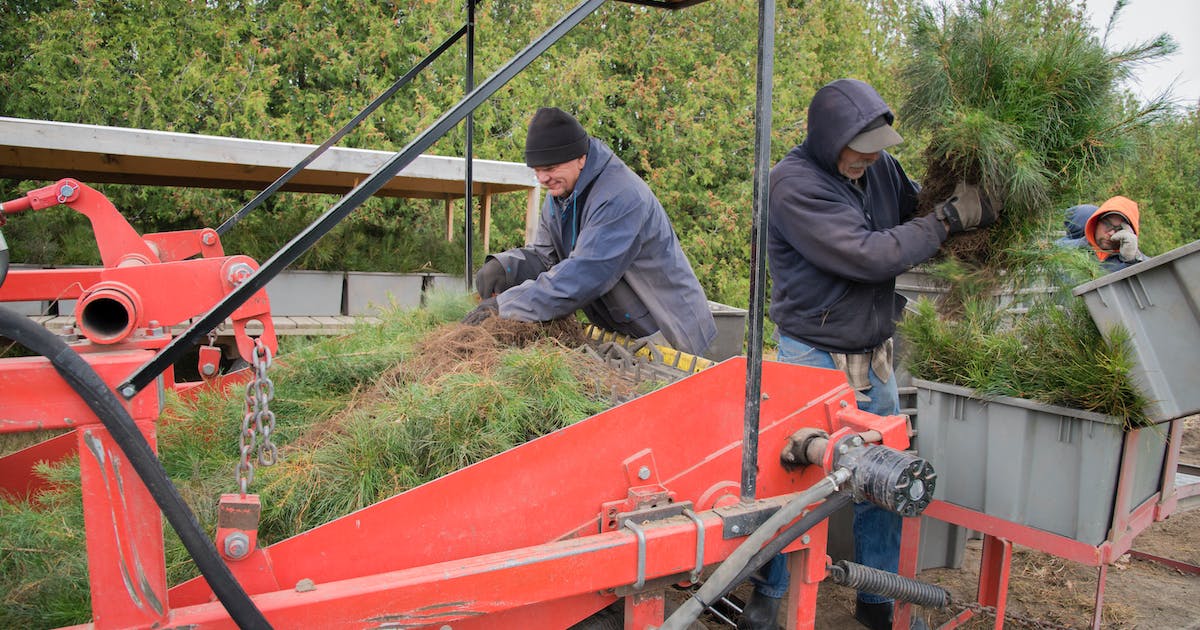 The Minnesota Department of Natural Resources’ to-do list is extensive, and with Democrats now in control of the House of Representatives, Senate and Minnesota Governor’s Office, the agency has a better chance of making “one off” spending to manage natural resources and improve access to the outdoors, the last session could not be secured.

In its most recent session, the department asked lawmakers for more than $300 million for one-off projects across the state, but got largely nothing after major spending bills collapsed over disagreements between parties. The impasse left most of the state’s record budget surplus on the table.

Minnesota’s budget surplus may have shrunk from $9 billion to $7 billion, but it remains a rare opportunity, DNR Commissioner Sarah Strommen said in an interview.

Sen. Scott Dibble, a DFLer from Minneapolis and a member of the Senate Finance Committee on Environment and Natural Resources, said the changed composition of the Senate will “absolutely” help the DNR’s one-off funding proposal, which he supports.

“We have the opportunity to consider the proposals in a reasonable and reasoned manner without a knee-jerk political response due to partisan differences and the inherent hostility our previous chairman had towards agencies focused on the environment,” Dibble said.

The previous committee chair was Senator Bill Ingebrigtsen, the Republican from Alexandria who did not seek re-election. New committee chairs have not yet been announced.

Dibble described the DNR’s previous $300 million request as reasonable and modest considering the DNR draws so little from the state’s general fund money.

“I think Minnesotans will appreciate that there is no deadlock,” he said.

Strommen said the state hasn’t had the ability to make major investments outdoors in years, and it’s starting to diminish people’s experiences because many of the state’s structures date from the 1930s. The pandemic has highlighted the importance of the state’s natural resources, outdoor recreation and wild areas to Minnesotans, she said.

The DNR is struggling to find new revenue as traditional sources such as user fees, fishing licenses and federal taxes on certain outdoor gear fall short.

The governor’s office usually releases the budget proposal in late January. Strommen didn’t provide specifics on what the DNR will ask for, but it will likely be similar to last year’s $316 million request. Since 2023 is an odd-numbered budget year, this time the DNR will also ask about its two-year operating budget. It’s currently $1.3 billion.

Strommen said she wanted to start the conversation about the one-off projects earlier this time. She cited state parks as an example. They need upgrades like adding electricity and updated bathrooms and showers to make them accessible to people of different abilities.

The park — a favorite for weddings, family reunions, church and school groups — is a National Historic Landmark with nearly 200 buildings, many of which date back to the 1930s. There is constant work to be done: water wells are filling up with sand and buildings need new roofs, siding and electrical systems.

“There are all sorts of things that need to be done,” said park manager Rick Dunkley.

Dunkley said some structures are so dilapidated that they cannot be used. A shower room in a storage area has been out of use for 17 years because it was destroyed by an old plumbing accident, he said. Campers often ask if it’s been fixed, he said, and they have to hike to use a much more distant facility. Some cabins are also in the raw state.

“The windows are falling out of them, they’re so old,” he said.

The breakdown of the DNR’s spending proposal is likely to be different this time. Last year’s proposal included: $65 million for buildings, bridges and wells; $26.5 million for land acquisition; $21 million for office buildings and natural resource facilities; $12 million for a new visitor center for Lake Vermillion State Park; and $10 million for fish hatcheries.

The state’s boat ramps are a simple example of needed improvements, Strommen said. Many were built decades ago, when boats looked different, invasive species were less of a concern and water levels didn’t fluctuate as much as they do today due to climate change, she said. Too often boaters encounter crumbling concrete ramps and docks that are too high or too low.

At the DNR’s State Forest Nursery near Akeley in Hubbard County, the lack of storage facilities for seedlings and “antiquated” seed-harvesting equipment limit the nursery’s ability to meet the growing demand for trees, Amy Kay Kerber said , Head of Legislative Affairs and Public Relations for the Nursery. Planting trees is a key strategy in the fight against climate change.

The DNR will only produce about 4 million seedlings this year, she said, “well below” its production capacity of 10 million.

“Given the demand to plant more trees … it will be to everyone’s advantage if we can get closer to that cap,” Kerber said.

Likewise, the DNR’s historic Waterville Hatchery in Le Sueur County is showing its age. It is one of the state’s largest cold-water breeding grounds and the primary source of walleye in southern Minnesota. It raises 45 million walleye spawn each year, as well as about 220,000 musky spawn — 30% to 50% of the state’s total, said hatchery manager Craig Soupir.

But it was built in the early 1950s as a much smaller facility and isn’t suited to the demands of a modern hatchery, Soupir said. Part of the hatchery is an old converted garage. Rebars protrude through the concrete in the fish ponds, and inside, water from tanks regularly spills across the floor, he said.

The hatchery also needs greater biosecurity measures so that the water entering and leaving the hatchery can be filtered to help control diseases, pathogens and invasive species, he said. They’ve been losing fish to suspected pathogens in the water for the past few summers.

But one of the biggest problems, Soupir said, is their inability to control water temperature, making it harder to breed fish.

“It’s pretty critical not being able to control the water in a fish hatchery,” he said. “It’s such an old facility.”

Oliver Parks and Recreation so as to add 4 new pickleball...

In Pursuit of New Waves, the Goat Surf Membership Heads to...