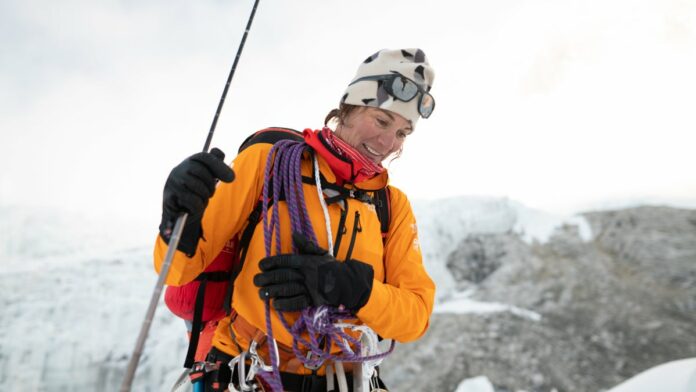 On Wesnesday, the body of missing mountaineer Hilaree Nelson was found on the southern slope of Manaslu, Nepal government officials confirmed.

“Rescuers retrieved her body from the south slope of the mountain, about 1000 meters below the peak,” said Sachindra Kumar Yadav, liaison officer at base camp. Nelson’s partner, Jim Morrison, was part of the rescue team that recovered her body.

The 49-year-old mountaineer was skiing down from the 26,781-foot summit with Morrison when she fell off the mountain a few meters below the peak, according to Nelson’s outfitter Shangri-La Nepal Treks. However, the exact nature of the accident still remains unclear.

Rescue operations were hampered by bad weather on Monday. The complex process for obtaining a flight permit in the Manaslu Conservation Area, where the incident took place, also delayed the rescue operation.

On Tuesday, a helicopter search and rescue team spotted objects resembling skis and clothes, but could not confirm because poor weather prevented them from flying any closer. On Wednesday morning, Morrison and other search and rescue personnel returned to the scene at and spotted Nelson’s remains around 9:30 a.m. local time, according to Jiban Ghimire, owner of Shangri-La Treks.

After finding the body, he helicopter dropped Morrison and another Nepali guide at around 6,500 meters, the pair proceeded to free Nelson’s remains. “Jim told us that they literally dug up the body from the frozen ice,” said Sachindra.

Her body was airlifted to local police and later to Kathmandu for an autopsy.

On the same day as Nelson’s accident, a Nepali climbing guide, Anup Rai, was killed by an avalanche that below Camp IV.

We’ll continue to update this story as we get more information.

Street Biking Is Ripe for Reinvention

Outside Journey Present In search of Mainers Who Do not Get...

Why Each Dad Wants a Dorky Solar Hat