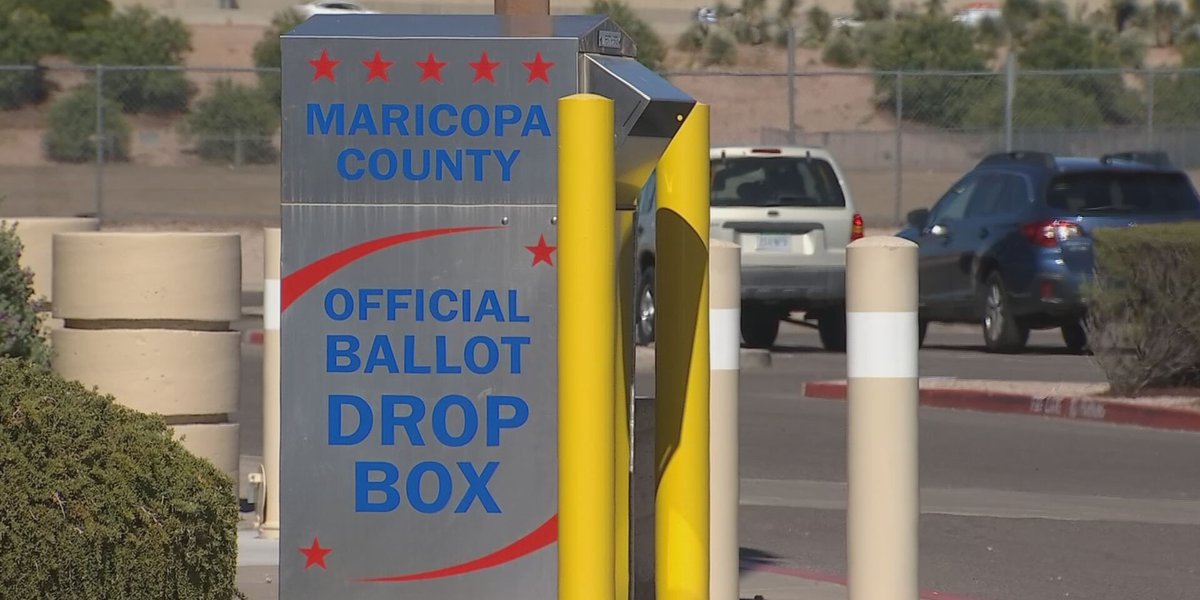 PHOENIX (3TV/CBS 5) — There were plenty of people who cast their early ballots on Friday with no problems and no confrontations with vigilante monitors. But not everyone is so lucky. Images of gunmen carrying tactical gear at drop box locations in Maricopa County have sparked new concerns about voter intimidation.

A Mesa voter claims she dropped her ballot into a Dropbox on Tuesday when someone was camping out there and took a video of her on their cell phone. “I should be able to cast my ballot without worrying about someone recording me what kind of personal information they might get if they think I did something illegal while I was just casting my ballot.” ‘ said the voter.

The woman reported the incident to the Office of the Secretary of State. So did a number of other voters who say they were targets of intimidation.

The complaints prompted several nonprofit groups to file a lawsuit in federal court, asking a judge to enact stricter restrictions on ballot boxes to prevent incidents of voter intimidation. However, the request was denied on Friday. US District Court Judge Michael Liburdi said, “While this case certainly raises serious questions, the court cannot grant an injunction without violating the First Amendment.”

The worried voter doesn’t want what happened to her to put people off voting, but she is worried Friday’s court ruling will lead to further voter intimidation ahead of Election Day. “I’m concerned if someone doesn’t turn in their ballot on time things could escalate,” the voter said. “I’m concerned it might end up turning voters off.”

Maricopa County Sheriff Paul Penzone said earlier this week that voter intimidation isn’t always a criminal act, but that doesn’t make it right and doesn’t help the election process. Penzone encourages people not to camp at ballot boxes, even though they have a legal right to be there. Anyone who yells or tries to sway a voter could break the law and be prosecuted, Penzone said.

Gardening: In reward of pole pruners, and no ladder climbing |...