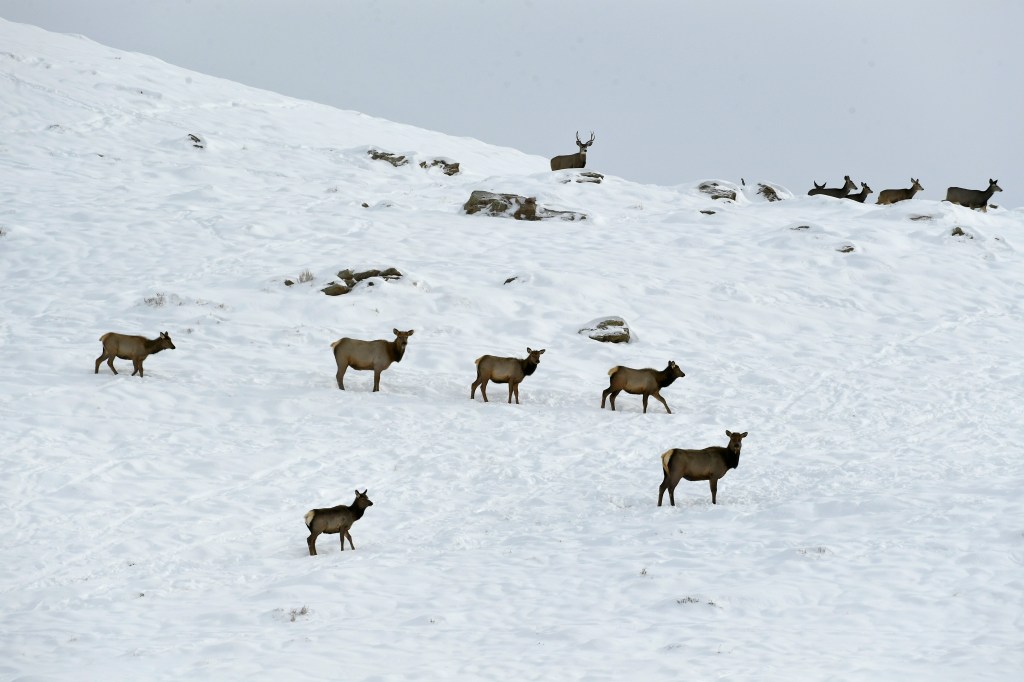 A plan that has been in the works to respond to calls for more mountain bike trails in the Steamboat Springs area has been criticized for not taking enough steps to protect one of Colorado’s largest herds of moose.

Routt National Forest released a draft environmental assessment and proposal for the Mad Rabbit Trails project in October and will review the comments and feedback before making a tentative decision, possibly by April or May. People can then submit comments and objections before a final decision is made.

Forest Service officials said the proposal, which has been in development for about five years, strikes a balance between creating new trails on forest land and protecting wildlife and other natural resources.

The draft plan reduced the proposed hiking trails from approximately 79 miles to 52 miles.

However, the proposal has drawn objections from conservation and wildlife advocates who claim the environmental analysis is based on outdated science. They believe that if the project continues in this way, it will set a bad precedent across the region.

“All eyes are on the conversation about the balance between outdoor recreation and the impact it has on wildlife,” said Gaspar Perricone, chair of the Colorado Wildlife Conservation Project, a coalition of statewide hunting and fishing groups.

Mad Rabbit’s decision could set a precedent “for future state government evaluations of that balance,” said Perricone, who lives in the Steamboat area.

In written comments to Routt National Forest, the Colorado Department of Natural Resources expressed some of the same concerns. The agency said there was potential to set a precedent for future trail construction, as a significant portion of the new trail’s segments would intersect with sensitive moose habitat and roadless areas, forested areas where road construction and other activities are limited.

“There’s a lot at stake with this result,” said Perricone.

Mad Rabbit’s proposal sheds light on the tensions that exist across the state between the increasing popularity of outdoor recreation and the protection of open spaces and wildlife. Economic interests are high. Wildlife-related recreational activities – hunting, fishing, tourism – generate $5 billion a year. Outdoor recreation contributed $11.6 billion to Colorado’s economy in 2020.

Along with more people and new developments, outdoor recreation expanding further inland is increasing the pressure on wildlife. The state’s moose herd is the largest in the world at about 309,000, but over the past 20 years it has seen a declining cow-to-calf ratio: the number of young for every 100 female mooses.

Colorado Parks and Wildlife has reduced the number and type of hunting licenses available to try to conserve animal populations in certain parts of the state, including Routt County. CPW studies the effects of recovery on animals, including birds and moose.

Wildlife conservationists and hunters said Routt National Forest should await the research results and base any decision on new scientific evidence showing non-motorized use of trails is causing moose to avoid birthing sites and other habitats. They also claim that federal environmental law requires the agency to conduct a more comprehensive analysis called an environmental impact statement.

“The Forest Service’s analysis of moose habitats is based on shockingly outdated science. Our legendary moose and Coloradans deserve better: a serious updated assessment instead of the standards from their 24-year-old forest plan,” said Suzanne O’Neill, executive director of the Colorado Wildlife Federation, a nonprofit advocacy group.

But Kelly, Mad Rabbit’s project manager, said the 1998 forest plan was the result of a broad, holistic view of the landscape.

Forest staff have considered some of the latest research on the effects of hiking and mountain biking on moose, Kelly added. During the five-year evaluation of the proposal, staff spoke to state wildlife officials, various organizations and community groups.

“There was a lot of interest from the community to add trails in this area,” Kelly said.

The project area includes approximately 127,120 acres of national forest land north and east of Steamboat Springs. Kelly said the latest survey of visitors to the forest showed that about half of the approximately 2 million people counted used the trails for recreation.

Proceeds from a voter-approved 1% lodging tax will fund the trails. Routt County Riders, who advocate for mountain bikers, said in written comments to the Forest Service that the group was overall happy with the draft plan.

The group said the trails will offer recreation for a wide range of people, including hikers, e-bikers and horse riders.

Frithsen noted that a team of specialists including botanists and wildlife biologists analyzed the project.

“The original proposal cut some trails that would have been really epic rides,” Frithsen said. “But we understand they’re trying to find that balance between conservation and recreation.”

The problem, according to the Keep Routt Wild group, is that several kilometers of hiking trails in key moose habitats have no seasonal closures at all, and other closures aren’t long enough. The group, which includes hunters and wildlife conservationists, said in written comments to the forest service that the assessment of the trails’ potential impact on roadless areas was insufficient.

“We now have a major development focused on tourism that will take place in a roadless area. I believe that sets an important precedent,” said Keep Routt Wild president Larry Desjardin.

Roadless areas are not subject to the same level of restrictions as federal wilderness areas, but are valued for their undeveloped properties and as wildlife habitat.

Kelly of the Forest Service said the proposed trails have been realigned to leave large undisturbed portions of the roadless areas alone. Unauthorized trails, carved with no regard for their impact, will be eliminated.

However, Keep Routt Wild said eliminating illegal trails will not mitigate the impact of new trails.

“It creates a kind of perverse or twisted appeal. If you create illegal trails, that can serve as justification for building new trails,” said Keep Routt Wild Board Member Deb Freeman.

The fabulous world of Jenny Fischer

Businesses increase consciousness on advantages of outside recreation | Information