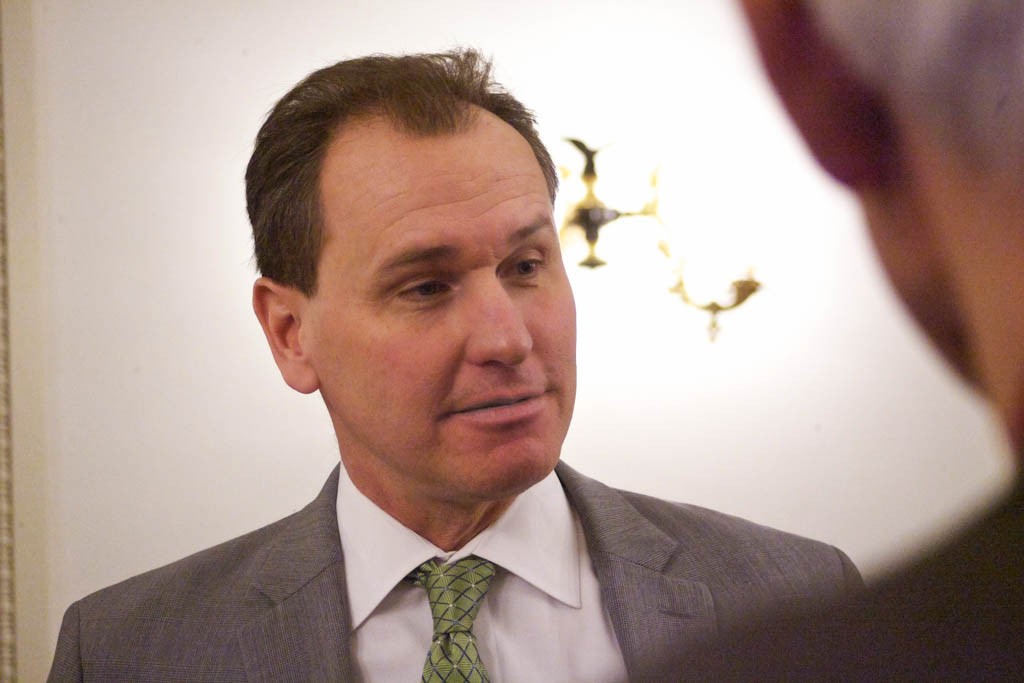 After a quarter-century with the Vermont Department of Forests, Parks and Recreation — and a dozen years as its commissioner — Michael Snyder is stepping down at the end of the year.

“It’s been a long time,” Snyder said in an interview on Friday. “Kind of extraordinarily long in a role like this. It’s very demanding. And at the same time I feel good where we are.”

Snyder said he had decided to time his resignation with the start of a new legislative biennium, which should give whoever succeeds him a chance to kick off at the same time as the arrival of a new generation of lawmakers in Montpelier in January.

Governor Phil Scott has not yet named Snyder’s replacement.

The outgoing commissioner said he’s looking forward to being home more with his young adopted daughter, but while he hasn’t made any immediate plans, he’s not retiring just yet.

“I look forward to exploring the development and next stages of my career in conservation and recreation,” he said.

Snyder said his departure was bittersweet and that he was particularly proud to be working with department staff to acquire more woodland and develop more state parks. modernize forest sector oversight and strengthen economic support for it; and development of the Vermont Outdoor Recreation Economic Collaborative and the Working Lands Initiative.

Snyder has headed the department since 2011, which oversees the management of 360,000 acres of state forest land and 55 state parks. The $32 million government agency employs nearly 150 people year-round and around 400 seasonally.

Snyder, a holdover from Democratic Gov. Peter Shumlin’s administration, was reappointed by Gov. Phil Scott when the Republican took office in 2017. Before being appointed Commissioner, Snyder was Forester for the Chittenden County Department for 14 years.

“I would like to express my sincere appreciation for Commissioner Snyder’s 12 years of service as Commissioner of the Department of Forests, Parks and Recreation,” Scott said in a press release issued by the Natural Resources Agency on Friday. “Michael has been a strong advocate for our forestry, outdoor recreation and so many things that make Vermont so special. I thank him for his commitment and wish him all the best.”

According to ANR’s press release, annual visitor numbers to the state’s parks increased by almost 40%, from 800,000 visitors annually in 2011 to more than 1.1 million visitors last summer.

In the same statement, Natural Resources Secretary Julie Moore said she was “extremely proud” of Snyder’s work, which she says has ranged from “responding to the escalating threats of climate change” to “overseeing the addition of more than 12,000 acres.” State Forest” rich and State Park lands through 34 projects.”

“Moreover, I am grateful for his service and even more grateful for the opportunity to learn from someone who is so passionate and knowledgeable about the Vermont landscape,” she said.

The lifelong forester is also a writer. In 2019, Snyder published Woods Whys: An Exploration of Forests and Forestry, a collection of essays from his column in Northern Woodlands magazine.

Did you know that VTDigger is non-profit?

Our journalism is made possible by member donations from readers like you. If you appreciate what we do, please contribute during our annual fundraiser by sending 10 meals to the Vermont Foodbank.

Baker’s Sporting Items to be Presenting Sponsor of FloridaHSFootball.com Scoreboards for...

RCC faucets Becton to guide out of doors recreation applications