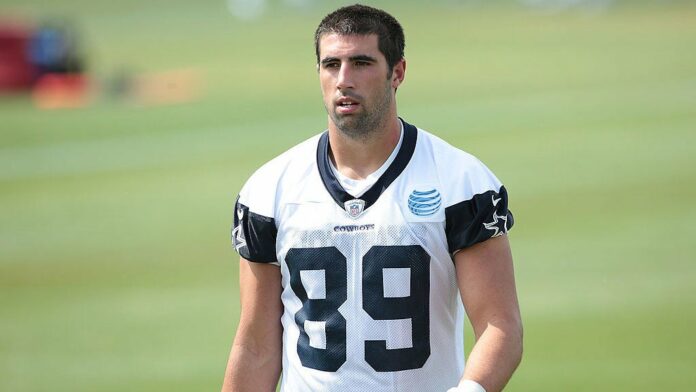 An ex-Dallas Cowboys football player is one of two rock climbers who were found dead on Thursday at the base of Tahquitz Rock, a popular crag near Idyllwild, California.

The Riverside County sheriff’s office identified the deceased as 33-year-old climber Chelsea Walsh and 31-year-old Gavin Escobar, both of whom lived in Huntington Beach.

Outside’s sister publication Climbing confirmed that Walsh was a filmmaker who worked on the recent climbing documentary Light, which focused on climbers who overcame eating disorders.

Escobar played tight end for the Cowboys from 2013-2016 before ending his career with the Baltimore Ravens in 2017.

The news was first reported by the Desert Sun.

Escobar worked as a firefighter in Long Beach, and on Thursday the regional fire department issued a statement on social media confirming his death.

“It is with deep sadness that we announce the off-duty death of Long Beach Firefighter Gavin Escobar. Hired on February 5, 2022, Firefighter Escobar was assigned to Fire Station 3 on B-shift,” the statement said. “Firefighter Escobar leaves behind his wife and two young children.”

On Thursday, news circulated online of two deaths at Tahquitz Peak, a popular hiking and climbing destination located 100 miles east of Los Angeles. Crews from the Cal Fire/Riverside County Fire Department responded to a report of injured climbers at the base of the rock at noon on Thursday, and they found Walsh and Escobar there. Officials said it appeared that the two were ascending the rock face on Tahquitz Peak, but did not provide further information.

According to our sister site Climbing, the two may have suffered an accident during a rappel. The site quoted an Idyllwild local who spoke to crews involved in the recovery, and the individual said that one of the climbers was attached to a rope with a belay device, while the other had a belay device but was not attached to the rope.

This story is still developing.

These Anglers Are Inspiring the New Spirit of Fly Fishing

A Daring Plan to Make Professional Biking Cool Once more