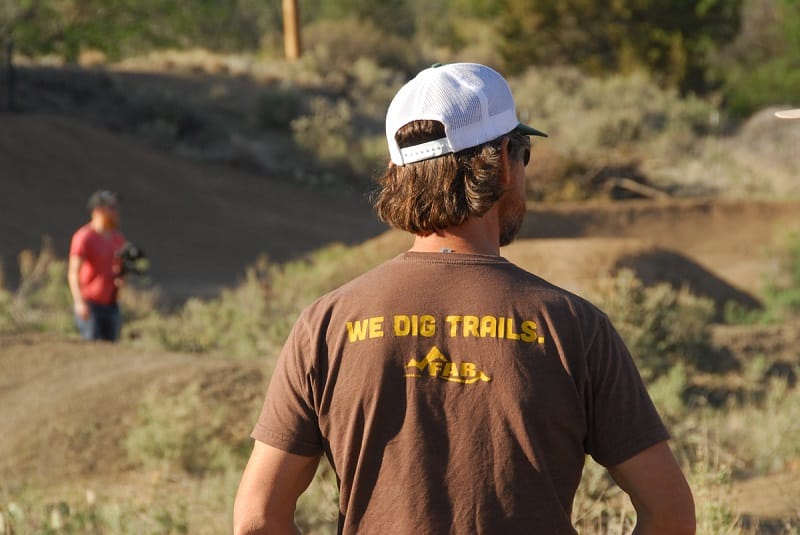 Ashlee Sack, who was relocated to Canon City, Fremont County, from growing up in California as an adult, knows that how a community connects is critical to protecting its outdoor resources. As Coordinator of FAR (Fremont Adventure Recreation), a non-profit organization that helps promote a culture of community and healthy living through outdoor recreation in the Royal Gorge region, she takes both practical and educational approaches to conservation and construction of hiking trails by encouraging everyone to enjoy nature responsibly.

Sack says Canon City and Fremont County are in a unique position to be surrounded by so much public land. While not land managers themselves, FAR are part of the Pikes Peak Outdoor Recreation Alliance, which allows them to partner and communicate with other businesses and organizations with similar goals in the area.

“All of us on the FAR board, myself included, are recreational athletes in some way. So we’re really the proponents of trail systems and recreation in our community.” Sack says they all know the Bureau of Land Management and Forest Service are short on funds, so FAR is stepping in in its own way to help the land managers , identify priorities and then help fund projects that are appropriate for the region. It can be localized outdoor events like 5k races. Path building and clearing initiatives or new park constructions such as the recently opened bicycle park The Yard.

“Steve Thomas of Terra Firma Trail at The Yard Opening in May 2021. He has helped build dozens of miles of trails in the Canon City area.” Photo courtesy of FAR.

The guiding document for Fremont County’s outdoor recreation is called the Eastern Fremont County Trails, Open Space and River Corridor Master Plan, which was adopted in 2015. The large project building from this plan is the Royal Loop. Sack explains that the Royal Loop will give hikers, trail runners and mountain bikers access to public land by directly connecting the Royal Cascade Trail to downtown Canon City.

“We really want to sort of create this connected system of trail systems that allows people to put in a greater number of miles while still looping so you can end back where you started. That way you don’t take off downtown and end up 50 miles away in the middle of nowhere.”

Sack says they recognize that most urban recreation seekers really want to be connected to a downtown area. In this way, a person can start their ride or hike with individuals or with friends, go out and usually end back in the city.

The Yard Bike Park is another project that was completed in 2021. “When COVID hit, we realized that our priorities changed just a little bit.” FAR had the opportunity to use some of the money raised along with some donations from the community ($14,000 from community members alone) to fund construction of the park to complete.

“We just have so many kids and adults enjoying this park with easy access to the Riverwalk, the main thoroughfare in Cañon City. So that was a big win.” 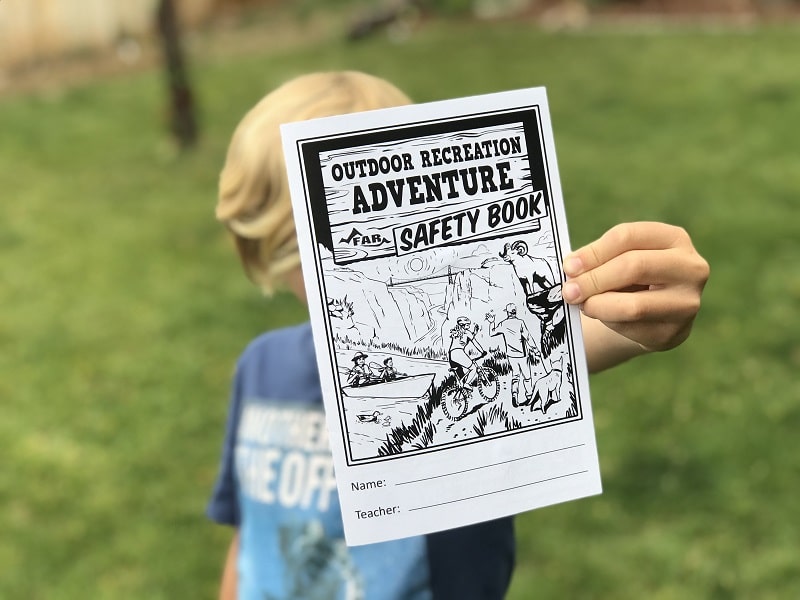 But even before practical applications such as the Royal Loop or The Yard, education begins with younger children. FAR partners with Care for Colorado in the Leave No Trace initiative. “And it’s very important to us that we use common rhetoric.”

As a result, FAR created a full-color safety book for its youngest recreation seekers that introduces vocabulary consistent with important care principles to protect outdoor resources such as fire safety and garbage disposal. FAR also publishes the Adventure Guide, an 80-page book that promotes specific outdoor spaces and trails for use by younger adventurers in the area (with their parents’ supervision, of course).

Sack says the list in the book is not exhaustive. “There are trails that we don’t include and that’s mostly because we don’t keep tabs on them regularly and don’t help manage them. But the ones we do list, we feel comfortable telling people about them.”

FAR’s approach is that when they tell people to get going, they want those people, young and old, to behave responsibly in caring for them.

FAR also works with the police and fire departments to create these books. Sack says they asked law enforcement in the area what they think should be shared with the children in this type of localized literature. “And one of the things they said was, ‘Look, kids don’t know where they’re going [sometimes] and when they get lost, they often don’t know what to do when they get separated.’”

Sack says those officers asked her to include the following: “If you get lost, hug a tree.” That suggestion, she says, is because first responders have told them that children often get lost more than they do already are that they will lose their way and move further away from where they got lost. 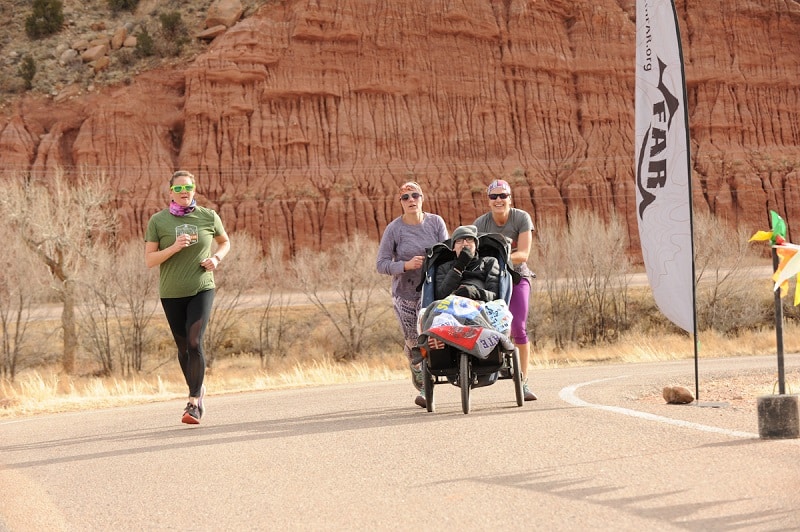 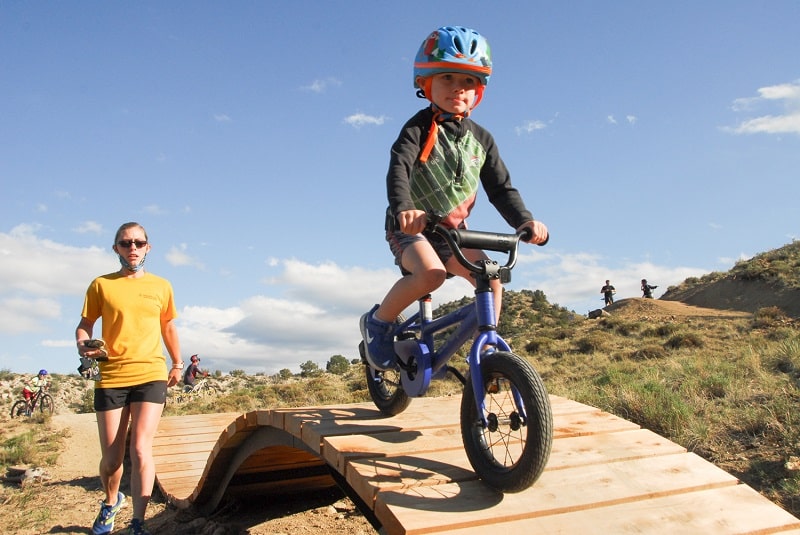 “A young mountain biker tries out one of The Yard’s new features when the park opens in May 2021.” Photo courtesy of FAR. 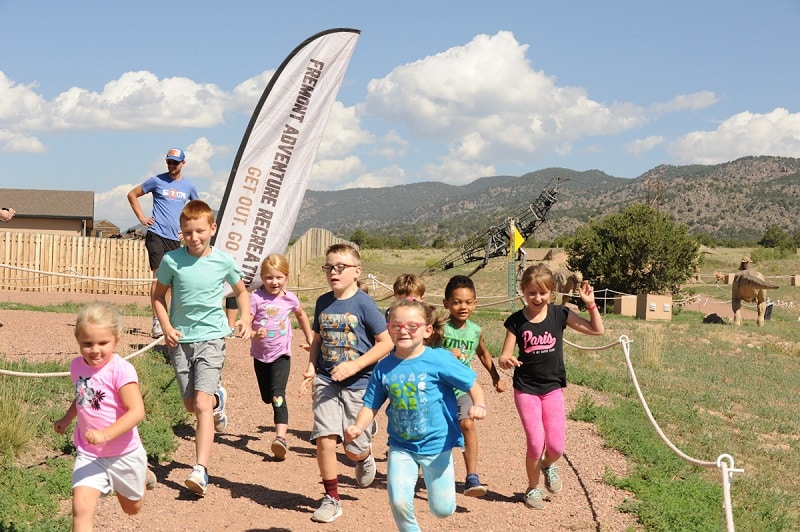 Applying these lessons to children, Sacks looks back to her own connection to nature from a young age. She grew up in a small community called Atascadero, California, which is halfway between Los Angeles and San Francisco on California’s Central Coast. “I grew up in the Salinas River. My mom and I rode our horses, my brothers rode their ATVs and we all met down the river and played and then walked back to our house. So that was my experience growing up. I was immersed in nature from a young age as part of my daily recreation. Obviously, the Salinas is very different from the Arkansas River. That was a real shock for me. There are rocks at the bottom of the Arkansas River. I did not expect that. But other than that, Canon City is a very similar community.”

In terms of the ecology and relationship to land between the two places, Sack says the only really noticeable difference is the treatment of the water, not so much the treatment of the land. “We are all trying to preserve the country. Landscapes, agriculture, all the open spaces that we take for granted in terms of protection, [we all approach it in] similar ways. But in California we’ve treated water as a scarce resource for as long as I can remember. Forest fires were the order of the day. In the summer we showered for three minutes. You recycled everything you recorded.” 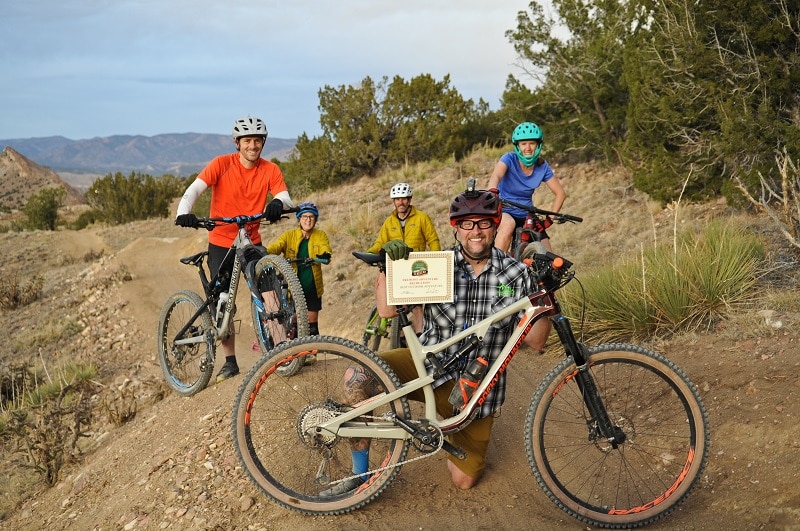 But when it comes to outdoor recreation, FAR and its board of directors inspired Sack with their passion to transform public land access in the local community. Sack herself originally moved to the area to become a rafting guide, so she had an innate love for the natural land.

Widespread use is crucial. For example, she says, “If you’re not a hunter, you’re not going to go on these bush tours and trails to hunt moose. But if you’re just the average person who wants to see something nice on your lunch break when you have an hour, FAR helps lay the foundation for education and trail and event building to make that happen.” She narrates that exploring these areas responsibly is for everyone, not just the avid hardcore outdoor adventurer.

According to Sack, FAR isn’t just dedicated to building trails — although she says it’s important — to the overall health of the community in their outdoor endeavors. “If you don’t build a culture around outdoor recreation and help people learn how to do it, where to do it, or how far to do it, you’re creating something that no one in this community can leverage.” “

Sack says if one person now walks into a Canon City classroom and asks children to raise their hand when they visit a local trailhead, it would be a minority. “Our goal is to create a culture of outdoor recreation so that in five, ten years, when you visit a classroom and you ask children to put their hand up and say, ‘Have you visited the Eagle Wing Trailhead to see the Hiking South Canyon, more than half will raise their hand. And that will be a success story for us. Because if you build the trails and nobody visits them and your community can’t enjoy them, what have you really done?”

The Maverick Observer is a free-thinking online publication interested in what’s happening in our region. We started in February 2020 to hold our politicians and companies to account. We hope to educate, inform, entertain and give you a sense of community. 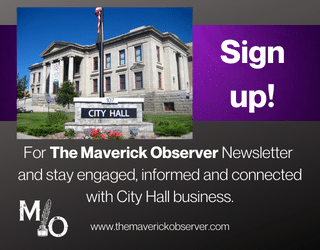 The Amie L. Mathy Middle for Recreation and Training at Viterbo...

Ought to You Purchase DICK’S Sporting Items (DKS) Forward of Earnings?...

Ten Out of doors Issues to Do for Boise Summertime