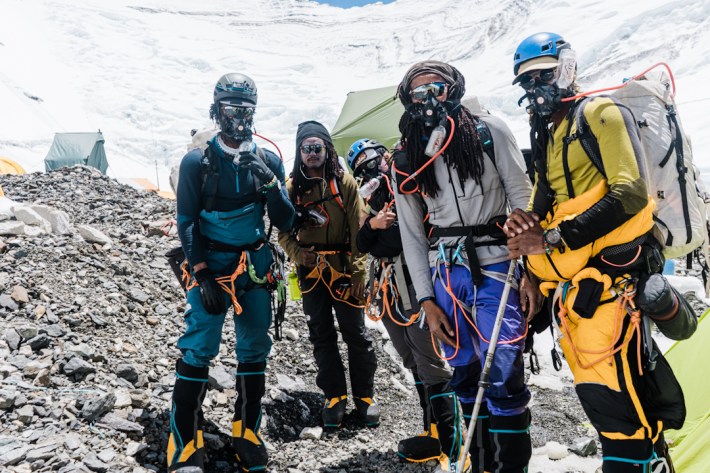 The walls of the dining tent were covered with letters from elementary school students cheering on the climbers from afar.

The climbers of the Full Circle Everest Expedition saw these letters every time they gathered for dinner at Everest Base Camp.

“That was our inspiration. It was real,” said Thomas Moore, the Denver-based climber who last month was part of the first all-black climbing team to summit Mount Everest, nearly doubling the number of black athletes to scale the world’s highest peak .

These letters not only motivated the climbers to reach the summit. The notes of schoolchildren across the country revealed a mission taller than a mountain.

“As a group with many different backgrounds, we’re able to speak to a pretty broad audience, not just black people,” Moore said. “This can contribute to nature conservation. It sounds funny to say it out loud, but it takes more than just white people to conserve nature. In order to better protect nature, the whole collective needs to come together and move as a group. That’s what I think we can do: show the benefits of getting outside. Bring more people into nature. We all recognize it. We all see it. Now is the time to spread that message.”

In the historic May 12 summit attempt, several members of the Full Circle Everest team of nine climbers scaled the 29,032-foot summit. Full Circle’s goal—beyond reaching the top of the world—was to encourage more people of color to spend more time in nature and achieve lofty goals. After more than a year of training and fundraising plus six weeks in Nepal preparing for the climb, the expedition is now shifting into a new mode, sharing the mission’s success as a tool to diversify and expand the outdoor recreation world.

“We definitely hope that this will have a lasting impact on our community,” Eddie Taylor, a Full Circle climber and teacher and running coach at Centaurus High School in Lafayette, told The Colorado Sun last September. 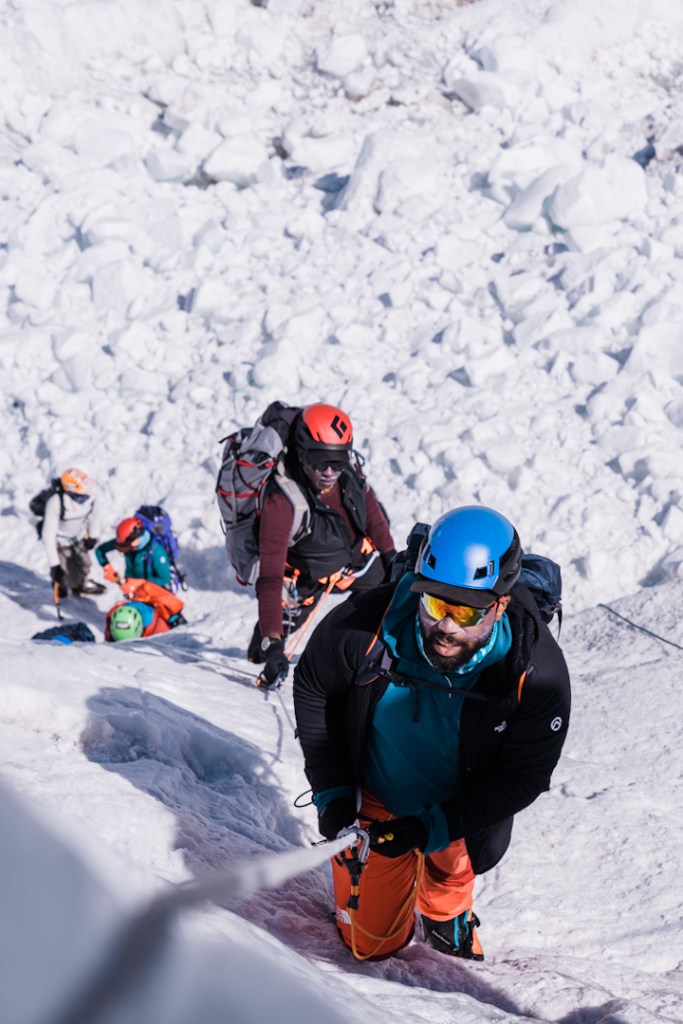 Taylor, who has spent his adult life leading children and friends into the great outdoors, bemoans the lack of people of color on his local rocks and remote mountain trails. “Maybe this expedition can help change that,” he said in September.

Now that Taylor has been home for a few weeks — and has been able to catch athletes he’s coached for four years competing in state finals — he’s beginning to realize “this expedition could have a lot of implications.”

“Our goal was to inspire others to get outside, and that’s already happening,” he said.

The team spoke to classrooms across the country over the internet as they acclimatized at Everest Base Camp. Taylor sees the expedition not just among kids of color, but also among city kids who may have always viewed Mount Everest as something for the best athletes.

“Now we have this whole group of kids who see Everest as something more accessible,” Taylor said. “Maybe we’ve helped people think in a new way about Everest and maybe what the face of mountaineering should look like.”

The group has plans for a documentary detailing their preparation and ascension. There are initial plans to set up a non-profit organization Full Circle, which could introduce even more people to the world of mountaineering with guided tours and programs. The timing is right.

After years of struggling to move the needle of participation, the outdoor industry has welcomed a surge in the number of people getting outside during the pandemic. The Outdoor Industry Association’s 2021 Participation Report showed that more Americans are embracing outdoor activities, with newcomers tending to be young, more ethnically diverse, and from urban areas. The challenge now is to maintain this momentum as the pandemic subsides.

Full Circle can help with this.

“It would be so amazing to see this as a way to introduce more kids to the outdoors,” said Moore, who read the 2017 book The Adventure Gap: Changing the Face of the Outdoors, which described the first straight African American Summit attempt on Denali and ranks history as the turning point that led him to mountaineering. “I know this can work because it has worked for me. I hope we can help change the face of nature and maybe add a little more color.” 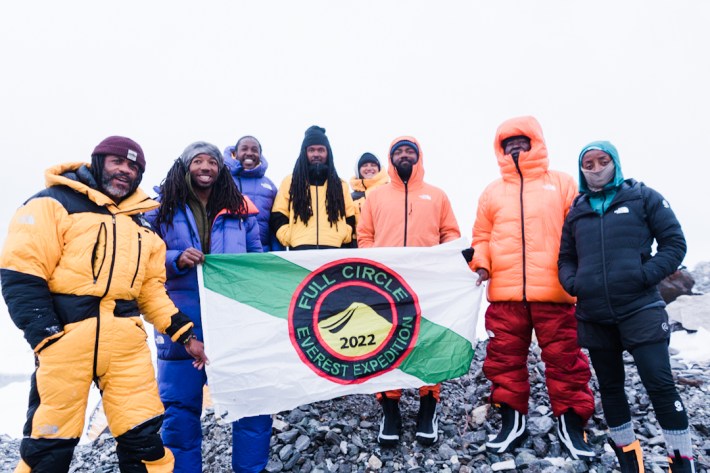 Leaders of the outdoor recreation community who have worked for years to welcome more people of color ushered in the historic summit. But their appreciation goes beyond a tale of endurance and triumph, even from an all-black team.

Full Circle’s success is sure to inspire generations of young people for years to come, said Misha Charles, senior manager of change, capability and culture at Vail Resorts. Charles is a mountaineer who studied the sport with Full Circle expedition leader Phil Henderson.

“Phil has developed a leadership model that prioritizes vision, grace and humility, and a framework for mountaineering that emphasizes mountain guide expertise, respect for host communities and responsibility for the natural environment,” said Charles, adding adding that she was “beaming with pride” at the team’s success. “This is the future of climbing, these are the rock stars of today.”

Patricia Cameron, the Colorado Springs journalist who started Blackpackers to bring more diverse youth and families closer to the outdoors, also swells with pride as she reads the lyrics, “We made it!” Social media posts by the Full Circle team. And like Charles, she sees a team that has worked under incredible pressure is now able to open even more doors for people of color.

Cameron said her overarching goal with Blackpackers is not just to expose young black girls to trails and mountains, but to give them a career path.

The first all-Black Americans to scale Everest may do the same.

“There’s more to this than just getting outside and getting more people to go outside,” she said in an interview with The Sun. “This is the outdoor industry’s opportunity to show that there are ways to succeed and lead in this industry and space. That’s huge.”

We believe important information needs to be seen by the people affected, whether it be a public health crisis, investigative reporting, or legislative accountability. This coverage relies on the support of readers like you.