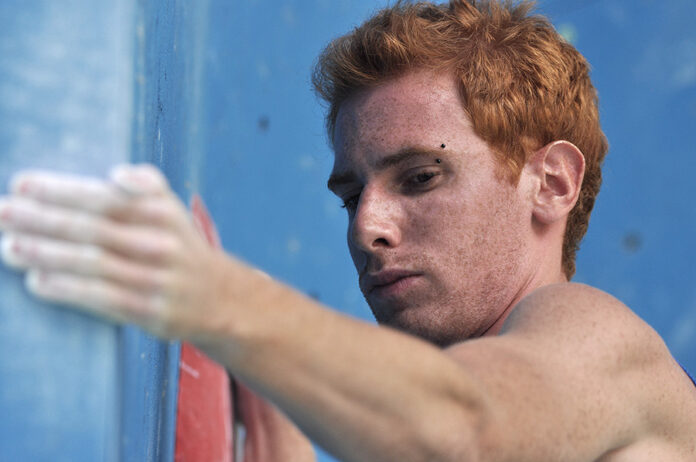 Gabriele Moroni has made the first ascent of Trofeo dell’Adriatico, a new 9a+ at Arco, Italy. Located at the crag Bus de La Stria and on one of the most panoramic natural balconies overlooking the valley, the route was originally bolted by David Lama over a decade ago.   The Austrian tipped off Moroni about the line when they met at World Cup in Chamonix over 10 years ago.

At that time Lama was beginning to trend away from climbing competitions, and he’d just climbed Bellavista on the Tre Cime di Lavaredo in the Dolomites and Voie Petit on Gran Capucin in the Mont Blanc massif. His transition from sport climbing and competitions to the big mountains would soon make him one of the best mountaineers all-time (the first free ascent of the Compressor Route on Cerro Torre in 2012 and the first ascent, solo, of Lunag Ri in Tibet in 2018, are just two of his extraordinary ascents) before the fatal accident on Howse Peak in Canada in 2019 with Hansjörg Auer and Jess Roskelley.

The route is about twenty meters high with an obvious crux after about 15 meters. Moroni tried it assiduously last spring believing he was close to the redpoint, but the last few meters proved tricky, too, and the first ascent had to wait until last Monday.

Should the 9a+ grade proposal be confirmed, then this would be Moroni’s hardest first ascent to date, after his 9a+ repeats of Naturalmente at San Rocchino (2021), Demencia Senil at Margalef (2019) and Goldrake at Cornalba (2014). In any case, Moroni believes this is “the best hard route of the area!” and therefore a worthy tribute to Lama who had spent much of his early climbing career in and about Arco.

This Is The Paramount Outside Navigation App For Hikers And Backpackers