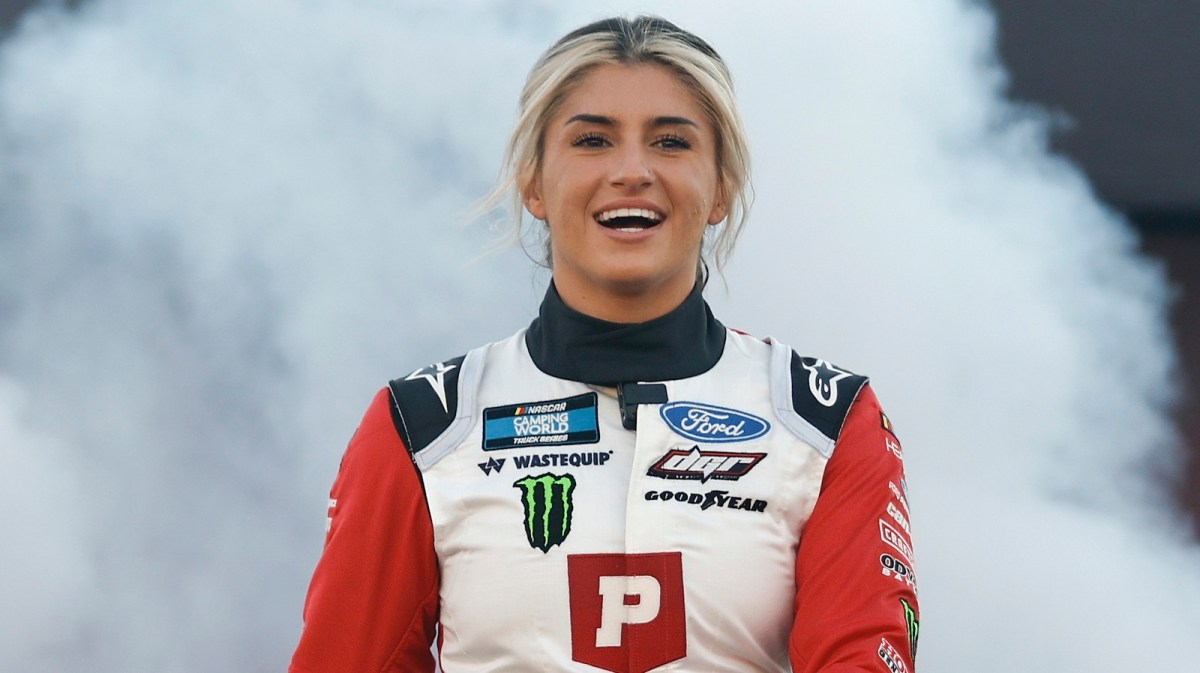 Kevin Harvick turned up the heat on several aspects of driver safety in the NASCAR Cup Series last week (no pun intended given his car fire in Darlington).

His comments came after a number of drivers had spoken out in recent weeks about the blows they took in the next-gen car’s first season being among the toughest of their careers.

Turns out drivers aren’t immune to the pain inflicted by wrecks in other series. NASCAR Camping World Truck Series competitor Hailie Deegan used the break between playoff races to face Crown Victorias in the Bristol 1000 on September 4, and it ended badly for her, both athletically and physically.

Hailie Deegan calls wreck ‘the hardest hit I’ve ever had’

Hailie Deegan is in a disappointing 21st place with four races to go and is unlikely to match her 17th place finish from her rookie campaign in the 2021 truck series. The development is dampening her ambition to advance to the NASCAR Xfinity Series in 2023, though she has enough clout with sponsors to keep that door open.

If the Xfinity series’ crashes are as bad as the ones she experienced in a car at her last race over Labor Day weekend, maybe Deegan should reconsider and try to stick with trucks.

Deegan competed in the Cleetus & Cars Bristol 1000 at the 0.533 mile course of the popular Bristol Motor Speedway. It should have run 100 laps, but Deegan didn’t make it past the first 20. While battling for the lead in the #14 Crown Vic, she came out of a corner with two competitors in her midst. These cars tied up and collected Deegan and turned her at a 45 degree angle against the outside wall.

Half a dozen others who followed were caught up in the aftermath, but Deegan’s car was among the most badly damaged.

Posting on her YouTube channel the next day, Deegan announced, “That was the hardest hit I’ve ever had.”

Deegan sat deep in the relatively large car and thought for a moment that the driver next to her would be able to save it after the first contact. Unfortunately, that wasn’t the case, and she paid the price.

“My knees were hitting so badly,” she said, “and then the knee that I screwed up at Millbridge, it hit the bottom of the steering column. That hurt so much.”

What’s next for Hailie Deegan?

Hailie Deegan, who drives the #1 Ford for David Gilliland Racing, followed up on her mishap at the Bristol 1000 by finishing 22nd in the NASCAR truck series race at Kansas Raceway.

Deegan did not qualify for the playoffs, but Kansas reduced the championship field from 10 to eight contenders. The field is back in action in Bristol on Thursday.

The next races are at Talladega on October 1st and Homestead-Miami on October 22nd, after which Championship 4 is scheduled for the November 4th finale at Phoenix Raceway.

Do you have a question or observation about racing? Sportscasting’s John Moriello does a mailbag column every Friday. Write to him at [email protected]

Speaking concerning the financial affect of out of doors actions with...

Monviso in winter within the footsteps of Patrick Berhault / The...